One of the smallest distilleries in Scotland, Glen Scotia is also one of just three currently operating in Campbeltown.

It could be its years spent as a supplier of fillings for blends, but there are elements of flexibility built into Glen Scotia. Three types of malt are processed [unpeated, medium-peated and heavily-peated] in its open-topped, cast iron mash tun giving wort which is fermented in (new) stainless steel washbacks, but the fermentation time will vary between short (giving nutty) and long (fruity). There is a single pair of stills. The greatest level of investment today is going into wood. 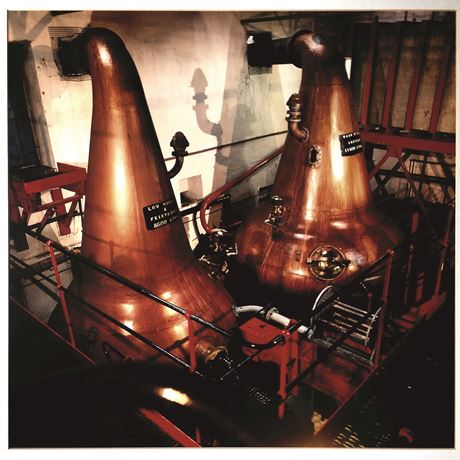 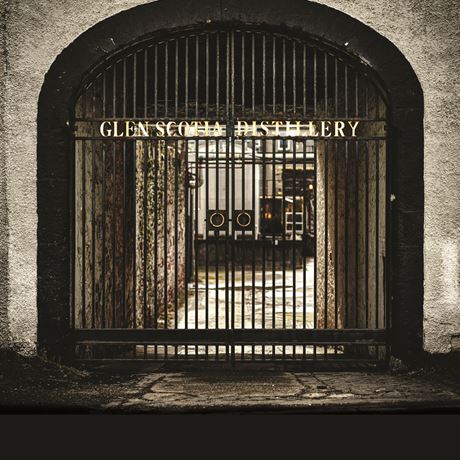 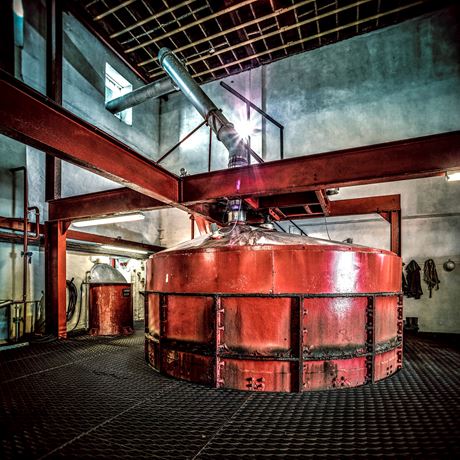 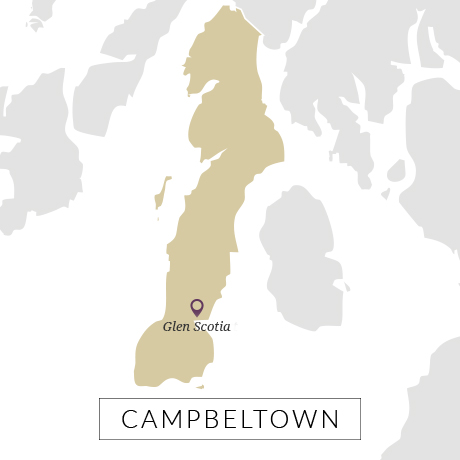 The distillery, originally named Scotia, was built in 1832 by Stewart, Galbraith & Co who ran it until 1895. In 1919, it was one of the founding members of West Highland Malt Distilleries which brought together six Campbeltown distilleries in an attempt to share costs and stave off potential closure. Five of the six failed, but in 1924 when the axe was falling across Campbeltown, Scotia was purchased by Duncan MacCallum who had founded Glen Nevis. He was forced to close it in 1928, but it reopened in 1930. That year however, MacCallum committed suicide after owing his life savings in a scam (his ghost is said to haunt the distillery) and it was bought by Bloch Bros [see Glengyle, Scapa] which added ‘Glen’ to the name.

Bloch retained ownership until 1954, when its distillery estate was sold to Canadian giant Hiram Walker, but clearly Campbeltown malt was not part of its plans and 12 months later it was in the hands of blender A. Gillies & Co.

It in turn became the Scotch arm of Amalgamated Distilled Products Ltd which supplied bulk and bottled malt in a myriad of names globally. ADP in time owned Barton Brands [see Loch Lomond]. Despite reconstruction work at the end of the 1970s, Glen Scotia closed between 1984 and 1989 and when it reopened it was under the ownership of Gibson International (which had bought ADP’s distilling interests).

In 1994, Gibson’s whisky interests were bought by Glen Catrine Bonded Warehouse Ltd which promptly mothballed Glen Scotia once more. It worked intermittently until 1999, when it returned to fully staffed production. Although a 12-year-old was available, it was more widely available through occasional bottlings by independent bottlers. In 2012 however a new range, with striking wrap-around packaging featuring Highland cows, was launched. With Glen Catrine’s subsequent purchase in 2014 by private equity firm Exponent, there are hopes that there will be further investment in plant and brands.