Glenturret has stuck to its farm origins, remaining one of the smallest of Scotland’s plants.

The mash tun contains only a tonne of grist, the washbacks are wooden, and the stills have a slightly rudimentary look about them, suggestive of a more rustic approach to whisky-making. This is not, however, borne out in the spirit, which is light, acidic and intense. Some heavily peated malt (called Ruadh Mhor, ‘Big Red’) is also made, which under previous owner Edrington went into The Famous Grouse Smoky Black. 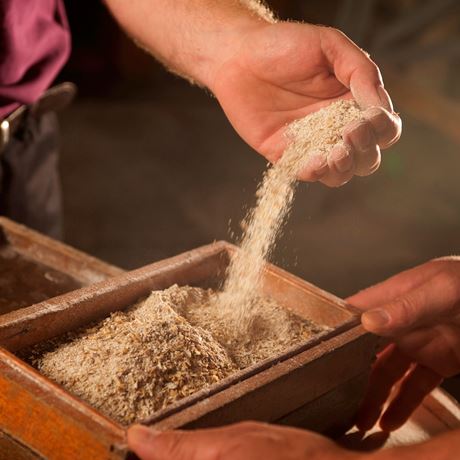 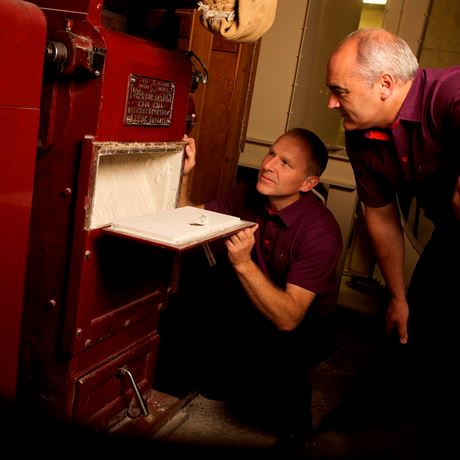 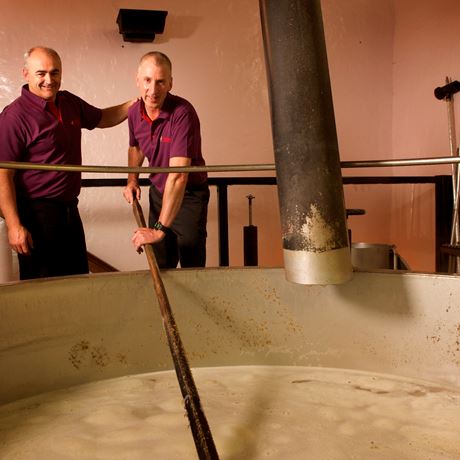 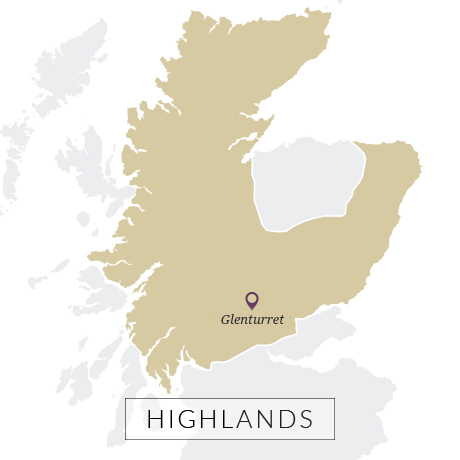 Glenturret has an uncommonly chequered history. On one hand, it is fond of claiming to be Scotland’s oldest distillery. On the other, it could be said to be one which helped to usher in a new era for distillation.

The oldest distillery claim doesn’t stand up to much scrutiny. The site is said to have been the location of an illicit still known as The Hosh (Gaelic for ‘foot’) which was operational in the 1770s, though quite why an illegal operation would have a name is slightly unclear. Licensed distilling on the site only started in 1818 when John Drummond began making whisky.

Unlike many small Perthshire distilleries of that period, it survived the trials of the 19th century and in 1875 it changed its name from The Hosh to Glenturret – taking the name from a nearby distillery which had failed 20 years previously.

The troubled times of the 1920s hit it hard, and in 1928 it was dismantled. In the late 1950s, however, James Fairlie had the idea of building a new plant inside the old buildings. He bought the stills and mash tun from Tullibardine (which was being refitted) and got Glenturret up and running once more in 1960, in time to take advantage of the upturn in whisky’s fortunes.

Fairlie and his son Peter also saw the potential in whisky tourism and soon opened a visitor centre – the second distillery to do so.

It was, for a decade, part of Rémy Cointreau (1981-1993) before joining Highland Distillers (now Edrington) who, in 2002, radically transformed the visitor centre into The Famous Grouse Experience.

In June 2018, Edrington announced that, along with Cutty Sark, Glenturret was up for sale. Six months later, it was sold to Glenturret Holding, a joint venture between luxury goods business Lalique Group and Swiss entrepreneur Hansjörg Wyss, Lalique’s second-largest shareholder. The sale signals the end for The Famous Grouse Experience in its current form and location.

Single malt bottlings of Glenturret have been rare, although there was an abortive attempt to introduce a three-strong range in 2015. The new owners are planning to launch a new range of single malts in 2020, overseen by former Macallan colleagues Bob Dalgarno (Glenturret master blender) and Ken Grier (strategic consultant).