A seaside distillery, Macduff is located in the fishing port of the same name, on the banks of the River Deveron, next to the Moray Firth.

Macduff distillery has a classic, clean and functional Delme-Evans design, with the stillhouse being the most intriguing part of the engineering.

In here are five stills – two wash and three spirit – all of which have upward-tilting lyne arms that have a right angled kink in them. The spirit stills also have horizontal shell and tube condensers. The character is nutty (slightly sulphury at new make stage), with quick mashing, short fermentation and cold condensers. It is this last technique which adds weight to the spirit. It could well be that the kink in the lyne arm helps create just enough reflux to contribute a balancing fruitiness. 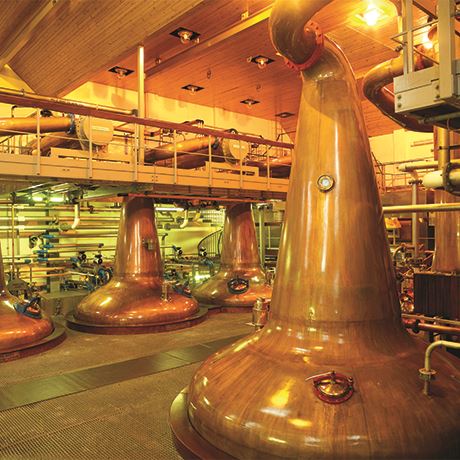 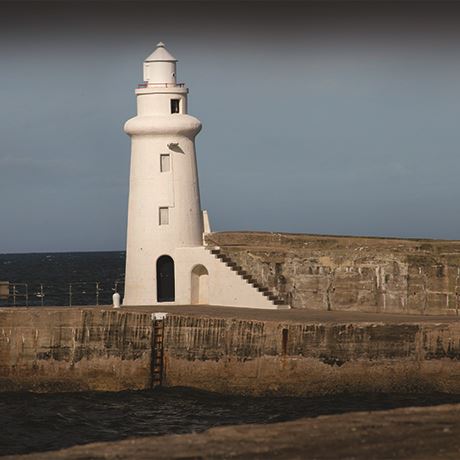 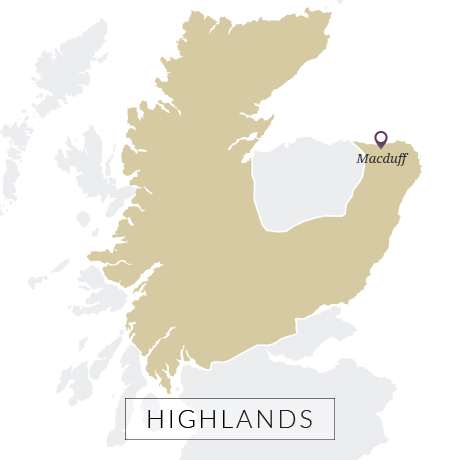 A modern distillery, Macduff (whose whisky is bottled by its owner as either Glen Deveron or The Deveron; Macduff is only used by independent bottlers) was built in 1960 to tap into the post-war whisky boom. The group of Glasgow brokers who were the original owners included Brodie Hepburn [see Tullibardine, Deanston] and it was through them, one imagines, that William Delme-Evans was chosen as architect. Brokers Block, Grey & Block were in charge between 1966 and 1972 when it became part of William Lawson, the whisky arm of Martini & Rossi.

The distillery had been slowly expanding in terms of production throughout its life and its Italian owner upped the number of stills to five in 1990. By then a range of single malts had been released, all under the name Glen Deveron.

In keeping with the Italian market’s love of young fresh malts, a five- and eight-year-old were early members of the range. Two years later, Martini merged with Bacardi and in 1995 Macduff became part of the Dewar’s stable.

In recent years, the William Lawson blend has become a huge seller in Russia, but that hasn’t stopped Dewar’s plans to relaunch the single malt as Deveron.