High-toned, almost nervously so as new make, Royal Brackla has shed the smoke which was a signature of the dram in Capt Fraser’s day.

The distillery set-up is all about creating and then capturing esters – the fermentation is long, the lyne arms of the stills are angled upwards, the copper conversation a long one, the reflux plentiful.

As well as having this fresh, perfumed fruitiness Brackla also possesses a clean acidity, and it is this which allows it to cut though the powerful flavours given during ageing in ex-Sherry casks, the maturation style chosen by Dewar’s for its single malt releases. 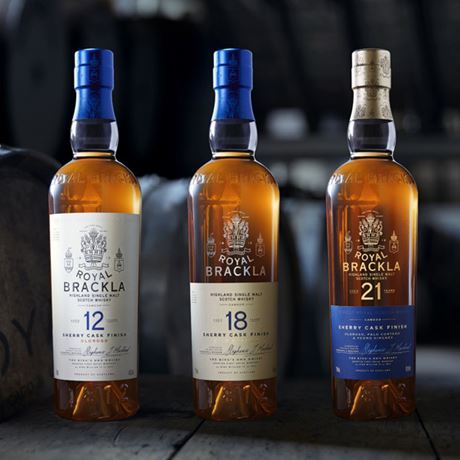 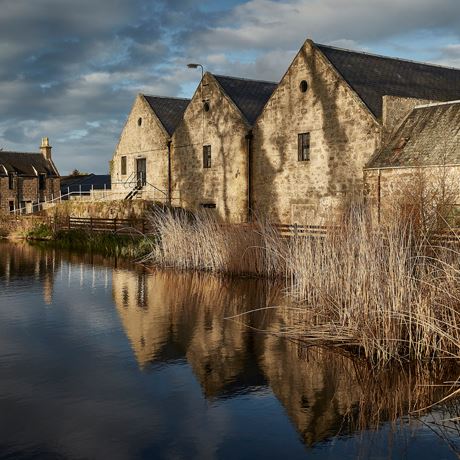 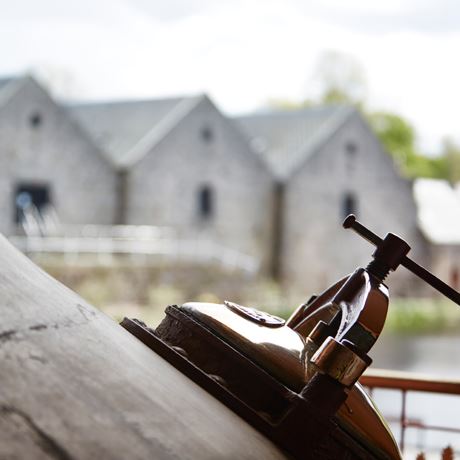 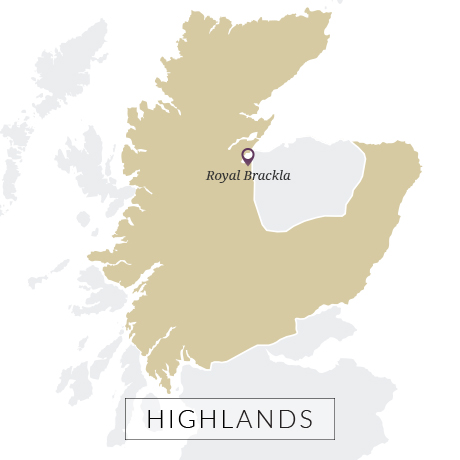 Whisky making has taken place on this site since 1817, when the irascible Captain William Fraser took out a licence for his Brackla distillery – mainly it would seem to put a stop to the rascally moonshiners who were making a fine living in the surrounding lands.

Capt Fraser may have been a deeply unpopular man, but his whisky was well-received. In 1835, it was the first Scotch to be granted a Royal Warrant and the rights to call itself Royal Brackla. This seal of approval from King William IV led to Brackla being known as ‘The King’s Own Whisky’.

The Capt Fraser connection lasted until 1879 and, like so many other 19th-century distilleries, it became closely associated with blending. Andrew Usher, who is recognised as having made the first commercialised blend, was agent for Royal Brackla and became a director in 1887.

It passed into the hands of Mitchell & Leict of Aberdeen, who sold it in 1926 to fellow Aberdonians John Bisset & Co (a subsidiary of Booth’s the gin distiller) and, when that firm was purchased in 1943, it became part of DCL.

The industry giant increased production in 1964, but was forced to close it down between 1985 and 1991 due to an industry surplus. Four years later, it was one of the distilleries sold to Bacardi-Martini when the then newly-created Diageo had to offload Dewar’s and attendant distilleries.

Royal Brackla remained a quiet producer of malt for blending until 2014, when Dewar’s announced that a five-strong range of single malts would be launched in 2015, part of a company-wide programme dubbed The Last Great Malts.

In October 2019, Dewar’s unveiled plans for a revamped Royal Brackla range, comprising 12-, 18- and 21-year-old expressions, bottled at a higher strength of 46% abv and without caramel colouring. The new range was due to be rolled out from spring 2020.