One of the sweetest single malts, Aberfeldy’s characteristic honeyed note is the result of very long fermentation, coupled with slow distillation.

A thick, almost waxy texture (though not as overt as in DCL days) adds some weight to the mid-palate, allowing long-term maturation. The bulk of the new make is aged in ex-Bourbon casks, but the occasional Sherried release shows that this is a malt which has guts. 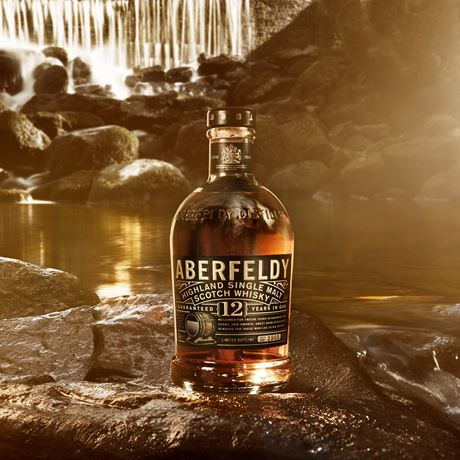 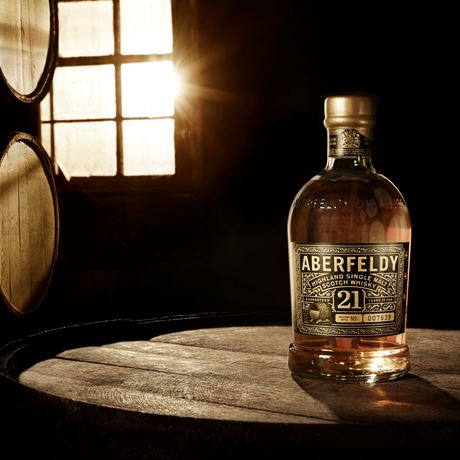 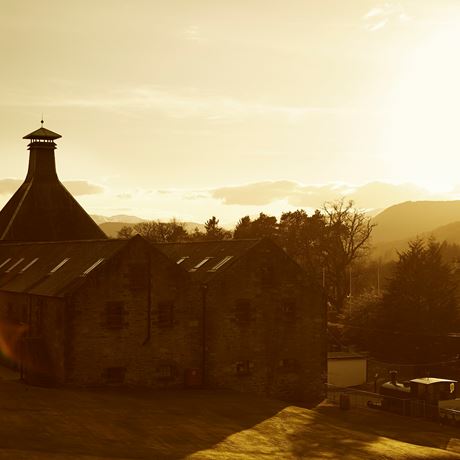 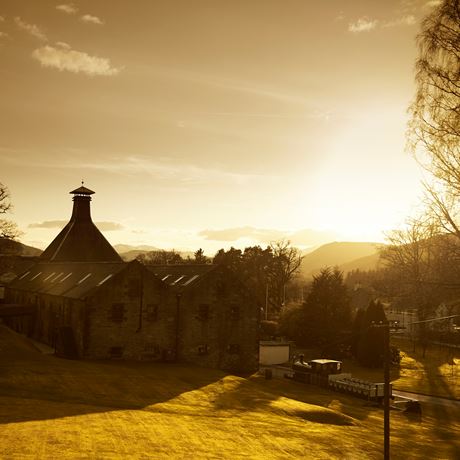 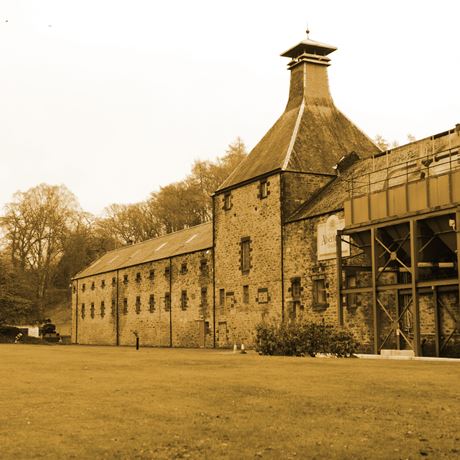 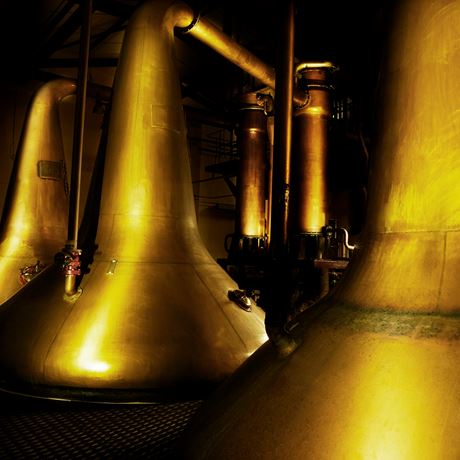 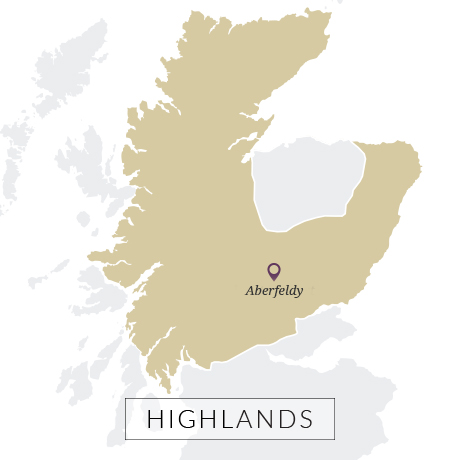 John Dewar & Sons was typical of many of the blending firms which were founded in the 19th century. Dewar himself, though born in humble surroundings in a croft at Shenvail, became a wine merchant in Perth and by the middle of the century had started to blend whisky. It was however his sons, John Jr and Thomas (always known as Tommy), who made the family firm a globally recognised name.

In the 1890s, they decided to go into whisky production and built a distillery at Aberfeldy, only two miles from where their father had been born. The site had originally been a brewery and some distillation had taken place in the early part of the century. Fed by the Pitilie Burn [where gold is still panned] Aberfeldy became the malt at the heart of the firm’s blends. A private railway line linked the plant with the firm’s operational hub in Perth.

Dewar’s joined DCL in 1925 and in 1973 the Aberfeldy site doubled in capacity to its present size. It changed ownership in 1998, when the UK Monopolies Board forced the newly formed Diageo to offload one of its brands and attendant capacity. The Dewar’s estate [the blends, plus Aberfeldy, Aultmore, Craigellachie and Royal Brackla] were bought for £1.1bn by Bacardi-Martini.

The new owners invested heavily in a highly impressive educational facility - Dewar’s World of Whisky - which tells the story of the house of Dewar - and blending.

In more recent times, Aberfeldy has been sold in small quantities as single malt and in 2014 was repackaged. A new, permanent, five-strong range is to be created.