Compass Box’s flagship blended grain whisky broke the mould upon its introduction in 2000.

Hedonism’s creator John Glaser dreamed of creating a Scotch that showed off the spectrum of flavour grain whisky is capable of. As the spirit is naturally mellower than malt whisky, Glaser chose a variety of styles and levels of maturity to create layers of flavour and complexity, which journey through vanilla cream, toasted coconut and soft toffee.

The whisky used differs from batch to batch – just one or two vattings are created every year – but tends to derive from Cameronbridge, Carsebridge, Cambus, Port Dundas and Dumbarton, the latter four of which are now silent distilleries. From these lost sites a mixture of first-fill American oak barrels and rejuvenated Hogsheads are used to develop that depth of flavour, with some ages falling under the ‘rare and old’ banner.

Each batch is married together in barrels for up to 24 months before being bottled at 43% abv and without chill-filtration for a thicker, sumptuous mouthfeel. 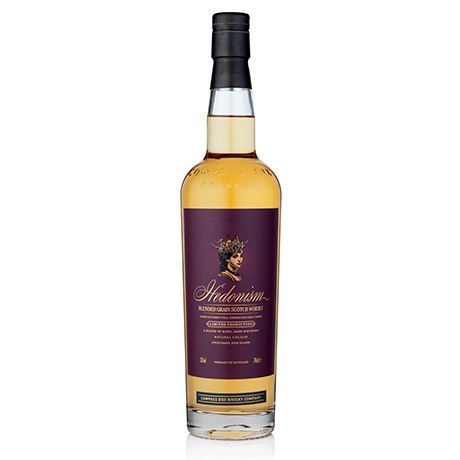 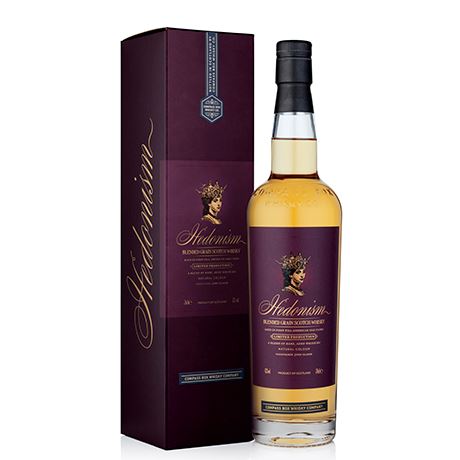 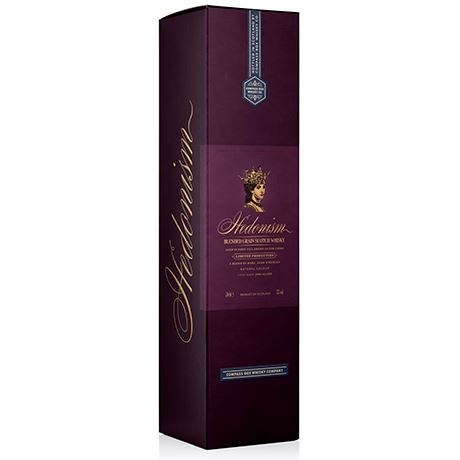 Believing that good grain whisky was – and still largely is – an undiscovered secret kept by the Scotch industry, former Johnnie Walker marketer John Glaser made the leap into independent bottling with Compass Box in 2000. His first release? A blended grain whisky of course, made using a variety of whiskies of differing ages matured in high quality American oak casks.

While 100 years ago grain whisky was popular among the Scots, the rise of blended whisky and – more recently – single malt, meant Glaser’s creation was unique among a swelling sea of new Scotch whisky brands. And despite being the first release from a new indie bottler, Hedonism was a hit from the off and is now exported to several countries worldwide.

Eight years following its launch Compass Box introduced Hedonism Maximus that contained far older and rarer whiskies to showcase the depth of complexity and indulgence grain whisky is capable of.

Nowadays grain whisky is slowly but surely carving a place within Scotch connoisseurs’ collections, thanks largely to a couple of high profile launches from multinational players. But as the category gradually expands in size, Hedonism is still considered the brand that kick-started the grain renaissance.

In 2015, to celebrate the brand that started it all for Compass Box Glaser created another limited edition expression of Hedonism, Quindecimus, containing whisky from five grain distilleries.