Located on the lower slopes of Speyside’s sentinel mountain, ‘The Ben’ is another of those intriguing distilleries which produces a highly individual make but which – due to its demand by blenders – has never become a front-line single malt.

It has six stills which are run in two pairs of three. For years a form of partial triple distillation was utilised to help promote a meaty/sulphury new make character. The low wines from the first distillation were split into strong and weak feints. The lower-strength portion was redistilled in the middle still and split into two again, with the stronger part [strong feints] being carried forward, the weaker being retained for the next charge. The strong feints were then mixed with the highest strength distillate from the wash still and redistilled in the spirit still.

Everything is run through worm tubs which are kept very cold, adding weight and meatiness to the spirit. In recent years, this complex distillation has been simplified.

Occasionally seen as an independent bottling, the clearest manifestation of its meaty quality (which puts it in a similar stylistic camp as Dailuaine, Mortlach and Cragganmore) is Diageo’s Flora and Fauna bottling which comes from 100% ex-Sherry matured whisky. 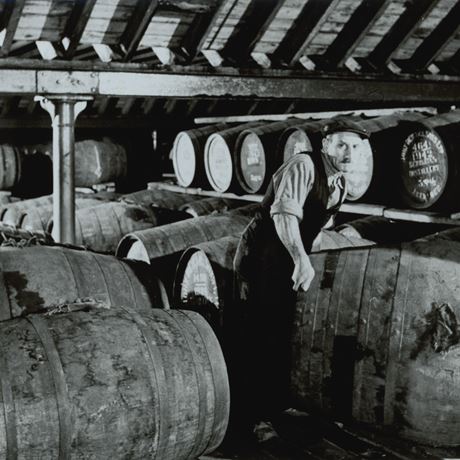 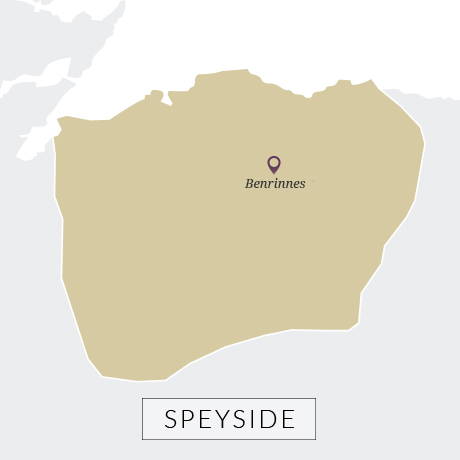 The current site of the Benrinnes distillery is in fact its second location. The original was built in 1826 by Peter MacKenzie but was destroyed in a flood in 1829. A new site was then found by John Innes.

Its most famous owner was Alexander Edward who was a partner in Craigellachie distillery, owned Aultmore, Dallas Dhu and was for a time co-owner of Oban [see Craigellachie]. The Edward family sold the distillery (which had caught fire in 1896) to John Dewar in 1922. It is now part of the Diageo stable.