How do Sherry casks flavour whisky?

Sherry casks have been used to age Scotch whisky for well over 200 years. But what are distillers looking for when choosing casks, and how are they able to produce specific flavours? Does the type of wood also play a role? The Whisky Professor is here to help make sense of it all. 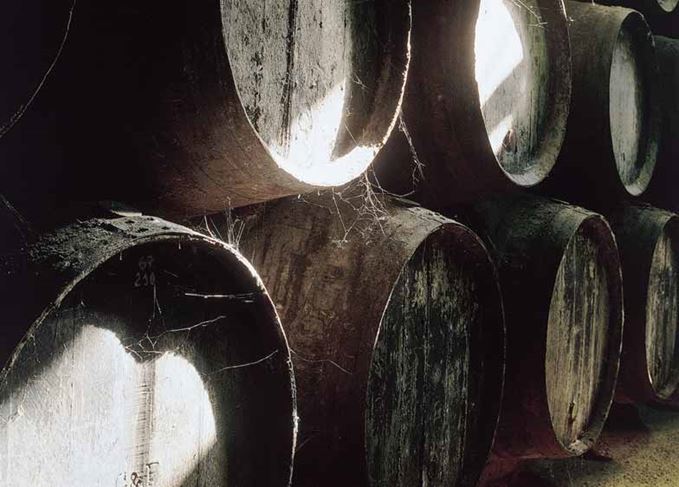 Sherry casks: The fortified wine’s influence on Scotch is a complicated matter

However, I was recently enjoying a particularly delicious dram of Aberlour A’bunadh and it suddenly struck me – I don’t actually understand how the Sherry makes such a difference in terms of the whisky’s flavour.

What exactly is a whisky-maker looking for in a Sherry cask when choosing one for ageing whisky? Does the type of Sherry it used to hold matter, or will any brand and style do? And then, how are the flavours actually produced?

Any information you could share on the subject would be much appreciated.

Sure about Sherry: The Whisky Prof knows all about how Sherry casks influence Scotch

Thank you, RT. This is a fascinating question with quite a complex answer, so let’s break it down into bite-sized pieces.

The Scots loved Sherry. The first record of it being drunk in Edinburgh was in 1548, but it was in the 18th century when it became a fashionable drink. By then, Sherry and rum Punches were the preferred drinks of the roistering members of Scottish clubs, which were the trend-setters of the period.

There was also an element of patriotism involved, with many Scots either working for or owning Sherry houses: Arthur Gordon established Bodegas Gordon, then a distant relative William joined his uncle to found Duff-Gordon, while George Sandeman’s Port and Sherry interests were handled in Scotland by his relative Thomas from his base in Perth.

In those days, Sherry would have been shipped to Glasgow and Leith in casks. This coincided with a dramatic expansion of the whisky industry. As there were no domestic forests in Scotland to use for casks, distillers turned to those being landed on the docks. These included rum and wine, as well as Sherry, but it was the latter that became the preferred option.

Sherry starts as a dry white wine made from the Palomino grape. This is then fortified and aged. The styles fall into two camps.

The first contains fino, its subset manzanilla and amontillado. In these, the wine is lightly fortified and then placed in butts of 500-700 litres and aged in a complex system known as a solera.

A thick, woolly blanket of yeast, known as flor, begins to grow on the surface of the liquid, protecting the wine from the air. As a result, the Sherry is pale in colour with a light crisp character, aromas of almond, chalk, green olive and, in manzanilla’s case, a distinctly salty tang.

If this flor is allowed to die, then some oxidation takes place; the wine darkens in colour, and becomes an amontillado.

The second camp contains oloroso and palo cortado. The same base wine is used, but this is fortified to a higher strength, thus killing any chance of flor growing (in the case of palo cortado, the yeast-killing process happens by chance, rather than by design). Ageing is in a solera and, because there is contact with air, the wines become darker and more nutty (walnuts), with some dried fruit elements.

Pedro Ximénez (PX) – which is becoming increasingly used in Scotch maturation – is a separate style, made from the eponymous grape. After harvesting, the grapes are dried in the sun to concentrate the sugars and then fermented, fortified and aged. This naturally sweet wine with a huge raisined impact is used as a sweetening agent.

What does a Sherry producer want from a cask?

The butts used in the solera system are not made from active wood (they tend to be old American oak casks), so the wood has little impact on the Sherry. The taste of fino is caused by flor, the nuttiness of oloroso by oxidation and the sweetness of PX by the ‘raisining’ effect.

What does a Scotch producer want from a cask?

A distiller wants a cask to contribute flavour to the maturing whisky: vanilla, coconut, spice and chocolate from American oak; tannin, resin, clove and dried fruits from European oak.

So, in Sherry wine production the flavours are driven by oxidation rather than by oak, while in the whisky maturation process, it is the other way around.

On one hand, Sherry producers want a cask which has little impact, while the Scots want the opposite. Sherry producers use American oak for their casks, Scotch producers insist on European oak. There seem to be two different stories.

González Byass: The company has been producing Sherry for more than 175 years

How both sides are right

The casks used for transporting Sherry were, however, different to those used to mature it. They would tend to be made from fresh wood (although fino would be transported in old casks so there was no wood influence) and would only be used for a few trips between Jerez and Scotland before being turned over to distillers. The result was that the Sherry casks used for whisky had power and flavour. While American oak was used, an increasing amount of European oak was used for shipping casks from the 1930s onwards.

In the mid- to late 19th century, as whisky makers needed more casks, there was a decline in the volume of Sherry imported into Scotland. Blender William Phaup Lowrie (who was also the agent for González Byass Sherry) came up with a cunning solution. He imported new oak from America, coopered the casks in Glasgow and then treated them with Sherry before passing them on to distilleries. He too was trying to replicate the effect of a shipping cask.

In 1986, all Sherry had to be bottled in the Jerez region, meaning that shipping casks ceased to exist. Distillers then began a programme similar to Lowrie’s. This time, though, they worked with cooperages in Jerez to make new casks to their specifications (air-dried European oak, seasoned with oloroso Sherry). Again, these are imitation shipping casks.

What influence does the Sherry have on whisky?

All of this might seem as if it is the oak which is the main driver in terms of flavour in Sherried whisky. That’s not quite true either. What happens during the seasoning process is that the Sherry modifies the flavour compounds in the oak.

It is estimated that there is up to 10 litres of Sherry soaked into the wood of a Sherry butt. To see whether it was oak or Sherry that gave a ‘Sherried’ character to a Scotch, scientists simply added Sherry to Scotch to see whether the combination was the same as maturing in a Sherry butt. It wasn’t. Equally, ageing in an untreated European oak butt gave a different result.

The ‘Sherried’ character, therefore, is down to the Sherry itself, but also oxidation and the way in which the Sherry has interacted with and changed compounds in the oak. All of these then interact over time with the maturing spirit.

In very simple terms, there is more of an impact from the Sherry (or rather Sherry changed by oak and air) in the whisky’s youth, while in older examples you notice more of the oak (which is itself changed by the Sherry). This explains why a Sherry-finished whisky has more of a wine-driven character, when compared to a whisky matured exclusively in ex-Sherry casks.

What these flavours are will also depend on a number of factors. A first-fill bespoke European oak ex-Sherry cask will have maximum impact of clove, resin, dried fruit and tannin. The same cask filled for a second time will have less of those compounds available for the whisky. You can find ex-Sherry casks which have been refilled so many times that the ‘Sherry’ element is virtually invisible.

Some distillers – Dalmore is a notable example – prefer to use ex-solera casks, which will have low wood impact, but a higher contribution from the wine (and oxidation).

Horses, as they say, for courses.

PS: I suspect someone might want to know what a solera is. If so, write in: [email protected].