Dalmore’s character, densely fruity with a cereal background, is the product of one of the strangest distillation regimes in Scotland.

The wash stills at Dalmore have flat tops, and are also in two sizes. Three are 13,000-litres in capacity, the fourth is double that. The spirit stills all sport water coolers around their necks to assist in reflux. Again, one of the quartet is double the size. Because of this discrepancy in size and the fact that the spirit stills are charged when the low wines and feints receiver is full, the strength of the charge to those stills varies, creating different end flavours.  Though it seems random to an outsider, thankfully it is controlled by high experienced stillmen. All these distillates are vatted before being casked.

Condensing is also unusual. The spirit stills have external shell and tube condensers which lie horizontally. This mirrors the old worm pipe which lay in the burn which runs outside the stillhouse.

Ex-Sherry casks are the most commonly-used maturation vessel and unlike many distilleries, ex-solera casks soaked in oloroso and PX Sherry for decades are preferred over the oak-driven bespoke casks now common across the industry. 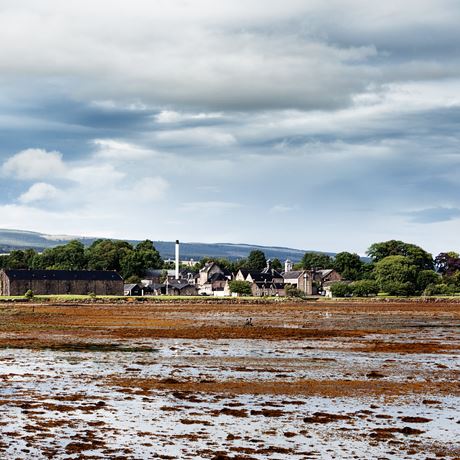 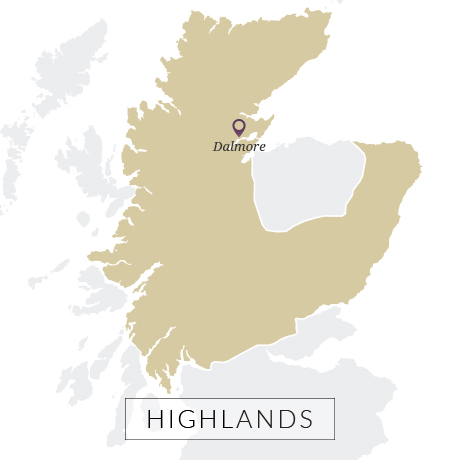 The northern distilleries seem to have a disproportionately high number of wealthy backers. Dalmore is typical of this. It was founded, in 1839, by Alexander Matheson who had made his fortune as a partner in Jardine Matheson the trading firm which took over from the East India Company and which, by that time, was controlling exports of opium trade into China.

The lease (and eventually ownership) was taken by the Mackenzie family in 1878 and it remained family-owned until 1960 when one of Dalmore’s main customers, Whyte & Mackay, took control. A significant contributor to W&M’s blends, for many years Dalmore’s presence in the world of single malt was restricted to a 12-year-old expression. In recent times however the range has expanded dramatically, with a core range of 12, 15, 18 and 25-years-old, plus no-age-statement specialities like King Alexander III, Cigar Malt, and an ever-growing selection of luxury expressions such as the 21-strong Constellation range (comprising vintages from 1964 to 1992) and 1951 ‘Sirius’. Prices at the top end regularly top five figures.

W&M itself has gone through a dizzying number of hands in recent times. Its current custodian is Emperador of the Philippines.