Part of Frank Sinatra’s famous ‘Rat Pack’, Dean Martin made a name for himself as a loveable ‘drunk’. Whether on stage in Las Vegas or on the big screen in numerous films, the singer and actor was seldom seen without a Scotch in hand. Iain Russell reports. 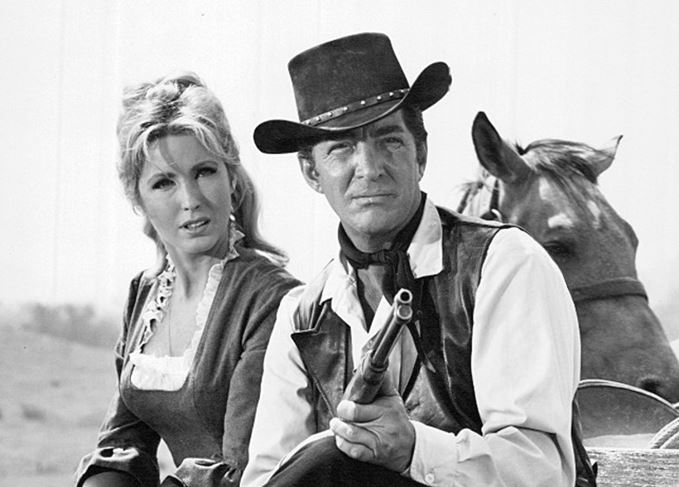 Dean Martin made a stellar career as an amiable drunk. During the 1950s and 1960s he seldom appeared on stage, or on television, without a glass of Scotch in his hand; with a glassy stare and slurring his speech, he jokily missed his cues and forgot lyrics of his songs. The ‘drunky’ act was just that – an act – but the great entertainer did enjoy a drink. And one brand is forever associated with his name: J&B Rare.

Dino Crocetti (1917-95) was born in Ohio, the second son of Italian-American parents. He performed poorly at school, which he left at the age of 14, and became briefly a boxer and a small-time bootlegger. He found more lucrative employment as a casino croupier and card dealer, and began to perform in clubs as a singer – firstly as Dino Martino, and then as the less Italian-sounding Dean Martin after the outbreak of the Second World War.

Martin performed in the style of the great crooner Bing Crosby, but was only moderately successful. Then, in 1946, he met a manic young comedian, Jerry Lewis. They developed a double act that became wildly popular in nightclubs and in 16 hit movies. After they split acrimoniously in 1956, Martin became successful as a serious actor in films such as Some Came Running and Rio Grande.

It was during the 1950s that Martin’s career as a singer took off, with hits such as That’s Amore and Memories Are Made of This. He honed his ‘drunky’ persona while remodelling his solo act at the Sands Hotel in Las Vegas. There, he became a leading light in The Clan, Frank Sinatra’s gang of entertainers (sometimes known as the Rat Pack), which also included Sammy Davis Jr, actor Peter Lawford and comedian Joey Bishop. The Clan’s performances on stage in Las Vegas are the stuff of legend, as are the tales of their drinking and carousing into the small hours.

There’s no doubt that Martin’s preferred tipple was Scotch. Herman Hover, proprietor of Ciro’s nightclub in Los Angeles during the late 1940s, remembered that he ‘never drank that much. Black & White mostly. Haig & Haig’. Around the time that he joined The Clan, however, he dropped these long-established mainstream brands for the altogether more fashionable J&B Rare.

The Rat Pack: On stage with Frank Sinatra (right), Martin (left) usually had a Scotch in hand

J&B Rare had become one of the US’ favourite Scotches during the 1950s, when the country acquired a taste for light-coloured, lightly flavoured whiskies. It became the brand of choice for hep cats and wise guys, usually fixed with ice and soda, and it became a central feature of a Dean Martin performance.

Martin’s nightclub act was legendary. He was introduced with the words: ‘And now, direct from the bar…’ He bounded onto the stage, cheekily ‘stealing’ a large Scotch from one of the stage-side tables en route (it had been planted there beforehand). There was often a bar on the stage, and he would top up his glass from time to time from a bottle of J&B Rare prominently displayed there.

All was not quite as it seemed, however. Martin’s son Ricci recalled: ‘While it was true that Dad drank, the drunky routines were an act. On stage, and later on the set of his TV show, Dad usually had a J&B Scotch and soda he nursed through the performance. It was almost always a weak Scotch and soda. Other times it was just apple juice.’

‘Other comedians had used drink as a prop before,’ wrote his biographer Michael Freedland. ‘Dean Martin perfected it – as much as a gap-filler. He knew he could refer to the bottle (if not actually drink from it) any time he forgot a line or a lyric.’

Ricci emphasised that his father was not a great drinker in private either.

‘There are good drinkers and bad, and dad was one of the good. He would be just as calm, loving and funny at home when he had a drink as when he hadn’t… I never saw him drunk in my life.’

Martin’s singing career declined in the 1970s. Nevertheless, his television show, Dean Martin Celebrity Roast, attracted huge audiences, eager to watch some of America’s greatest celebrities jokily mocked and insulted by their peers. And he was still considered one of the all-time greats, ‘The King of Cool’, much imitated by up-and-coming professional singers and, less faithfully, by less gifted amateurs, belting out old hits like Little Old Wine Drinker Me after a glass or two at home, or in the pub.

The death of his son Dino in an air crash in 1987 left Martin suffering from depression. He abandoned a tour with Frank Sinatra and Sammy Davis Jr after only a few dates the following year. As part of his image as a carefree drunk, Martin had been habitually seen performing with a lit cigarette in hand, and he was indeed a heavy smoker. He was diagnosed with lung cancer in 1993 and died two years later.