The debate surrounding the subject of barley variety and its effect (or lack of it) on whisky flavour continues. In response to Vic Cameron’s earlier article on the subject, the guys at Bruichladdich – Adam Hannett and Carl Reavey – give the other side of the argument, outlining the complex barley trials the distillery is currently undertaking. 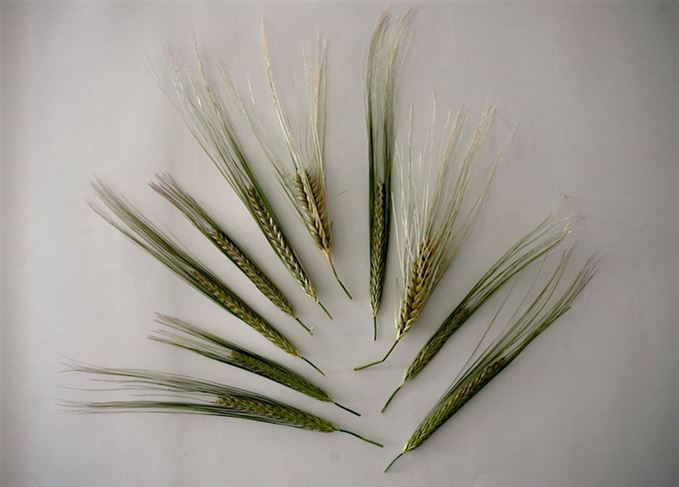 Vic Cameron’s article entitled ‘Does barley variety affect whisky flavour?’ is unequivocal. In it, Cameron says: ‘In my opinion, barley variety has very little or no effect on new make spirit character.’

The team at Bruichladdich, however, does not share Cameron’s view – while acknowledging that everyone is entitled to his or her opinion.

One difference highlighted by Adam Hannett, head distiller at Bruichladdich, and Carl Reavey, content creation manager at the distillery, focuses on Cameron’s paragraph regarding the ‘consistency of a product or expression’. Cameron says: ‘I am a ‘Talisker man and I want my Talisker 10-year-old to be the same, year in year out. I am sure the rest of you malt whisky drinkers out there feel the same about your favourite tipple.’

Not so at Bruichladdich, where regular experimentation with flavours is the name of the game.

‘We do appreciate that the way we create malt whisky at this old Islay distillery means that Vic will be difficult to please,’ Hannett and Reavey admit. ‘We know that there are so many variables associated with the production of malt whisky here that achieving the consistency Vic seeks is impossible for us. As a result, our whisky varies. These variations are often subtle, but they exist.

‘Although we don’t doubt that the relatively highly automated production processes at Talisker will take out more of the variables introduced by the involvement of human beings than those at Bruichladdich, there will still be some that escape the net.’

Then there is the subject of cask maturation, which the pair note varies ‘significantly’ from one cask to another, adding more variables to the equation.

‘These are then addressed by Talisker through the homogenising effects of chill-filtration and the addition of caramel prior to bottling, resulting in the consistency in taste and appearance that Cameron demands from his 10-year-old,’ they claim. ‘This will certainly also eradicate any potential subtle variation derived from the barley variety that may have been apparent in the new make spirit.’

For Hannett and Reavey, however, the approach at Bruichladdich is ‘entirely different’.

‘We are perfectly happy to celebrate natural variations,’ they add. ‘Whisky making at Bruichladdich is a manual art guided by an understanding of the scientific principles involved. If we wish to systematically assess the effects of barley variety on taste at Bruichladdich – and we do – we need to be aware of and control the other variables that might have an impact.’

Such other variables, they say, include annual variations in harvest conditions (climate); terroir (variables influenced by where the grain was grown); seasonality (particularly the ambient temperature); water quality; and malting techniques (which they say present potentially complex issues).

Then, they add, there’s the consideration of milling (the consistency of the grist); mashing (again, with quite complex variables); the types of yeast used; the rate of fermentation (which is influenced by seasonal factors); the speed of distillation; and the judgement of the middle cut.

‘We have some control over some of these factors at Bruichladdich,’ they add. ‘We have no control over annual climatic variation, selective control over terroir and limited control over seasonality (in practice, the mean ambient temperature varies from week to week). The water source, malting techniques, milling, mashing, yeasts, fermentation speeds, distillation rates and the middle cut are consistent within the parameters of our manual control systems.’

There are caveats caused by the limited controls listed above, but Bruichladdich insists the company endeavours to monitor, test and sample at different points during the processing of difference sources and varieties of barley.

‘The variation introduced by type and terroir are manifest in many cases, much less so in others,’ they say. ‘We are, however, left in no doubt that the character of spirit produced varies with both barley variety and terroir.’

But, the pair admit, it will be some time before the distillery is able to conclusively assess these variations either qualitatively or quantitively. Hannett and Reavey conclude: ‘We are currently engaged in annual trials involving hundreds of tonnes of barley and thousands of casks. The results of these trials are maturing in our warehouses. We believe whisky enthusiasts prepared to embrace subtle variation will find them interesting in the years to come.’