The malting barley used to make malt whisky comes in a never-ending stream of varieties – but does this diversity have an impact on the flavours in your glass? Some say yes, some no – so let’s ask an expert. Step forward Vic Cameron… 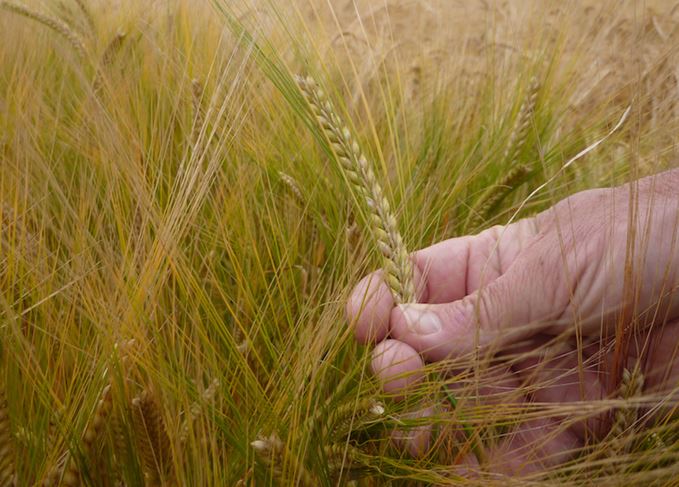 Building block: Barley is one of the 'holy trinity' of components that make up single malt Scotch whisky

You don’t need me to tell you how important malting barley is, since it’s one part of the holy trinity of raw materials that eventually becomes your beloved malt whisky. But what about the variety of barley used? This is without doubt vital in terms of production and spirit yield, but is it vital in terms of flavour? That is a question that divides opinion.

So what do I think? And, to answer another important question that should be asked, why should you be interested in what I think?

Having worked in the industry for almost 25 years, I have a decent amount of experience with regard to malting barley and its use. My career was solely with Diageo, and I have been involved in malting and distilling management, process optimisation, barley and malt procurement, and laboratory management. Sitting on industry committees such as the IBD Barley Committee and the MAGB Technical Committee also provided me with wide experience in this area.

Some will tell you that the variety of barley used has little or no effect on flavour; when I recently asked one distillery manager if variety altered flavour, he replied: ‘Probably not, but possibly.’

One look at the marketing information for Glenmorangie Tùsail (using Maris Otter) and Bruichladdich Bere Barley, Classic and Islay Barley shows you there are others who are sure the variety has a huge influence on flavour.

So on which side of the fence do I sit in the ‘it makes a difference, it makes no difference’ question?

At the start of my career as a maltster, we were malting Chariot, Prism and Derkado. Optic was coming in and stayed for a long, long time, many other varieties came and went, and today in the industry we are working with Concerto, Odyssey, Propino and a few others.

New varieties come along through the ‘Stairway to Heaven’ – the nickname for the malting barley testing process. In the UK we have a strong and robust system to test and ‘pass’ these new varieties developed by the barley breeders.

Well, we have a strong and robust system with regards to spirit yield and processability. Nowhere in this route to market is there testing of the new make spirit character produced with the new variety.

As a distiller, we mashed single varieties and blends of varieties; sometimes we changed varieties a couple of times during the same production week.

In the latter part of my career, I worked in a process optimisation environment and laboratory management, and one of the main roles of the team I was working in was the maintenance of new make spirit character.

During all that time, I can say that only once did I see a spirit character change in line with a change in variety. Some of my colleagues may mention another three instances where character was affected by variety change – but in my view it was the quality (or rather lack of it) in the malt and how that malt was processed, rather than variety, that contributed to the change.

So, in almost 25 years’ experience, I have not seen enough evidence to persuade me that barley variety changes new make spirit character. And surely that is where we would see the impact if barley variety were important? Given the huge influence of wood on flavour, any impact from barley would have to be detected prior to maturation.

Grain of truth: Barley varieties such as Concerto have a limited shelf life (Photo: Limagrain UK)

For me, malting barley quality plays a far more significant role with regard to flavour. I have seen new make spirit character change on too many occasions to mention due to malt quality. How the malt is processed is another big influence.

A malt that is very high or low in friability will give different grind ratios, which in turn could lead to changes in mashing, resulting in a potential change in spirit character. Lower- or higher-than-normal extract values could alter the gravity of wort, thus effecting a change in fermentation conditions, again with a potential to change character. Poor homogeneity in malt can result in problems in the stills, thus changing the reflux properties and leading to an adjustment in spirit character.

Another important factor to bear in mind is the consistency of a product or an expression. I am a ‘Talisker man’ and I want my Talisker 10-year-old to be the same year in, year out. I am sure the rest of you malt whisky drinkers out there feel the same about your favourite tipple.

Due to disease resistance breakdown and other factors, no barley variety stays around for more than three or four years at full production levels (apart from Optic), so the varieties are constantly changing.

Commercial maltsters generally try to provide blends to their distilling customers; blends of variety and quality that change regularly. If barley had such an influence on flavour, wouldn’t the variability of this raw material lead to variability in the final product?

So, in my experience – and that is all I can really go on – I have seen malt quality and processing conditions alter the character (and thus flavours) of a spirit on numerous occasions, but only once in a quarter of a century did I see the same result with a change in barley variety.

For me that is telling evidence, so on that note I rest my case.