Bere barley has been grown in Scotland for at least 1,000 years, and probably much longer. Now this ancient crop is being revived – and whisky is playing its part. Richard Woodard reports. 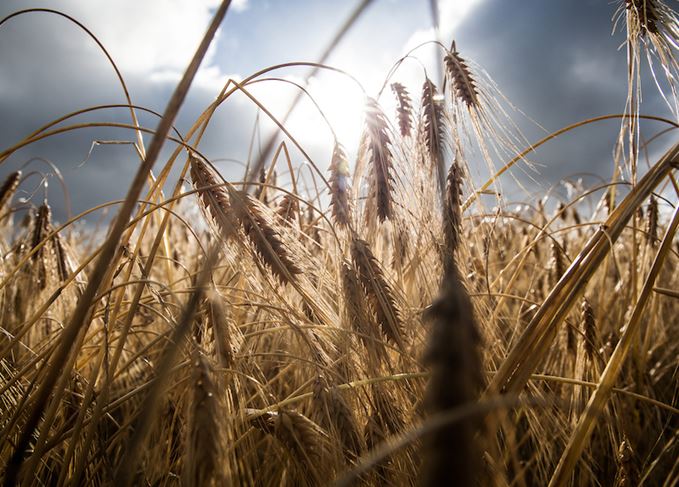 Oldest inhabitant: Bere barley has been grown in Orkney for up to 6,000 years

And yet barley is grown in Orkney; barley of a particular type. It’s a distinctive, tall, six-row crop with an annoying tendency to ‘lodge’ – the flattening effect seen when the stems bend over to the ground. But at least you can get it ripe.

This is bere barley, and it’s been in Orkney for at least a millennium, and probably for much longer. ‘Bere is probably the oldest cultivated barley, definitely in Britain and probably one of the oldest still in cultivation in Europe,’ says Peter Martin, director of the Agronomy Institute at Orkney College, part of the University of the Highlands and Islands (UHI).

The name ‘bere’ – pronounced ‘bear’ – is close to the Anglo-Saxon for barley, and it is also sometimes referred to as ‘bigg/bygg/bygge’, from the Old Norse word for the crop.

‘Exactly how old is it? We don’t know,’ admits Martin. ‘It’s definitely been grown here for 1,000 years, but there may be evidence further back in the archaeological record. Barley has been grown in Orkney as far back as 4,000BC and the introduction of agriculture.’

In contrast to modern, scientifically bred barley varieties, bere is a ‘landrace’, meaning it has gradually evolved and adapted to local growing conditions as successive generations of farmers choose the seeds from the best plants for the following year’s crop, in a kind of human-assisted process of natural selection.

Distinctive character: Bere barley is a six-row, rather than two-row, barley variety

So bere grows rapidly during the long summer days of northern latitudes, ripening three weeks before modern varieties, despite being planted as late as May. This minimises the risk of crop failure caused by poor weather at either end of the growing season. Bere also tolerates a wide variety of poor-quality soils, from acidic and peat-rich to sandy and alkaline.

And yet, 20 years ago, it was all but extinct, rendered apparently obsolete by higher-yielding modern malting varieties such as Concerto and Odyssey. By the start of the 21st century, there was as little as 10 hectares of bere grown in Scotland, by a handful of farmers on Orkney, Shetland and in the Western Isles.

But making whisky with bere barley is nothing new. It was used extensively in the past; for example, during the boom years of Campbeltown, as ‘gauger’ or exciseman Joseph Pacy discovered when he was posted there in 1834:

‘The peat-dried malt from which this whiskey was produced was made from grain designated in Scotland “Bere or Bigg”, a small kind of barley grown on the light sandy soil of that country. The tax on that description of malt was something like one-fifth less than that on malt made from [modern] barley, a kind of boon or protection to the grower of this lighter kind of grain.’
(The Reminiscences of a Gauger, Imperial Taxation, Past and Present Compared, pp.66-67)

As demand soared and supplies ran short on Kintyre, distillers tried to pass off conventional barley from Ireland as bere in order to reap the tax benefits. Pacy investigated, the culprits were fined and forfeited their malt – and the gauger became deeply unpopular with the locals as a result.

Orkney distillery Highland Park’s barley books record purchases of bere back to the 1880s, and as late as the early 1920s – but there the whisky trail for bere goes cold for more than half a century.

When bere whisky resurfaces, it is as a curiosity: a one-off independent bottling by the late Michel Couvreur of bere barley grown on Westray, floor-malted at Highland Park and distilled at Edradour in 1986, which was released in the mid-1990s.

In 2004, Isle of Arran Distillers collaborated with the UHI on a whisky made with Orkney bere, bottling the result at eight and 10 years, while Springbank has worked with Kintyre-grown bere periodically, including a 2013 distillate scheduled for release in 2028 to mark the Campbeltown distillery’s bicentenary.

The biggest champion of bere whisky today, however, is Bruichladdich. Following the Islay’s distillery’s revival in 2001, bere’s status as an outlier barley variety ticking the boxes of heritage, provenance and terroir was hugely appealing. Bere was planted on Islay in 2005, but it never took; the project was abandoned in 2009, with the last years’ failed crops used for animal feed.

Since then, the distillery has sourced its bere, through Martin and the UHI, from a handful of Orkney farmers, resulting in a succession of releases, including most recently the Bruichladdich Bere Barley 2010 single malt launched in August.

Tall and heavy: As a ‘landrace’, bere barley has evolved to adapt to local growing conditions

But it hasn’t been easy. ‘It broke the mash tun the first time we worked with it,’ says Bruichladdich communications manager Christy McFarlane. ‘The husk is so hard. We’ve had to reduce the tonnage. And it gets stuck in the mill.’

It was a similar story on Arran, says Isle of Arran Distillers MD Euan Mitchell: ‘I do recall our distillery manager at the time, Gordon Mitchell, saying the bere malt was tricky to work with and clogged up the mash tun. His actual words were a bit coarser than that…’

Another drawn to the romance of bere was Alasdair Day, co-founder of Isle of Raasay distillery owner R&B Distillers. ‘The whole story resonated with me when we turned up on Raasay,’ he recalls. ‘I said: “We want to grow barley here.” The local crofter just fell off his chair laughing and said we couldn’t do that because it wouldn’t ripen.’

Day was vindicated – sort of. Bere was planted on Raasay in 2017, the year the distillery opened, and it did ripen. ‘It’s really hard to describe, but it just felt at home – like it was meant to grow there. It was really tall, with long straw and, as a six-row barley, really top-heavy.’

However, the crop went unharvested, thanks to a lack of the right infrastructure and machinery, and not helped by bere’s tendency to ‘lodge’ or flatten when battered by the Raasay elements.

‘It’s something I would go back to,’ says Day. ‘The holy grail is flavour, but as a young distillery you have to be aware of yield as well. If we had the infrastructure, I would certainly persevere.’

Bere is expensive, both financially and in terms of lost spirit yield. The Arran bere malt was roughly twice the price of regular malt in the mid-2000s, and the spirit yield was 15% lower. That broadly reflects the experience at Bruichladdich – production director Allan Logan reckons bere’s tonnage per acre is about half that of conventional two-row barley.

‘The yield is also much less,’ adds McFarlane, ‘but we don’t really care, because it’s all about flavour.’

‘Full-on flavour. I’m quite certain that, in a blind taste test, people would be able to tell the difference, even after time in cask. There is this very unctuous, sweet, well-rounded quality to bere barley.’

Mitchell agrees. ‘The yield was quite low, but the resultant whisky was superb, particularly the cask strength version at 10 years old. Full of oils and a rich, gristy-malty flavour. It’s definitely a case of quirky flavours over high-yielding profitability.’

There are plans for Arran’s new Lagg distillery to work with bere in the future – Mitchell says it was the barley type used at the historic Lagg distillery – while Bruichladdich is continuing its commitment to bere, and to the Orkney farmers who grow it.

Bere has also returned to Islay, part of Bruichladdich’s extensive barley trials currently under way at Shore House Croft. So far, the signs have been far from encouraging, but it’s a long-term project.

Bere whisky: Bruichladdich is willing to pay more and sacrifice yield for the sake of flavour

But there’s much more to bere barley than whisky; more to it even than the bere beers brewed on Orkney, or Barony Mill’s bannocks and bread. Researchers are particularly interested in bere’s genetic diversity, which could help to future-proof cereal farming against issues related to climate change and food security.

‘There are some beres that seem to have a remarkable tolerance to growing on sandy soils with a deficiency of trace elements such as manganese, copper and zinc,’ explains Martin. ‘Beres on the Western Isles, but also in Orkney and Shetland, are able to grow on sandy soils without any additional applications of these trace elements. The modern variety just doesn’t grow – or it will grow, but not yield grain.’

In time, it is hoped that these unique traits could be bred into modern barley varieties, creating new bere hybrids with the ability to grow and ripen in a far wider variety of locations. Such a development, Martin says, could have global significance.

For whisky, the work of the International Barley Hub – due to open at the James Hutton Institute in Invergowrie in 2022 – will be pivotal. Even now, says Day, there are early signs of hybridisation occurring where bere is growing alongside modern malting barley variety Concerto. ‘The trick, I suppose,’ he adds, ‘will be to get bere’s earliness with shorter straw and better yields.’

If that can be accomplished, without sacrificing the distinctive flavour and texture that make bere so attractive to whisky makers, then we could soon see its plantings expand out of Orkney to Raasay, Islay and beyond; and the future of this historic – maybe prehistoric – barley will be brighter than ever.