How do storage conditions affect whisky?

There are certain ‘rules’ when it comes to storing whisky, but what happens to the liquid if you ignore them? A group of whisky enthusiasts conducted an experiment to find out. David Tjeder reports. 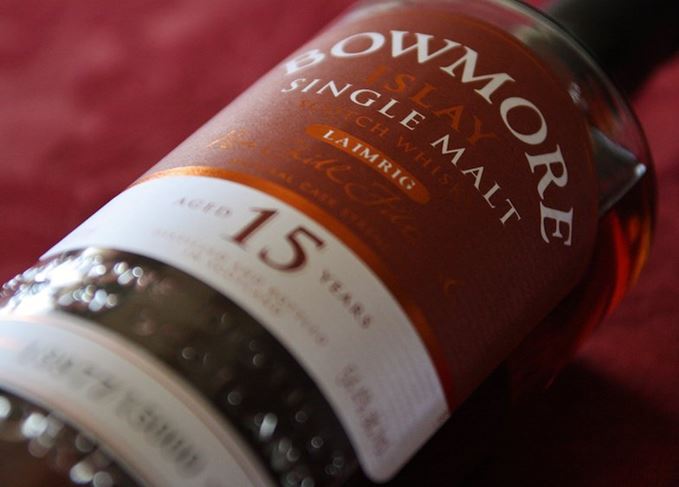 Whisky should be stored lower than room temperature, in darkness, and with the bottles standing up. Opened bottles should not be left with lots of air in them for too long. If not, you run the risk of the whisky being affected in negative ways.

This is the received wisdom. But what happens if you store whisky differently? Swedish whisky enthusiast Mattias Klasson decided to find out. He exposed bottles of peated Islay whisky – Bowmore Laimrig, Batch 3 – to what most whisky lovers would consider cruel and unusual punishment.

Klasson duct-taped a third bottle to the back of a warm machine which was constantly switched on, with temperatures in the bottle held at about 45C. Yet another bottle was exposed to uneven temperatures, with the liquid reaching above 40C twice a day.

A fifth measure of whisky was poured into two cheap PET plastic bottles. To complete the experiment, Klasson left one 70cl bottle with 10cl of whisky in it; another, he kept half-filled. Finally, he kept a reference whisky, unopened and stored under optimal conditions.

The bottles in place, it was now time to wait. And so he waited, for two full years. The whiskies – the plural form is definitely needed – were then all tested independently and blind by a panel of six experts. So is it really that important to store whisky correctly, and how are flavours affected by different ways of storing?

A world of difference: There were some glaring variations between the different whiskies

The answer is yes, it matters a great deal and, indeed, the flavours are affected in different ways. The whiskies were indeed deemed to be quite different from each other.

Most of the whiskies had been weakened. The panellists had to really work with them in order to properly describe them, with the nose plunged deep into the tasting glass.

Differences were more marked with the other whiskies.

To start at the bottom: the bottle that had been left outside, exposed to a maximum amount of sunlight and the weather. Its colour had turned to pale white wine.

On the nose, panellists found notes of bad grappa, glue and slightly rotting lemon; even gasoline and dirty laundry were mentioned. On the palate, a terrible bitterness, warm plastic and strange, aggressive spices.

All panellists concurred that this whisky was basically undrinkable. On the never-ending finish, described as ‘especially repulsive’ by one panellist, there was burnt plastic, fiery spices and soap.

This whisky had zero similarity to the reference: no Sherry cask influence, no peat, no smoke, no Bowmore. One of the panellists used the 100-point scale, and gave this whisky a scathing 20 points. Another concluded with the words: ‘What a disaster.’

We no longer need to ask ourselves if whisky is affected by extreme amounts of sunlight and the climate: this abomination was unrecognisable as whisky.

Blind tasting: Some of the results were predictable, but others were more surprising

At the other end of the scale, the half-full bottle and the one kept in the freezer were deemed to have been affected negatively, but only slightly. Again, some panellists claimed the differences to the reference were marginal, while others were more critical. The whiskies had minor flaws, and were subdued both on the nose and on the palate.

The bottle which only had 10cl of whisky in it had oxidised too much, and was, to most, but a shadow of its former glory.

Perhaps the biggest surprise was the whisky stored under very warm conditions. You might have thought that this would surely destroy the whisky. However, panellists deemed it to be one of the best of the group (excluding the reference whisky).

It was decidedly sweeter and heavier on the oak, and it had lost some of its fruitiness. In all, though, still a good whisky. A few panellists found it older than its 15 years, with the oak being a little too dominant.

Interestingly, the whisky which had been exposed to uneven temperatures also exhibited similar characteristics, with a more marked sweetness than the reference whisky. However, it had almost died on the nose.

The whisky stored in cheap PET plastic bottles did not fare as well – not at all well, in fact. On the nose, it was perceived as more bitter and ashy, but still ok. On the palate and the finish, however, the cheap plastic had completely destroyed the liquid, giving off lots of pencil shaving flavours.

The experiment, then, confirms that how you store whisky does indeed transform its flavours. To put it bluntly: don’t do this to whisky, or the whisky will be upset.

Some of the bottles had clearly fared better than others, but the reference outshone all other whiskies. In the reference, panellists found a wonderful combination of sweetness, fruit, toffee and that lighter style of peat smoke which is Bowmore’s hallmark. By comparison, even the whisky which had been left standing half-full had lost intensity.

To conclude, some advice. If you only have 10cl left in your bottle, don’t leave the bottle standing for too long. If you pour whisky into sample bottles, don’t use cheap plastic. Finish opened bottles within the year, at least, or pour the contents into clean, glass sample bottles.

And, for heaven’s sake, keep your whisky out of the sunlight.

All samples contained Bowmore Laimrig Batch 3, and remained in their conditions for two years.