Enthusiasm for rye whisky has sailed from the shores of North America across to Europe, prompting a new wave of distillers to lean on their own heritage and unique character, and stage a ‘rye-volution’. Dave Broom spoke to the distillers leading the charge. 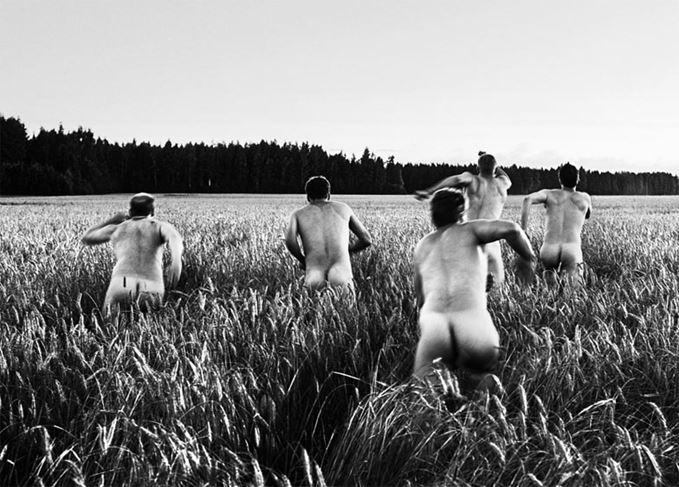 There’s an undoubted buzz about rye. A rye-volution if you like. A grain which was seen as a North American speciality now has worldwide presence, from Japan to London. We’ve seen Scotch moving into the rye game but what of the rest of the Europe?

The first thing that any distiller does when you ask about rye is to shake their head and start to recount a litany of issues: stickiness in mashing, foaming in ferment, burning in the still, sight glasses blowing. Rye’s flavour might be compelling, but making it seems to be an exercise in masochism. Why make it in the first place, then?

For some it comes from an impulse to work with existing food cultures. ‘We grow up on rye in Finland,’ says Kyrö’s Miika Lipiäinen. ‘When I realised back in 2011 how fantastic rye whiskies can be, it connected instantly in my head with our Finnish rye heritage.’

Jasmin Haider’s father started distilling rye at Austria’s J.H. distillery in 1995. ‘The main question when we started the distillery was, “how can I make the most of what I have?” and rye grows on our doorstep. We did not consciously look for the challenge – it was given to us.’

Linking to the locale was also behind Germany’s Spreewald distillery’s decision to go rye for its Stork Club brand. ‘After all,’ says co-owner Bastian Heuser, ‘even Wild Turkey buys their rye grain in Brandenburg!’ There were other motivations, however, such as the craft beer movement and its use of yeasts, and the distillery’s proximity to Berlin’s headily creative bar scene.

Being brought up in a genever distillery meant that Millstone’s owner Patrick Zuidam was familiar with the grain which itself then linked back to a sense of place. ‘Rye has that special earthy spiciness that really connects you directly to the grain and the farming. The flavour of the grain is inspirational in itself. It tastes truly different from every other grain we distil.’

Although there is less of a rye food culture in England and Ireland, this hasn’t stopped distillers exploiting its potential.

For Oregon-born Alex Chasko at Teeling (who also made rye at Kilbeggan in 2011), making rye was partly a return to his roots, but also discovering a hidden Irish back story. ‘I think that rye is an interesting way to bridge the waters between the two traditional styles,’ he says. ‘The legends of Irish rye mashbills were far too tempting for a young American distiller to pass up, but at the heart of it I wanted to mash and distil something that was going to take people by surprise. I wanted to challenge the norms of what people thought Irish whiskey could be.’

Like Chasko, Oxford’s TOAD distillery has an American at the helm. ‘When I first tried it in 2000, rye was punk rock,’ says co-founder and head distiller Cory Mason. ‘It had the same attraction to me as Armagnac does compared to Cognac. When we started TOAD we had the good fortune to meet with [Oxford University archaeo-botanist] John Letts who had been building a population of ancient rye varieties which we then had access to.’

Almost unnoticed, rye is beginning to become a player in EngIand’s nascent whisky industry. As well as TOAD, Adnam’s has released a rye, while the English Whisky Co. has included it in its Rye & Malt, and Farmer’s brands.

‘Clean slate’: ELLC’s London Rye is one of the first whiskies to be produced in the UK capital in over 100 years

This month has seen the launch of two London ryes from London Distilling Co., and East London Liquor Co. (ELLC), whose distiller Andy Mooney explains the decision to turn to rye as coming from the fact that, as rye fans, they thought they’d make their own. ‘We had a clean slate to work from,’ he says.

Not working from an existing template might explain the number of different approaches being taken. As Haider says, ‘we define ourselves as individualists’. What else would you expect from this most awkward and individualistic of grains?

‘We felt that we should try to make a rye that wasn’t too far away from a single malt,’ says Alex Munch, co-founder of Stauning in Denmark. ‘We use Scottish traditions when we make whisky, but we’re alone in our style of rye – and we like that fact.’

Rye is not just testing in production – and some would say flavour – but intellectually as well. ‘I wanted to make a whiskey that challenged people’s views,’ says Chasko. ‘Something strange and hopefully a bit special. The whiskey is soft and fruity but has the spice that is shared with single pot still and American rye whiskey.’

Millstone’s benchmark 100 Rye (100% malted rye, aged for 100 months, bottled at 100 proof) has a rich elegance that mixes honey, rose, allspice, cubeb, and maraschino. Haider’s malted rye has a mix of green apple alongside chocolate and signature spice and a subtle, sweet mid palate, while Kyrö sets off in a bolder and richer (though still sweet) direction, compared to which Spreewald’s Stork Club is a gentle clove tobacco-accented caress that revels in lush chocolate notes while stirring in dried fruit from oloroso casks.

TOAD has released a zesty, earthy mix of baking spice and crème caramel from small casks, while the ELLC’s offering, even from a low rye mashbill, is perky and spicy with allspice, gentian, toffee and cherry.

Flavour creation: Stork Club’s rye whisky is distilled in a hybrid still, unlike some of its European counterparts

The wide spread of flavour is no great surprise given the methods used. These range from 100% malted examples from J.H. and Stork (both of which use different roasts and, in one of J.H.’s multiple examples, peat smoke) as well as Kyrö, and Millstone; while Teeling, Stauning, ELLC and one of J.H.’s use mixed mashbills of malted rye and barley (and in Teeling’s case, unmalted barley as well – which only seems right).

Kyrö, TOAD, Millstone, and Stork Club all go down the all-grain route and utilise long and often temperature-controlled fermentations utilising a wide variety of yeasts. Distillation could be pots in the case of Teeling (which also has worm tubs), Stauning (which uses direct fire), Kyrö and Millstone; while Stork Club and TOAD use different types of hybrid/linked stills, and ELLC wades in with a mix of pot and column.

Maturation is, unsurprisingly equally varied in terms of oak type, cask size, and previous fill. It could be new wood (Stauning), second fill (Teeling), large and small (Kyrö), oloroso, new American and new German in the case of Stork Club, and a complex mix of small French oak, ex-Bourbon, then a brief pass through PX for ELLC.

A more pertinent question would be what does all of this activity mean for rye in the future? Will it remain the interesting oddity beloved by hipsters (or whoever comes after hipsters’ beards have gone grey) or become a significant player? ‘We see rye taking a place in the pantheon of established whisky categories,’ says  Lipiäinen. ‘Since we make single malt rye, why not a future where we have grain ryes and single malt ryes just like there are grain and single malt whiskies?’

Many, such as Stork Club, are pinning their hopes on an uptake from bars. ‘We believe that it can become a significant player in mixed drinks and cocktails,’ says Heuser. ‘Rye can produce the most flavourful and complex whiskeys if you look beyond the typical spice that everyone expects from American rye.

‘It can occupy a small but growing niche within the whisky market that is not centred around age and neat sipping like single malt, but has its heritage in bars as a cocktail and long drink ingredient. Our focus is to supply bars with a European alternative to American whiskeys.’

What is world rye? A marvellous melange of wildness and opportunity.