Shining a spotlight on Scandinavian whisky

Scandinavia is currently a hotbed of whisky innovation. In this fjord focus the Whisky Virgin points his compass north in his ongoing quest for knowledge and finds a whole new flavour map in the Arctic Circle. 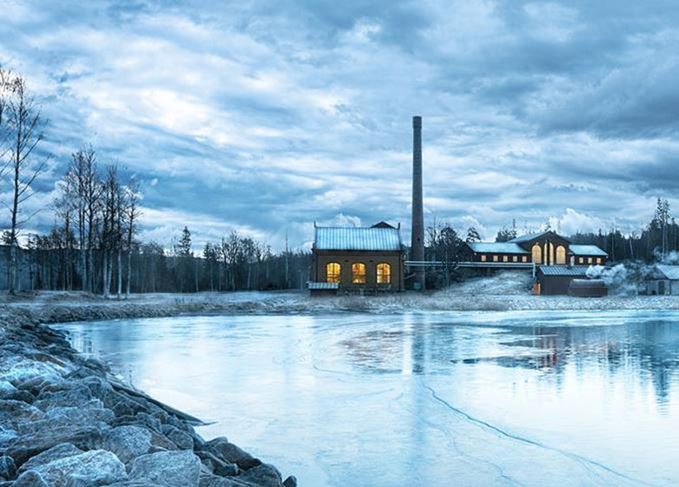 Chill-filtered: The Virgin gets to grips with Scandinavian distilleries like High Coast in Sweden

How am I supposed to ‘complete’ whisky when new distilleries keep being invented for me to learn about? Here I am, thinking I’ve got the game on lock because I’ve drunk a few Scotches and learned how to pronounce Laphroaig, but then I find out there’s a whole section of the whisky map I never knew existed. I haven’t even tried all the ‘glens’ yet, and now I’ve got a whole bunch of Scandinavian whiskies to add to my hit list.

What’s a Whisky Virgin to do?

Well, I probably shouldn’t complain. Especially ’cause I’ve been a big fan of all things Scandi since the great hygge craze of 2016. Maybe I can give Scotch a swerve this once and check out the boozy goings-on in the land of the midnight sun. Word on the street is that Scandinavia has always had strong whisky vibes, with plenty of world-class bars, clubs and festivals dedicated to Scotland’s finest export. Add to that a history of distilling vodka and a traditional herb-flavoured booze call akvavit and it was probs only a matter of time before it got down to making its own malt.

But what can I expect from Scandi whisky? Does it taste anything like Scotch? Are those scary hippies off Midsommar actually real? With these and similar questions in mind, I set out on an epic research mission, starting in…

Okay, so I didn’t actually go to Sweden, but I did the next best thing and got down to some good old-fashioned research. What I learned is that ground zero for the Scandi whisky boom is a distillery called Mackmyra, founded in 1999 about an hour north of Stockholm – according to Google Maps.

Even in the UK, I found a dram of Mackmyra was pretty easy to track down and even easier to drink. It was definitely malty, and definitely tasty, but also had its own thing going on. A little digging told me that the malt masters at Mackmyra take inspiration from Scottish distilling, but they put their own spin on things to make their sauce taste extra Swedish. This means using locally grown oak to age some of their whisky and even smoking barley with burning juniper wood instead of peat – apparently not something you see every day in Scotch-land. Nice work, Sweden. Pop a bottle of the old Mackmyra Svensk Ek on my Christmas list.

There are plenty other members of the Swedish whisky mafia represented on the shelves of my local booze shop, including High Coast (the distillery formerly known as Box) and Spirit of Hven, which also make rye and corn whisky. If I fancy something malty but with a little twist to while away a night by a fjord – or canal or whatever – I can see myself reaching for a Swedish whisky.

I’m told that the big player in Danish whisky right now is a distillery called Stauning – a crafty outfit started in 2005 by a gang of aspiring whisk-ists keen to replicate their favourite Islay Scotches. Fast-forward to right now and the good people at Stauning are happily cranking out peated and unpeated malt, as well as whisky made from that most spicy and Nordic of grains, rye.

During my extensive research drinking I managed to locate and knock down a dram of Stauning Kaos, which is a blend of all three spirit styles. It was totally different from any whisky I’ve ever had – sweet and spicy like a Danish bakery and smoky like getting baked in Denmark. It was also totally different from the Swedish malt I tried and had a real sense of Nordic flavour to it. Rumour has it the peeps at Stauning are doing more experiments to find unusual whisky flavours, such as smoking malt with burning heather. That’s got to be worth a look, right?

Other names I was told to watch on Denmark’s whisky scene were Isfjord, where whisky is made with water from an iceberg in Greenland, and craft beer ultra Mikkeller, which has started distilling its signature brews and barrelling them up good and proper.

Looks like there’s a whole lot of new stuff to look forward to in Scandi whisky, huh? Which brings me on to…

Proudly Finnish: The team at Kyrö distillery are huge champions of rye. And sheep.

Okay, so I know Finland isn’t technically Scandinavia – I mean, I do now – but it is way up there by the Arctic Circle and my sources tell me it’s also home to some exciting whisky. There are various malty happenings around the country but something that really stood out to me was a little distillery called Kyrö, which was launched in 2005, inspired by a love of American-style rye whiskey. Sounds to me like the perfect thing for a Manhattan cocktail. But what would you call that? A Helsinki? Let me know, Kyrö.

I’ve heard tell that Norway’s first single malt distillery is on a little island called Myken, beyond the Arctic Circle. Apparently, this hands-on operation in an old fish factory (+100 Scandi points) is the first of many planned whisky houses in Norway. At Myken they’re working on a super-local spirit, made with desalted Arctic seawater and – eventually – grain grown right there on the island. What does it taste like? No idea, pal. As far as I can see it hasn’t made it to the UK yet. But it sounds to me like another reason to get excited about Scandinavian whisky.

Wow, so it turns out there’s a lot happening up there on the Nordic scene. With all these new developments it’s probably going to be pretty difficult for me to come up with a catch-all, hot take on all of Scandi whisky. But I guess the thing all the distilleries I learned about have in common is that they come from a love of whisky tradition, but they still have an eye on making something new. Something that works in the local culture and flavours and ingredients.

And yeah, if new distilleries keep appearing all over the place then I probably won’t ever learn everything there is to learn. But even if I stay a Whisky Virgin forever, I reckon it’s good that there’s always more whisky.

Until next time pals, skål.