Scotch whisky and rye: the challenges

Scotch whisky may be on the cusp of a rye revival, but making spirit from this tricky grain is no simple task. Distillers are having to come up with ever more inventive ways of working with rye, as Dave Broom discovers. 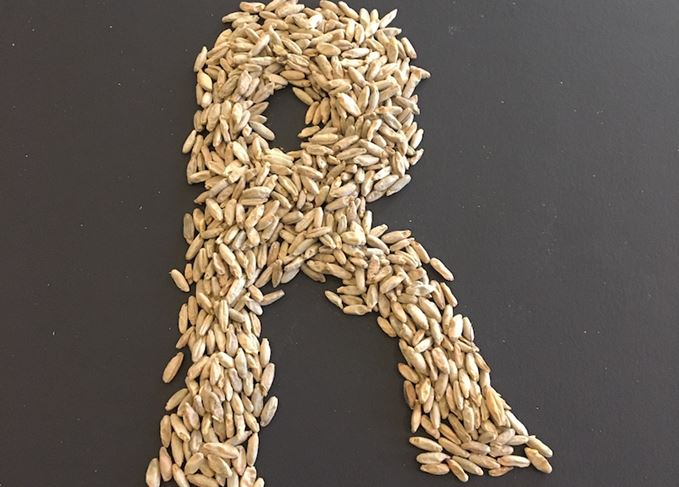 R is for…: Inchdairnie’s ‘Ryelaw’ spirit is taken from the name of a nearby farm

Rye is known as an awkward customer. It can turn to glue when being mashed, and foams wildly during fermentation. Many are the tales of a distiller setting a washback one evening – and returning the next morning to find the tun room knee-deep in froth. The thickness of the mash also means that it can stick to the inside of the stills and burn onto the steam coils.

There is also no single way to process rye. Every country has its own style and, within that, each distiller plays its own variations. For example, in the US and Canada enzymes can be used to assist with processing, but as these are not permitted in Scotch, the naturally-occurring enzymes in malted rye or malted barley have to be utilised instead.

It’s therefore no surprise that four different ways were used to make Scottish rye in the recent pot still revival of the grain in Scotland. ‘The original intention was to malt the rye,’ says Bruichladdich distillery manager Allan Logan, ‘but as we couldn’t get that done, we used a mashbill of unmalted rye and malted barley.

‘Rye is high in betaglucanase, which is why it can turn into wallpaper paste in the mash tun. Some distillers use rice hulls to help with creating a filter bed, but we used malted barley for this, and its enzymes. We ended up with a 55% rye content, which was sufficient to give us five mashes.’

Even then it wasn’t straightforward. ‘Having the rye and barley together in the grist hopper gave us drainage problems on the first mash,’ says Logan. ‘We then mashed the rye on its own at a higher temperature, and then added the malt, though in trying to master the drainage we might have lost some flavour.

‘It was pretty thick and sticky through the stills, and we ran 30 minutes of foreshots and cut quite high to retain the spiciness, which came over in the middle.’

Meanwhile, InchDairnie’s approach with its ‘Ryelaw’ spirit was completely different. Malted rye was used, but kilned at a lower temperature to the malted rye used for flavour in brewing.

‘Malting added flavour,’ says InchDairnie managing director Ian Palmer. ‘It also kept things simple. You have to burst the protein matrix in the grain to release the starch, either by cooking or malting. We also started mashing at a low temperature to ensure the protein enzymes broke the rest of the cell walls.’

In total, 1.5 tons of rye and 1.4 tons of malted barley were milled and mashed at 45˚C, before the temperature was increased to 65˚C to complete conversion. A more dilute water:grist ratio to normal was used because of rye’s stickiness.

Whereas Bruichladdich uses a traditional mash tun, InchDairnie converts in one vessel and then separates the wort from the solids in a mash filter. ‘This stops coagulation,’ says Palmer, ‘while creating more flavour.’

As the mash was thinner, Palmer removed some plates from the filter to retain the optimum thickness of grains on each. ‘It wasn’t as problematic as anticipated,’ he adds, ‘so we could increase the amount of rye and increase the original gravity.’

The clear wort was fermented with Mauri’s ‘R’ yeast, selected for the distillery, and then double-distilled, the first in a standard pot, the second in the distillery’s ‘Lomond Hills’ still, an adaptation of the original ‘Lomond’ still and named after the hills behind InchDairnie.

While the original ‘Lomond’ still had moveable plates in the neck which could vary reflux, the InchDairnie variant’s are fixed. Reflux is manipulated by flooding the plates with condensed distillate. The more that is reintroduced, the lighter the spirit.

‘The first few distillation runs had to be modified to allow for the higher alcohol we achieved in fermentation,’ says Palmer. ‘Accordingly, we filled the first half of the run as a separate batch. The second half was more stable and is now ready for sampling and then filling.’

Lone Wolf distillery in Ellon is also using malted rye – but for another reason. ‘The challenge with processing any unmalted cereals through a four-roller mill is that the kernels are so tough that the mill would struggle to break them apart,’ explains distiller Steven Kersley. ‘The mash would then be like mixing water with whole grains… pointless.’

Then there’s the wallpaper paste syndrome. ‘To get a filter bed, we used 70% malted barley on our first mash, but this week’s is 60% malted barley to 40% malted rye. The husks of the barley give us the filter bed to go through; run-off is slow, but the flavour is great.

Lone Wolf is ageing in a mix of ex-Buffalo Trace Rye casks, virgin American oak casks and 50-litre American oak (both with a level three char).

Meanwhile, a mix of new American and French oak (with some first-fill American) is being used by Bruichladdich, and 100% virgin Ozark American oak barrels by InchDairnie.

Each distiller is already planning for next year. ‘We’d ideally like to do more,’ says Logan, ‘so in spring we’ll plant plant 20 acres over two fields – and we might just up the rye when we distil. We’ll see.’

Diageo will continue to trial rye at pilot plant Leven and two other (unnamed) distilleries – though the presence of a mash filter suggests that Teaninich might be one.

‘It’s important to see this within the context of a series of ongoing experimentations which we don’t always talk about,’ points out the firm’s head of whisky outreach, Dr Nick Morgan. ‘Now we have the pilot plant, we have the flexibility to scale up quickly, but first we want to see what we get from the maturing stock.’

Kersley is already looking at the possibilities which rye gives. ‘It brings an earthiness that’s absent in barley – slightly green with a breadiness and burnt sugar sweetness,’ he says. ‘I’m really excited to use this grain more often in different guises. We’re just at the top of the rabbit hole, but we’re about to sprint down it.’

It’s a similarly bullish outlook in Fife, where Palmer says: ‘We are now collating all of the data we collected and we’ll review internally over the coming weeks, then with Muntons and Mauri, allowing us then to settle on our plan for next year's run. We have already secured the rye for that, and have got the rye growing, here in Fife, for 2019. Ryelaw is here to stay.’

Which begs the question: who’s next?