How beer is inspiring a new wave of whisky

Roasted malts have been used to make beer, from pilsners to rich stouts, for centuries. Now, a growing number of Scotch whisky distillers are experimenting with varying roasts to create a whole new world of flavour. Lew Bryson investigates. 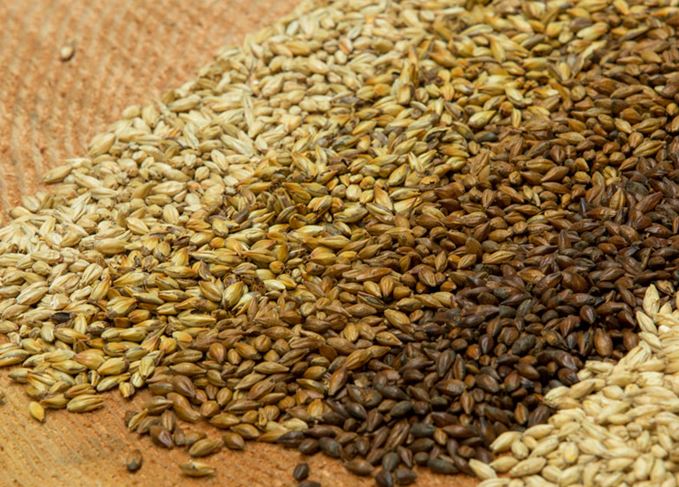 Most of us understand what malt is. Barley is wet to trick it into germinating, then kilned to kill the sprout before it eats too much whisky fuel. Mill it, mash it, all that jazz, and you’ve got beer. Distil the beer and age it, you have a barrel of whisky. If you want something different, kiln the malt the old-school way, over a smoky peat fire, and you've got peaty whisky. Simple.

Similarly, most of us understand different roasts of coffee. Coffee beans are roasted and the longer they’re roasted, the darker they become. Cinnamon roast, regular roast, full city roast, Vienna roast, French roast, Spanish roast: lighter to darker. There are other factors – the age of the bean, the grind, how it’s infused – but the roast is a baseline to the flavour of the coffee.

Brewers put the two ideas together to get different beers. A pale lager? Plain pale malt, quite similar to the malt used to make whisky. But a stout? Dark roasted malt, maybe even roasted barley – shades of Irish single pot still – and you’ve got a dark beer with aromas of chocolate and coffee. A brown ale? Somewhere in between, a blend of light and dark malts, with garnet colour and lighter aromas of cocoa. Craft beer drinkers talk a lot about hops, but the different malts are what make the basic body of the beer different. It’s the roasting level that makes the big difference in those malts.

If you want to know what malt can do, you want to talk to a maltster. Pete Robson is general manager, malt sales, at Muntons Malt in Kinross. Muntons has been malting British barley since 1921.

‘Pale malt is pretty basic stuff,’ he says. ‘Through skillful manipulation of the malting and kilning regimes, the maltster is able to produce a diverse and vast array of malt types. The assorted malts range from lightly coloured white malts through to charred black and chocolate malts, each imparting their own unique colourful and aromatic qualities to the wort produced, some of which will then be carried over with the spirit during distillation.’

Scotch innovation: Roasted malts are at the heart of Balvenie’s A Day of Dark Barley

That’s right: distillation. Scotch whisky distillers are experimenting with these differences, common to the point of being taken for granted in the brewing world. That's not the case in distilling. Listen to David Stewart, renowned (and semi-retired) malt master for William Grant & Sons, talk about using roasted malts back in 1992 to brew up the spirit for the recent A Day of Dark Barley 26 Year Old from Balvenie. This was clearly something well out of the normal back in those days.

‘The spirit for the 26-year-old Dark Barley was distilled in 1992,’ he tells me. ‘Prior to this point we hadn’t experimented with malts. This was really the first of its kind, and when it was initially distilled we didn’t have any plans to release it. We wanted to see how the nose and taste would develop over time.’

It was strictly experimental, until it turned out to be delicious. The whisky is described by the distillery as: ‘Syrupy with a toffee sweetness, some citrusy notes of tangy orange peel, followed by oak vanilla and a touch of cinnamon and ginger spices at the end.’

It’s probably not surprising to see that the other major experimenter with roasted malts is Glenmorangie. These two distilleries seem destined to be side by side at the forefront of whisky-making innovation, given their huge twin influences on cask finishing.

Glenmorangie Signet was introduced much earlier, in a non-age-statement bottling in 2009. Darkly roasted chocolate malts are at the core of the blend for Signet, along with spirit distilled from Glenmorangie’s own Cadboll barley.

‘We’re obsessed with experiments and innovation, looking at things and seeing what we can do,’ says Brendan McCarron, head of maturing whisky stocks at Glenmorangie. ‘Malt’s one of your three raw materials, so there’s a lot of focus on what you can do to change your spirit character. If you use high-roast chocolate malt, that delivers a pretty significant difference. Night and day. It’s not a silver bullet: malt doesn't always change the flavour of the whisky. Some things it does, some it doesn’t.’

Ask drinkers about the idea, and from people who understand the whole process you’ll get some scepticism about how much flavour and aroma, how much influence from these roasted malts, will carry over through the distillations, through the long years of oak ageing, and actually show up in the glass. It seems a stretch, they’ll say, that something that small won’t be overwhelmed by the process and the wood.

Stewart explains it in some detail. ‘The mash bill for the Balvenie 26-year-old has been made from 100% roasted barley; a small portion of the blend was from heavily roasted malt,’ he says. ‘The balance from the heavy and lightly roasted malt has allowed the spirit to take on a unique, malty, rich flavour and aroma. These delicate flavours have been matured in bourbon casks to ensure the flavours from the oak complement the spirit and do not overpower the flavour from the cereal.’

McCarron puts it another way. ‘It’s like meat: if you cook it differently, boil it or put it on a grill and char it, it affects the flavour,’ he says, then notes that, roasted or not, the malt is one factor only. ‘In single malt, there are so many variables, there’s never a single answer. How did you mash it? How was your mill working? How warm did the fermentation get? The stillhouse – was it hot that day? And the casks – first use, second? They all contribute small things, and some of them pull in the same direction, some of them pull against each other.’

The Flavours of Roasted Barley

Speciality malts are produced by varying the moisture, time and temperature during the drying process of malting. These malts can be either kiln dried or drum roasted, although roasting is necessary to produce rich caramel flavours in some malts.

Meanwhile, in America, craft distillers who feel unbound by traditions (either Scottish or American) are experimenting more deeply with the full range of malts. Westland distillery in Seattle is experimenting with a variety of heirloom strains of barley (including Purple Obsidian, an old Egyptian strain that is a deep purple in colour, with a distinct nutty flavour). Sons of Liberty in Rhode Island makes malt whiskeys from classic beer mash bills and yeasts.

Don’t believe this spread is only happening in America. Muntons’ Robson wouldn't name names, but said Scotch distillers are definitely experimenting, and not just with roasted malts. ‘We are seeing a growing interest in the use of traditional brewing materials in the production of spirit,’ he says. ‘We are aware of distillers using malted wheat, malted rye and malted oats. I expect to see more and more dip their toes into this area.’

The calls for whisky innovation are not falling on deaf ears. Expect to find some interesting flavours on shelves near you some time soon.