Are whisky decanters making a comeback?

The bond between imbiber, glass and bottle is a strong one. But it was not always thus: step forward the whisky decanter. Once a must for every whisky-drinking household, could it be ripe for revival? Ian Wisniewski reports. 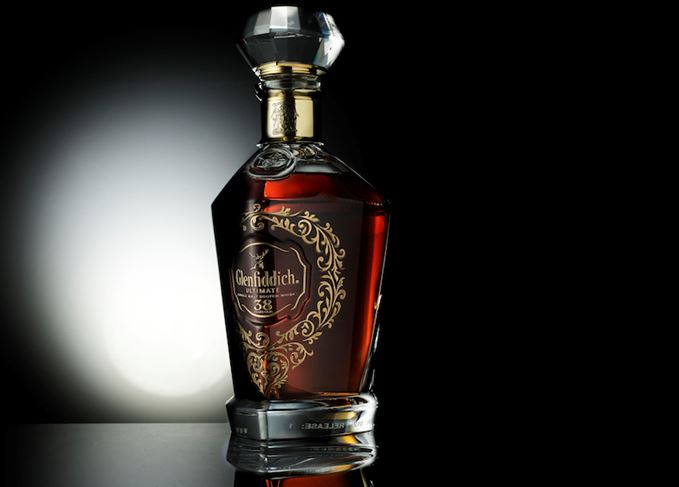 Sometimes the best way to savour a Scotch whisky is on your own, exploring every nuance of flavour without anyone interrupting to ask what you think (particularly if they only want to tell you, in great detail, what they think!).

In fact, a glass and a bottle provide a special camaraderie that keeps on giving – to all the senses. The sound of opening a bottle and pouring is an overture to the aroma, taste and mouthfeel, with accompanying visuals including the colour of the whisky in the glass, while the bottle provides style, statements and graphics to linger upon.

A bottle and a glass are such an ultimate couple that anything else may seem like an interloper. But there was a time when a glass and a bottle were strangers. There was another long-standing union: between a glass and a decanter, with bottles relegated to an entirely pragmatic role.

That’s because buying Scotch whisky was once a very different process, being drawn from casks stored on the premises by grocers or wine merchants.

‘In the old days, customers would bring bottles of their own to be filled from casks, or send their butler to do this, with the word “butler” a derivation of the original term “bottler”,’ explains Doug McIvor, spirits manager, Berry Bros & Rudd.

‘Glass was very expensive until the 1800s, which meant that owning bottles was a significant status symbol, and bottles were typically decorated with a family crest. A bottle was a practical means of getting the whisky home, where it was poured into a decanter.

‘Things started to change from around the 1840s-1850s, when grocers and whisky blenders began to sell whisky using their own bottles.’

And, as the price of glass continued to decrease in the 19th century, while the quality improved, whisky was increasingly sold already bottled, and the move towards serving whisky from a bottle rather than a decanter had begun.

So, with the Scotch whisky scene being relatively decanter-free for so long, where are we now?

Bottle or decanter?: The packaging of luxury whiskies can blur the lines between the two

‘Decanters are principally collected as beautiful objects or investments, with usage relatively sparing, but I believe decanters will come into their own,’ argues Ken Grier, malts director at Edrington.

‘They look wonderful, feel good in the hand, and reward you with ceremony. Paired with a great glass, a decanter completes the experience. And currently it’s all about having great experiences.’

With various producers providing a range of decanters, there’s certainly plenty of choice. But in terms of the decanter versus the bottle, what are the essential issues?

Inevitably, the first consideration is purely visual. Decanters don’t, of course, have a bottle label identifying the contents, and aren’t allied to a particular distillery. But they do offer craftsmanship in a range of styles.

‘Originally a round decanter would have been used for whisky, which was the easiest shape to produce, as you can keep turning glass in a circular mould to get rid of defects such as bubbles in the glass,’ explains Scott Davidson, Glencairn’s new product development director.

‘As the quality of glass, and skill of the glassmaker, evolved in the 18th century, it was possible to make a square decanter, which is much harder to produce as you can’t move glass around in a square mould.

‘That’s why having a square decanter was a status symbol, showing you could afford the best-quality glass. Square decanters have now been traditional for whisky for around 150 years.’

And the latest trends, emerging in the past 10 years? Oval-shaped decanters.

Another visual aspect is enjoying the colour of Scotch whisky, and in this sense decanters and bottles (made of clear glass) are equally revealing. But a decanter can also offer an additional feature.

‘You can ornament a decanter by cutting a design into the surface of the glass,’ says Davidson. ‘First you mark the design on the glass and then, using a diamond cutting wheel, you cut areas of glass from the surface. The surface is then polished to make the glass transparent again.

‘That’s one unique feature of a decanter, and an extra step that you can’t do to a bottle. Cutting a pattern into a decanter creates light that refracts through the whisky, and adds a little magic to it.’

How a Scotch whisky looks in a decanter is one consideration. How it behaves is another. It’s tempting to think that decanting a Scotch whisky will ‘aerate’ it and ‘open it up’.

But the consensus of opinion is that decanting doesn’t affect the flavour profile of the whisky (although the only way to know definitively is to conduct your own ‘compare and contrast’ exercises).

A related consideration is whether the headspace (the gap between the surface of the liquid and the base of the stopper) in a decanter is the same, or larger than a bottle. A larger headspace would mean a greater amount of air within the decanter.

Might this influence the flavour of the whisky? Answering this would require detailed comparisons of the same whisky, sampled from a bottle and a decanter at regular intervals, in both the shorter and longer term (I love research projects, let’s do it).

Meanwhile, there are times when the question ‘to decant or not to decant?’ is answered for us. Some Scotch whiskies, including high-end offerings from Dalmore and Glenfiddich, for instance, are bottled in decanters.

Meanwhile, certain luxury expressions of Macallan, for example, are presented in decanters from renowned French crystal producer Lalique. ‘The aesthetic is very important for Macallan, with a decanter and malt whisky combining beauty and creativity,’ says Grier.

The options include Macallan’s Six Pillars Collection, with the inaugural release in 2005, so far followed by four more. The sixth and final part of the series is due later this year. Collectors be ready!