Macallan has unveiled the last part of its Six Pillars Collection in association with crystal maker Lalique: a decanter of 65-year-old whisky priced at £23,500. 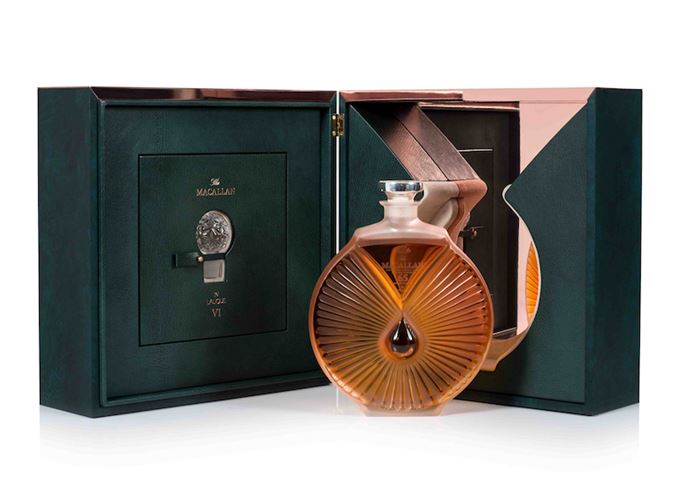 Final instalment: The ‘Peerless Spirit’ decanter will cost £23,500 when it goes on sale in July

The ‘Peerless Spirit’ decanter is the final chapter in the collection, which aims to tell the story of Macallan’s foundation stones – the elements said to define the Speyside distillery’s character.

Lalique creative director Marc Larmineaux based the decanter’s design on a single drop of Macallan malt whisky, captured falling from an inverted triangle – a feature found on every bottle of Macallan today, and first used in the 19th century.

Ken Grier, Macallan brand director, said of the range: ‘This stunning collection of decanters is the result of two kindred spirits, rooted in a shared passion for craftsmanship, detail and mastery.’

Bottled at 46.3% abv, only 450 individually numbered Peerless Spirit decanters will be released. They will be on sale from 1 July at retailers including Harrods, Hedonism and The Whisky Exchange.