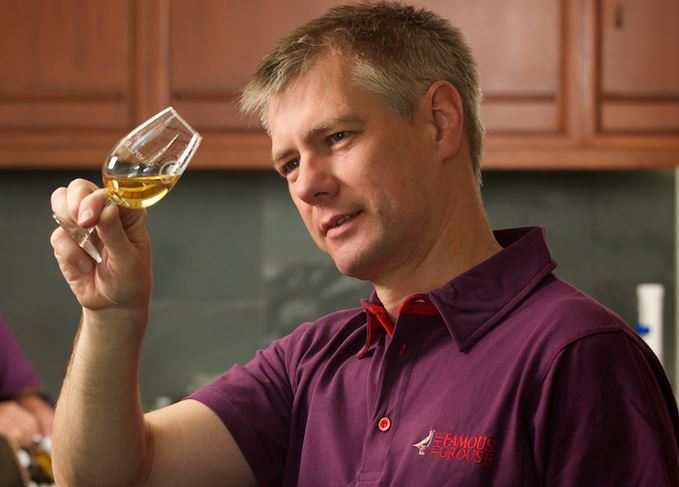 ‘My father’s father was a member of the Rechabites, a temperance movement. His grandfather had turned to drink and had lost all the family’s money – so he swore he’d never touch it. So, although my dad was proud when I got the job, he did mention that my grandfather would be turning in his grave.

‘I got into home brewing in my late teens, started off with cider and beer kits, and moved progressively into brewing beer from the raw ingredients – but my first course at university was an honours degree in computer science.

‘Between my third and fourth year, a friend and I toured around a few distilleries and then I thought: “I don’t want to be in computer science any more.”

‘I got a temporary job on the Isle of Man at Bushy’s brewing, to build up for the Isle of Man TT in 1994. It was an interesting four months – the island just goes absolutely mad for four weeks, and then dies completely for the rest of the time.

‘I was always dealing with quality in some way or another. If you’re brewing, you taste the beer before it goes out. If you’re malting, you’re continually testing the quality of the malt. You understand the problems that distilleries have and the solutions to them.

‘Some products that we’ve got now we won’t have in 10 or 12 years’ time, and there’ll be others coming in that we haven’t laid down stock for. Production is ever-changing and we’ve got to guess the future as best we can.

‘Some of the distilleries are now saying: “We’re not going to sell that malt any more, but you can have one of the other ones.” So we’re getting less variation to play with as blenders. It’s all down to the growing popularity of single malts.

‘Huge companies like Diageo have enough variation without needing to swap, but smaller companies are still going to look for a good mix of new spirit. Distilleries will start to produce different styles of whisky from one distillery.

‘The classic example is us struggling to get enough heavily peated malt of the right style to use in The Famous Grouse Smoky Black. In order to ensure that we have a consistent supply of that, we started producing heavily peated in an Islay style at Glenturret – two styles, same distillery.

‘What’s my “filing cabinet” whisky? I really like Highland Park 12. If it was the only whisky I was allowed to drink, I would be happy to stick with that.

‘You see whiskies going for vast sums at auctions, and you think: “Why?” I make it to be drunk and I would like people to enjoy it.

‘I’ve built my own house, so I’m into DIY. It took me a couple of years, and I lost half a stone in weight. I’d go from work to the house and then work until 10 o’clock at night, and then to bed.

‘I’m now looking at the garden, but that’ll take more than two years. By the time I finish that, it’ll be time to redecorate.

‘I don’t do as much now, but I used to shoot small-bore target rifle and was a member of the Scotland squad for a number of years. That’s taken me to Germany, the Czech Republic, Poland, Gibraltar.

‘I travel a lot and there are some places you get to where you think: “What am I doing here? I don’t even understand the road signs!” There’s definitely that Lost in Translation moment.

‘There’s been this huge increase in the number of new whiskies that we’re asked to come up with. A couple of years ago, I’d produced 13 new variants in the first six months – effectively one every two weeks. That was getting extreme.

‘I’m on the whisky judging panel at the International Spirits Challenge. I think we were at 430 whiskies this year, to taste in three-and-a-half days. People think that sounds great, but just you try it.’ 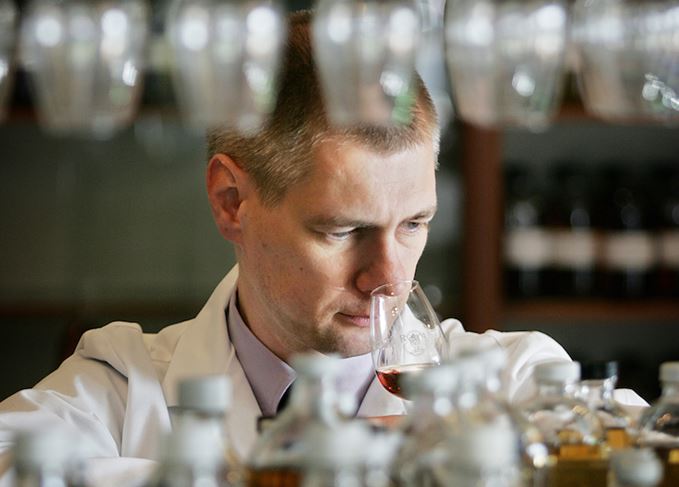 The nose has it: Gordon Motion at work on another blend