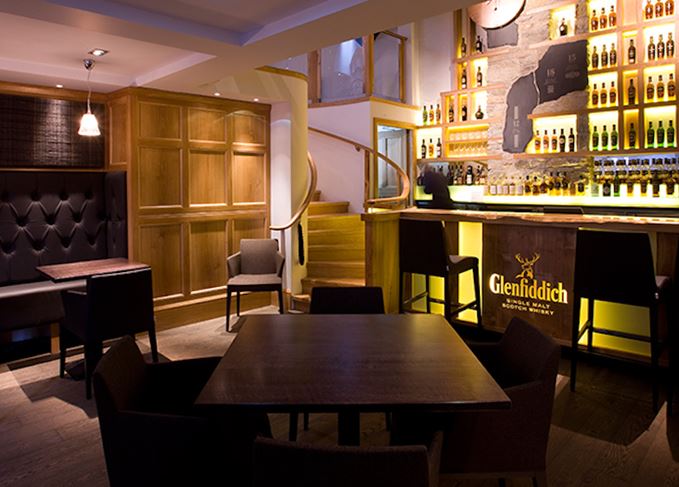 Popular destination: More and more people are visiting Glenfiddich and other distilleries

The distilleries rank alongside some of the UK’s most popular visitor attractions, drawing similar visitor numbers on a collective basis to Edinburgh Castle and St Paul’s Cathedral, said the Scotch Whisky Association (SWA).

Visitors to the distilleries spent an average of about £25 per head in 2015, according to a survey conducted by the SWA, making total spend at distilleries £50m, almost double the £27m total recorded in 2010.

The highest proportion of visitors came from Scotland and other parts of the UK, followed by Germany, the US and France, the SWA added.

‘Scotch whisky distilleries offer high-quality and unique opportunities to visit the homes of some of Scotland’s most famous brands,’ said Julie Hesketh-Laird, SWA deputy chief executive. ‘It is testament to Scotch whisky companies that visits have increased at a time when overall Scottish visitor numbers fell.

‘This brings important benefits to the wider rural economy, as distillery visitors will also then be staying at the local B&B, visiting a local pub or café, or buying souvenirs of their stay in Scotland.’

Roughly half of Scotland’s 118 distilleries are currently open to the public, attracting ever-increasing investment from their owners as they realise the growing importance of whisky tourism – something that has been further enhanced by the success of events such as the Islay Festival and Spirit of Speyside.