More people than ever before visited Diageo’s Scotch distilleries over the past year, reinforcing the current boom in whisky tourism. 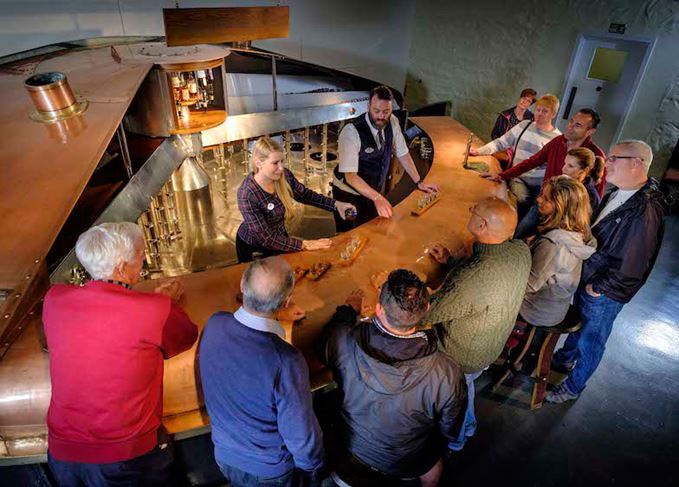 The world’s largest producer of Scotch whisky, and operator of distilleries such as Lagavulin and Talisker, reported visitor numbers of almost 410,000 between July 2016 and June 2017 – a 7% increase on the previous year.

The numbers stopping by Diageo’s 12 distillery visitor centres are the highest the company has ever seen, and double the amount witnessed eight years ago.

Collectively, the distilleries attract a similar number of visitors as Edinburgh Castle and St Paul’s Cathedral, making them some of the most popular tourist attractions in the UK.

Ewan Andrew, director of Diageo Scotland, said: ‘We have seen visitor numbers increasing rapidly over recent years as global Scotch sales have grown, and we’re investing to ensure Scotch continues to grow and that we welcome even more visitors to Scotland in the years ahead.’

Diageo’s most popular distillery over the last year was Blair Athol in Pitlochry, the home of Bell’s blended Scotch, which welcomed a record high of 75,000 visitors.

The distillery, which has seen the fastest growth of any Diageo-owned site over the past 10 years, has this week launched a new bar at its visitor centre, made from an upcycled mash tun formerly used at Clynelish distillery in Brora.