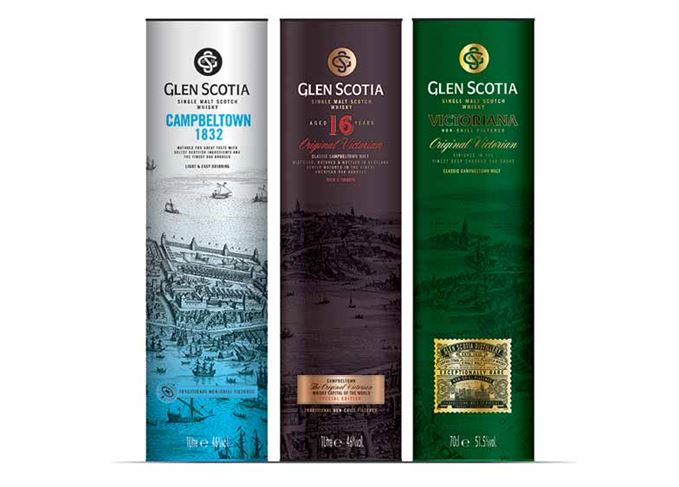 Glen Scotia: The 1832 Campbeltown and the 16-year-old will be global travel retail exclusives

The two new variants – Glen Scotia Campbeltown 1832, designed to celebrate the founding date of the distillery, and Glen Scotia 16-year-old – will be available in travel retail stores around the world from early 2017.

Both have been bottled at 46% abv and are non-chill-filtered.

Each whisky will be available in one-litre formats with the exception of Glen Scotia Victoriana, which will be packaged in 700ml bottles. Recommended selling prices will range from £27 to £75.

André de Almeida, managing director of global travel retail at Loch Lomond Group, said: ‘Providing choice to consumers inherently creates a reason for them to come back to the store, which is important for all categories, and in particular for single malt Scotch whisky where consumers tend to look for something new to add to their drink repertoire.’

Glen Scotia is one of just three distilleries in the Campbeltown region of Scotland, and has received ‘significant’ investment from Loch Lomond Group to increase production, warehousing and to build a new shop and tasting room at the site.

The group has grown its global presence to more than 90 countries and officially launched in the US in February 2016.