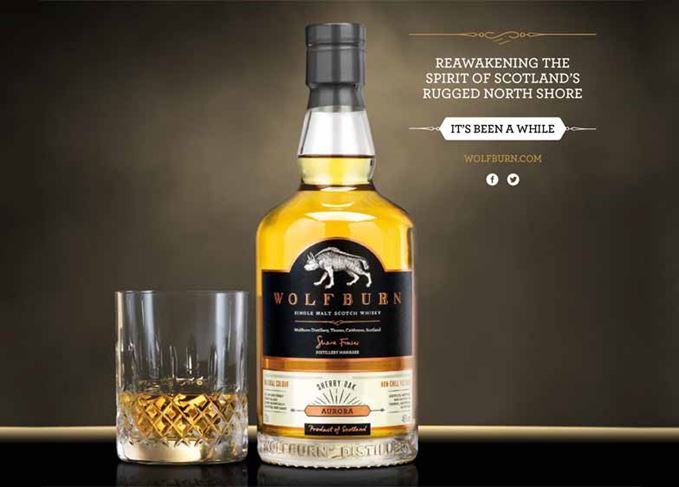 Wolfburn Aurora: The NAS whisky is aged in three different types of cask

The latest release is the work of master distiller Shane Fraser and his team, who restored Wolfburn whisky after more than 150 years of inactivity.

Bottled at 46% abv, Wolfburn Aurora is non-chill-filtered and will be available to purchase from 19 September for around £48 per 700ml bottle in the UK.

Fraser McGuire, sales and marketing director at Amathus, the UK distributor of Wolfburn, said: ‘With the outstanding success of Wolfburn Northland, we expect to see great things from the exquisite Wolfburn Aurora.’

Wolfburn distillery was opened by William Smith in 1821, but closed by the mid-1800s. In 2012, a private consortium from Caithness called Aurora Brewing was granted planning permission to rebuild Wolfburn 350 metres from the ruins of the original site.