Thurso’s first Scotch whisky to be distilled in over 150 years will be available to buy later this month. 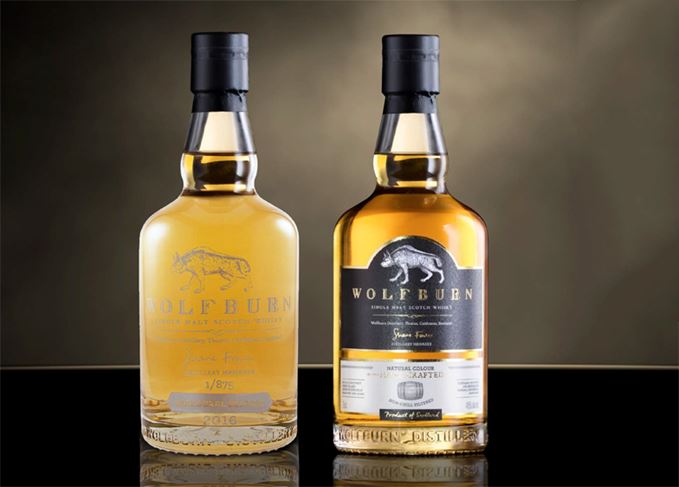 Wolfburn distillery, Scotland’s most northerly mainland site in Caithness, is releasing its first bottling of single malt on 14 March.

Though aged for just three years, Wolfburn Single Malt is a 46% abv, non-chill-filtered NAS expression matured in ex-Islay quarter casks made from Spanish and American oak.

A long ferment of 75 hours and slow distillation give the whisky a sweet fruit and malt character with a hint of smoke imparted from the casks.

The expression, which will be available for £44.95, is the first permanent release from Aurora Brewing, the company behind the modern incarnation of Wolfburn distillery that began distilling in January 2013.

A second limited edition bottling, called the Inaugural Release, is also being rolled out.

For this limited edition, Wolfburn distillery manager Shane Fraser used a longer fermentation time of 90 hours for more floral notes, and an even slower distillation of five hours, instead of four to increase copper contact and remove any trace of sulphur.

The Inaugural Release will be available for around £200 for a 700ml bottle.

Wolfburn distillery stands in the same spot as its 19th century predecessor of the same name.

The first site, which was named after the nearby water source, was opened in 1821 but closed in the mid-1800s. In its heyday it was the largest whisky distillery in Caithness, producing over 125,000 litres of spirit a year.