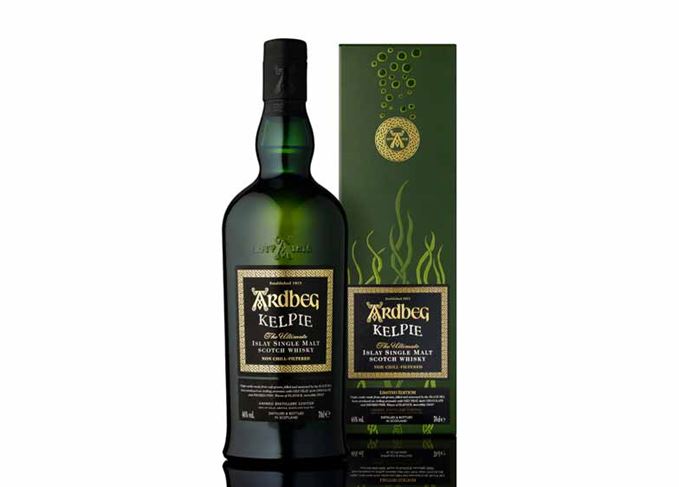 Named after the ‘kelpie’ – a legendary water demon said to live in the Atlantic Ocean, off the Islay coast – the new expression is the first Ardbeg whisky matured in Black Sea oak casks.

Sourced from the Adyghe Republic in Russia by Dr Bill Lumsden, Ardbeg’s director of distilling, whisky creation and whisky stocks, the casks are said to impart ‘incredibly deep flavours’ to the whisky, which is then married with traditional Ardbeg, aged in ex-Bourbon barrels.

A general release of Ardbeg Kelpie, bottled at 46% abv, will launch on Ardbeg Day, 3 June, at Ardbeg ‘embassies’ (select global bars and retailers) for two weeks, before being rolled out to specialist whisky retailers and department stores, priced at about £98 per bottle.

A special Ardbeg Committee-only release, bottled at 51.7% abv, will be available to purchase from 9am on Thursday (16 March), exclusively from www.ardbeg.com.

To celebrate the launch, Ardbeg fans at the Islay Festival, and around the world, will have the chance to take part in underwater-themed events in keeping with the ‘kelpie’ topic.

Michael ‘Mickey’ Heads, Ardbeg distillery manager, who celebrated 10 years in the role earlier this month, said: ‘For now, the finer details of our plans will remain a closely-guarded secret, but rest assured Ardbeg Day 2017 will be another legendary worldwide celebration of all things Ardbeg.’