Tullibardine distillery has released its second whisky in the Marquess Collection, a 13-year-old single malt matured in Châteauneuf-du-Pape wine casks. 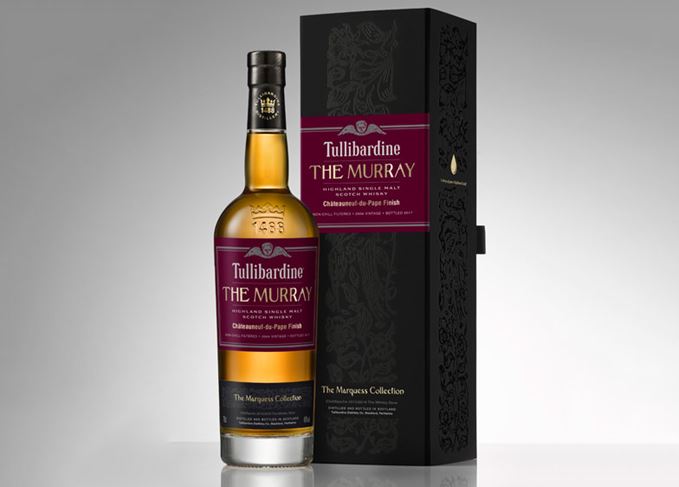 Wine finish: The Murray Châteauneuf-du-Pape is aged in French barriques

A sequel to 2004’s The Murray, Tullibardine’s latest release has been matured in first-fill American oak hogshead casks before being recasked in French wine barriques from the southern Rhône, and bottled at 46% abv.

Keith Geddes, master blender for the Highland distillery, said: ‘Following a long process of experimentation and patience, we’ve produced a delicious whisky which maintains the light characteristic of Tullibardine spirit, but is full of added complexity and depth as a result of using these classic French wine casks.’

The Murray expression is named after Sir William Murray, the 2nd Marquess of Tullibardine, who was a leading figure in the Jacobite uprising of 1745 with Bonnie Prince Charlie.

Murray later died locked in the Tower of London.

The Murray Châteauneuf-du-Pape will exclusively retail at Whisky.de from July at around €60 per bottle, but will be available worldwide in early 2018.