Glen Scotia distillery has added a new expression to its range – an 18-year-old Sherry-finished single malt. 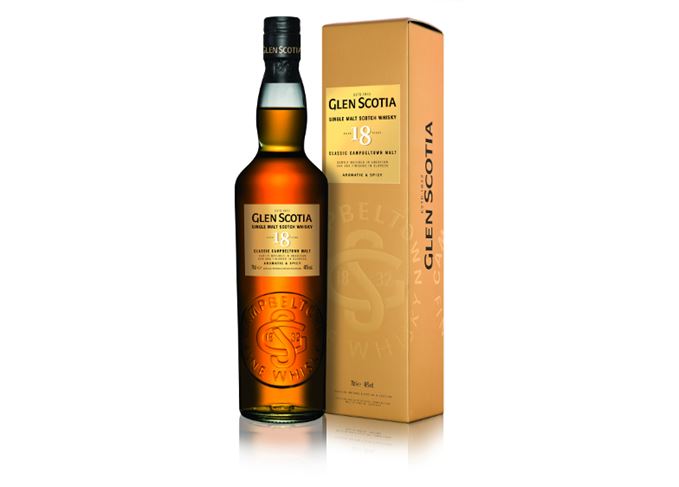 Having been matured in American oak casks for 17 years, the whisky was then finished in ex-oloroso Sherry casks for 12 months, resulting in ‘signature Campbeltown aromas of vanilla oak, sea spray and spicy aromatic fruits’.

‘On the nose, you will detect the scent of sweet toffee, perfumed floral notes and an air of crisp saltiness. On the palate, it imparts notes of rich deep vanilla fruit flavours, with mild hints of apricot, pineapple and plump sultana. The finish is long and dry, with gentle warming spice.’

Glen Scotia, established in 1832, is now one of only three working distilleries in Campbeltown – a region considered by some during the Victorian age to be the ‘whisky capital of the world’ and where 30 distilleries once operated.

Dating back: Glen Scotia's stillroom has been operating since the 19th century

Despite being operational for 185 years, many of Glen Scotia’s original fittings are still in use, as Henry explained: ‘Much of the original design has remained the same over that time, with the stillroom, dunnage warehouse and fermenters all dating back to the 19th century.’

Glen Scotia 18 Year Old is priced at around £85 and is available at specialist whisky retailers in the UK, Taiwan, Germany, Belgium and Poland.