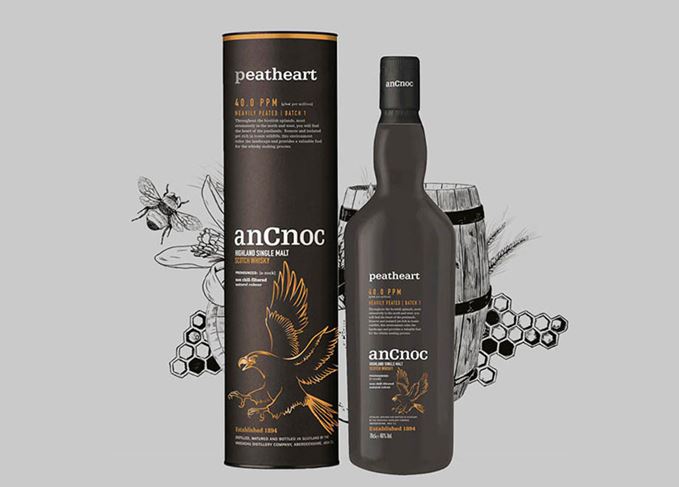 ‘Smokiest’ whisky: AnCnoc Peatheart is made from barley that has been peated to 40ppm

The no-age-statement whisky, produced at Knockdhu distillery in the village of Knock in Aberdeenshire, takes its name from peat bogs surrounding the area.

Made using barley peated to 40ppm (phenol parts per million), anCnoc Peatheart is described as ‘intensely smoky’ with notes of leather, stewed apples and chocolate.

The expression is the first peated whisky from the brand to communicate the ppm of the barley used, rather than the liquid itself.

The Peaty Collection was lauded for defying industry convention by communicating the ppm of the liquid itself, rather than the barley.

As phenols are often lost during the whisky production process, it’s widely considered that the ppm of the barley is not a true reading of a whisky’s ‘peatiness’.

A spokesperson for the brand told Scotchwhisky.com the change was made to ‘fall in line’ with industry standards.

Bottled at 46% abv, anCnoc Peatheart will be available globally for around £52 for 70cl.