While its Highland home is more than 100 years old, Ancnoc only came into being in the early 1990s and is flourishing under the guidance of Inver House.

The retention of Knockdhu’s two originally-designed pot stills means Ancnoc’s signature fruity, citric and honeyed flavour is very similar in style to the whisky produced by the distillery more than 100 years ago.

Ancnoc is matured in a mixture of ex-Bourbon and Sherry casks, while the final whisky is free of chill filtration and added colour, lending weight to the malt’s light fruitiness. 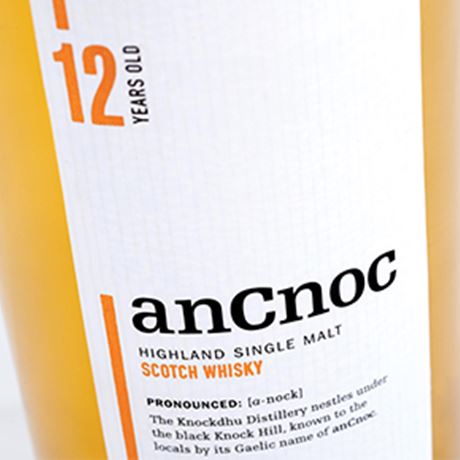 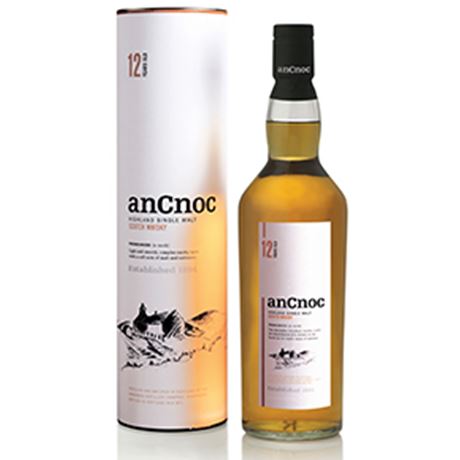 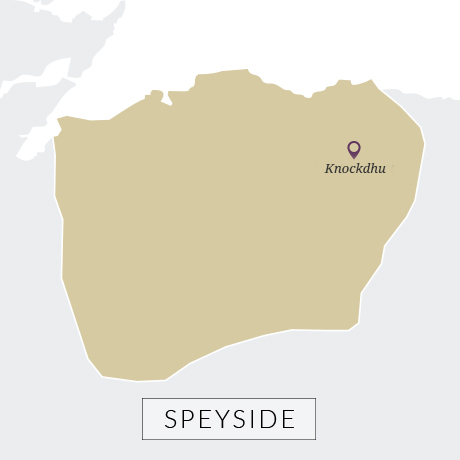 Having brought the distillery out of mothballs in the February following its purchase, Inver House set about establishing a brand for its first Scotch whisky plant. It was felt, by the owner, that the distillery name was too confusingly similar to Speyside distillery Knockando, and so Ancnoc [meaning black hill] was chosen as the brand to represent its single malt.

The first official bottling of Ancnoc was released in 1993, although the brand never really took off until 2003 when it was relaunched with a 12-year-old bottling as its flagship. In the years that followed a series of vintages and age statements were released, and by 2013 the core range consisted of the 12-year-old alongside a 16, 18, 22 and 35-year-old.

A number of expressions appeared as part of the Peter Arkle collection – a collaboration with the renowned illustrator who designed the packaging – which was launched as a limited edition range in 2012.

While Knockdhu’s malt is renowned for its light, fruity style, the distillery has been producing a small amount of peated spirit for several years, which was finally released as part of a new collection in 2014. The peaty range comprises of Rutter, Flaughter, Tushkar and Cutter, all of which are named after peat-cutting tools and have been matured in ex-Bourbon casks for between eight and 12 years. Ancnoc notes the phenol content of all four, which ranges between 11 and 20ppm, based on the new make itself rather than in the barley.