Johnnie Walker has teased the release of a new Game of Thrones themed whisky, the White Walker edition, this autumn – just as winter is coming. 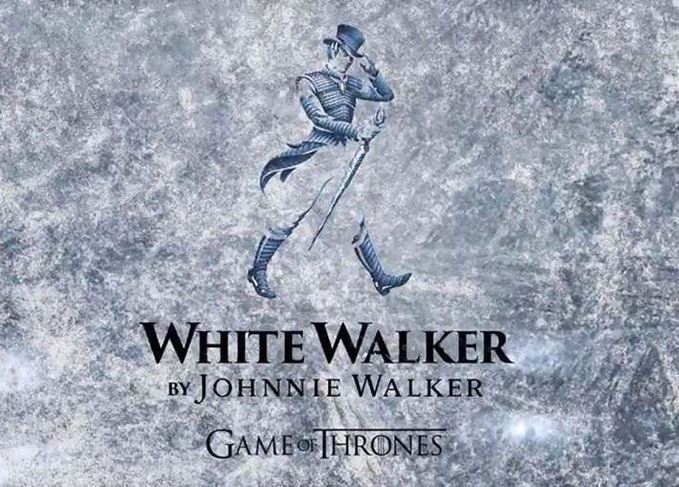 Night Scotch: there is no word yet on whether White Walker by Johnnie Walker will be a new recipe

A short teaser trailer was released on social media last week featuring a few bars of the show’s dramatic soundtrack, the simple legend ‘Scotch is coming’ and the ‘Fall 2018’ release date.

On the brand’s official Facebook page, Johnnie Walker said: ‘We’re excited to be partnering with HBO on White Walker by Johnnie Walker, which will launch this fall. Stay tuned for more details in the coming months!’

The trailer featured an updated logo for the bottle, with a sinister White Walker – one of the show’s undead villains – dressed to resemble Johnnie Walker’s iconic striding man.

No details were released on the bottle’s contents, leaving whisky fans wondering if White Walker is simply a packaging revamp in the same style as the Jane Walker edition of Johnnie Walker Black, or whether the liquid will be an all-new blend.

The autumn release comes ahead of Game of Thrones’ final season, which will air sometime in spring 2019.