Speyside distillery Benromach has added two new vintage expressions to its Heritage collection, both aged for more than 40 years. 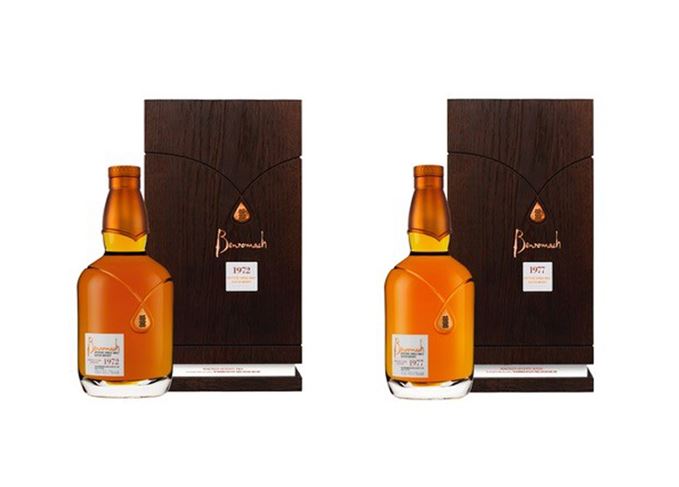 ‘Rare’ pair: Benromach’s Heritage 1972 and 1977 malts have been matured in American oak hogsheads

Benromach Heritage 1972 was matured in a single American oak hogshead cask for 46 years, before being bottled at 55.7% abv.

The whisky is described as ‘brimming with exotic fruit flavours that lead to an ashy smoke finish’.

A total of 75 decanters of the expression are available at £1,500 each.

Also matured in a single American oak hogshead, Benromach Heritage 1977 was aged for 41 years before being bottled at 49.6% abv.

The expression is said to feature ‘tantalising notes of warm apple pie and poached pear’ on the nose and ‘velvety crème brûlée’ on the palate.

Benromach has created 122 bottlings of the expression at £1,250 per decanter.

Both expression are available worldwide from today (21 February).

Benromach distillery manager Keith Cruickshank said: ‘We’re proud to build on the popularity of previous Benromach vintage releases from the 1970s with these unique single cask bottlings that represent different moments in time from the distillery’s rich history.

‘Through careful monitoring and regular sampling throughout the maturation process, these remarkable releases have been aged to more than 40 years each.

‘The release of these vintage expressions is an outstanding start to an exciting year for Benromach.’

Each expression is presented in a decanter-style bottle and enclosed in a dark oak wooden box, said to represent the washbacks at Benromach.

A copper medallion also features on the packaging to signify ‘the moment in time when the distillers cut to the sweet heart of the spirit run’.

The Heritage 1972 and 1977 expressions are the first releases of 2019 for Benromach, which released its last Heritage expression in December 2018 to mark the 20th anniversary of the distillery’s revival.

While the Forres-based distillery was originally founded in 1898, it remained closed for 15 years from 1983 before being renovated and reopened in 1998 under the ownership of Gordon & MacPhail.