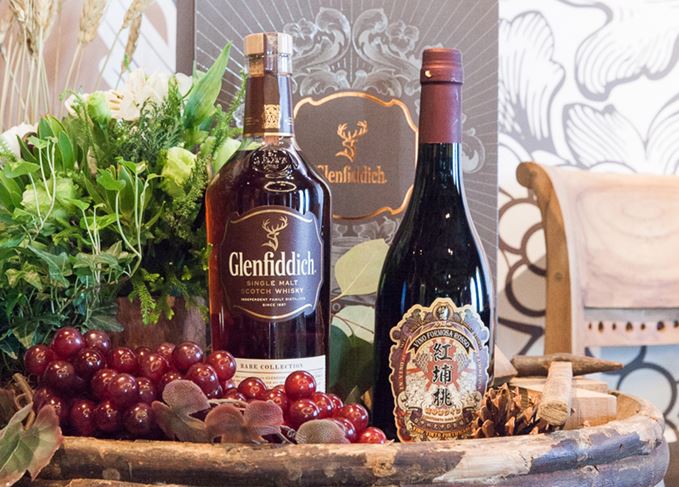 Sweet things: Glenfiddich Black Queen and Ice Breaker have both been finished in Taiwanese wine casks

The whiskies, named Black Queen and Ice Breaker, have been matured in American oak casks for 25 years before a 14-month secondary maturation in two ex-red wine casks from the Shu-Sheng Domaine winery in Taiwan.

James Chan, Glenfiddich Taiwan brand ambassador, said: ‘We took the original Glenfiddich as the core [of the whiskies] and chose a more mature year to “interact” with the wine cask – and it produced flavours that are unique and incredibly sweet.’

Although both casks were seasoned with wine made from Black Queen grapes, the wine held in the Ice Breaker cask was made with a ‘modern’ method which involves freezing the grapes after juicing by soaking them with dry ice, which is said to ‘[help] the cell walls of the fruits break, releasing a darker colour and more polyphenols.’

Glenfiddich has previously used Canadian icewine casks – comprised of grapes frozen while on the vine, rather than after juicing – in its Winter Storm expression, released in 2017 as part of the distillery’s Experimental Series.