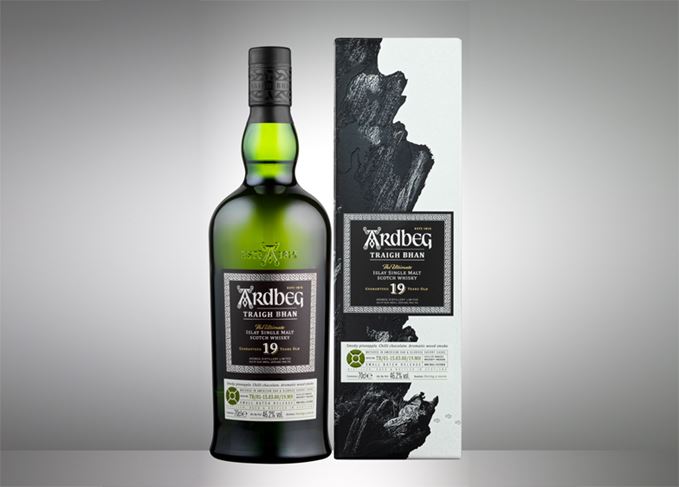 Singing Sands: Ardbeg Traigh Bhan is said to be ‘a perfect reflection’ of the Islay beach

Named after Islay’s Traigh Bhan beach, known locally as the Singing Sands, the whisky will be available in limited batches produced on an annual basis.

The whisky’s recipe is set to change with each batch, creating ‘subtle differences’ between future iterations.

Each batch of Ardbeg Traigh Bhan will feature a unique code on the carton and bottle, which drinkers can enter into the distillery’s website to find out more about the ‘story’ of the whisky.

Dr Bill Lumsden, Ardbeg’s director of distilling, whisky creation and whisky stocks, said: ‘A new, permanent aged Ardbeg is a rare occurrence, and cause for celebration.

‘We hope that, by slightly tweaking the batch recipe year-on-year, Ardbeggians can have some fun exploring the finer details of this ever-changing dram.’

Matured in American oak and ex-oloroso Sherry casks before being bottled at 46.2% abv, Ardbeg Traigh Bhan’s 2019 expression is said to have ‘intense and rugged’ notes of ‘smoked chilli chocolate and paprika’ with ‘waves of toasted oak and roasted tea leaves’ on the palate.

The first batch of Traigh Bhan will be released in September, priced at £169 and available from specialist stores worldwide.

The last permanent age-stated expression to join the distillery’s range was Ardbeg 10 Year Old, which was introduced in 2000.

Its core range currently features a series of no-age-statement single malts named after geographical features of the distillery’s island home, including Corryvreckan, Uigedail and An Oa, the latter of which was introduced in September 2017.