Islay distillery Ardbeg has unveiled Ardbeg An Oa – the first new whisky to be added to its permanent range in almost a decade. 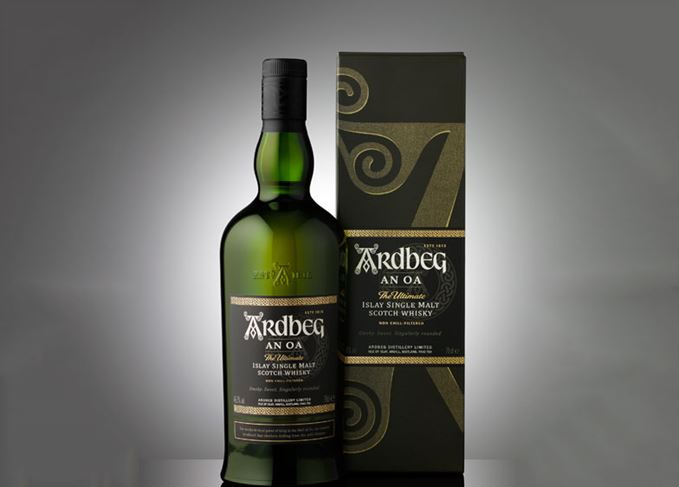 New addition: Ardbeg An Oa is the distillery’s first new permanent expression since 2009

The NAS single malt is a vatting of different cask types, married for an unspecified period in Ardbeg’s new ‘Gathering Vat’ – constructed of French oak in the distillery’s Gathering Room, a former grain store.

The expression takes its name (pronounced ‘an oh’) from Islay’s Oa peninsula, the headland south-west of Port Ellen which shelters the island’s Kildalton coast, home to Ardbeg, as well as the Lagavulin and Laphroaig distilleries.

Ardbeg owner The Glenmorangie Company said the new bottling was designed to pay homage to the Oa’s ‘untamed provenance, with contrasts of powerful intensity and sweet silkiness that celebrate the spot where storm meets calm’.

‘There is a wonderful Ardbeggian magic to The Gathering Room, where the parcels married together in this whisky merge over time to reach new levels of complexity,’ said Dr Bill Lumsden, Ardbeg’s director of distilling, whisky creation and whisky stocks.

‘It has been years since we’ve added to the core range. We hope smoky malt whisky fans everywhere will be drawn to Ardbeg An Oa.’

An Oa: The Islay peninsula sits between Islay airport on the left, and the town of Port Ellen

Non-chill-filtered and bottled at 46.6% abv, Ardbeg An Oa is priced at £49 per bottle in the UK, and will be available globally at specialist retailers from September 2017.

An Oa is the first permanent expression since Corryvreckan in 2009 to join the Ardbeg core range, which also includes Ardbeg Ten Years Old and Ardbeg Uigeadail.

The Islay distillery has a cult following all over the world, but was nearly closed down permanently during the 1980s and 1990s, before being acquired and reopened 20 years ago by Glenmorangie.