Scientists have discovered a way to help barley become more resilient against the effects of climate change. 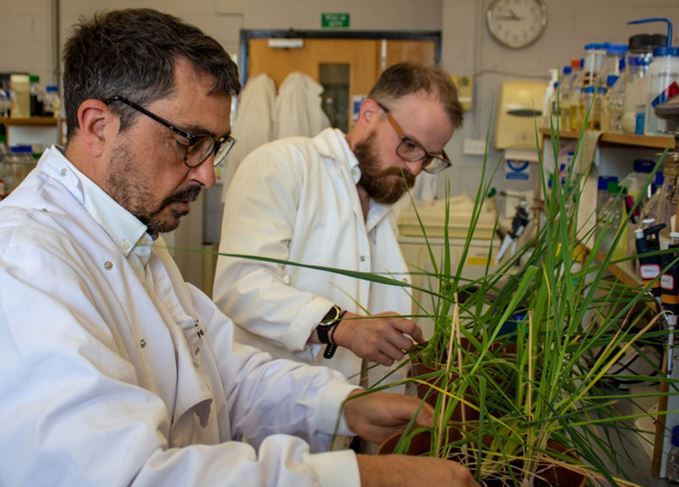 Researchers at Heriot-Watt University have identified a gene that is responsible for drought resistance in barley, helping it grow in drier conditions.

The scientists now hope the research will be used by plant breeders to create barley varieties which can withstand the future effects of climate change.

The research team, led by Dr Peter Morris from the Institute of Earth and Life Sciences at Heriot-Watt alongside Dr Charlotte Wendelboe-Nelson and Dr Ross Alexander, spent five years working on the project.

The results have now been published in the journal, Plant Physiology and Biochemistry.

‘As climate change gathers pace and we experience more extreme seasons, it is essential we can maintain continuity of supply.

‘This is significant for key industries like Scotch whisky, one of the UK’s leading export items.’

The project, which focused specifically on barley, demonstrated that the HvMYB1 gene controls stress tolerance, including drought resistance.

Morris added: ‘Barley has over 39,000 genes, almost double the number for humans, so characterising one particular gene which promotes drought resistance has been a considerable challenge.

‘Genetic variation is essential in plant breeding for resilience so we expect this research will now be used by plant breeders as a marker for drought resistance.

‘It will help focus attention on different barley varieties in which this gene is naturally expressed more prominently. This may lead to greater variation in the gene pool of crop plants and more drought resistant crops in future years.’

The research is also thought to be applicable to other cereals, including wheat, corn and rice.

The research was funded by the Scotch Whisky Association (SWA), along with Interface, which connects businesses with academics.

Dagmar Droogsma, director of industry at the SWA, said: ‘Quality barley is central to the success of the Scotch whisky industry.

‘We therefore welcome this research which helps to provide resilience against the effects of climate change and to sustain the diversity of barley varieties used for Scotch whisky.’

The Scotch whisky industry currently sources around 90% of its barley from Scotland, with the remainder coming from the UK and EU.