Traditionally, distilleries made whisky in the winter months, and not just because they were busy farming during the summer. From barley field to still house, rising temperatures can create a number of challenges, as Richard Woodard discovers. 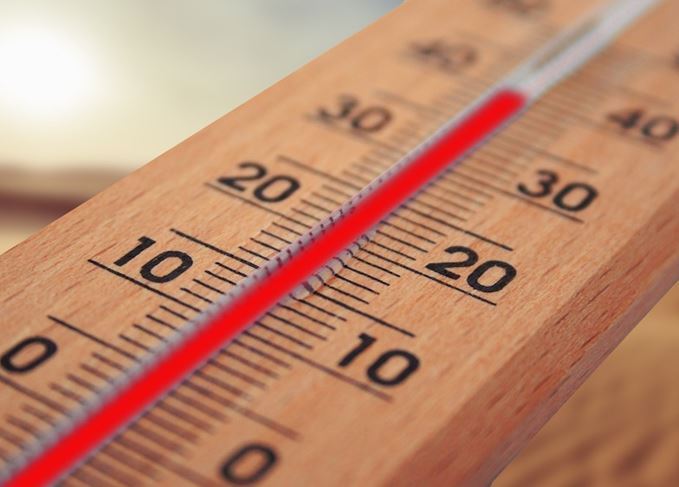 Mercury rising: Distillers face a number of challenges during periods of hot weather

Hardly a summer passes these days without some form of climatic record being broken: highest temperatures and driest periods, punctuated by violent storms and a month’s rainfall in half a day. The effects of climate change are many and varied, and the production of Scotch whisky is far from immune to the challenges they entail.

Even so, the summer of 2018 was extraordinary, leading to hysterical headlines about whisky distilleries shutting down as their water supplies dried up. It’s true that the stills were silenced at a number of well-known plants, including Glenfarclas and Blair Athol, but, beyond the hype, these are issues that distillers have wrestled with for many decades, if not centuries.

‘Traditionally, distilleries always used to shut down in the summer, because there was a lack of water, but also because they were busy farming,’ points out George Grant of Glenfarclas. ‘You hear about it now because we’re all trying to produce more than we were before.’

There are two main challenges facing distillers in the summer: finding enough water to make whisky, and dealing with rising temperatures in the production process.

You need a lot of water to make whisky: for mashing, for reducing to bottling strength, for cooling and for the creation of the steam which drives many stills. No water = no whisky.

However, most distillers are fairly sanguine about the issue of water availability – simply because shortages don’t happen that often, and don’t last for long when they do occur. But, in 2018, Glenfarclas stopped distilling for its regular summer shutdown two weeks earlier than usual, with production interrupted for 10 weeks in total.

‘We didn’t really have a winter, so there was no groundwater, and the rain didn’t really come,’ says George Grant. ‘We’re usually the first to lose water, but a lot of the other distilleries [in the area] were closed. We can always catch up in the winter by throwing in the odd extra mash.’

Islay is most readily associated with water shortages interrupting production, although it remains a relatively rare occurrence. ‘Everyone thinks Islay has plenty of water, but what people fail to realise is that we have nine distilleries in operation and a maltings on the island, so quite a lot of water is being taken by them,’ says Anthony Wills, founder and MD of Kilchoman.

‘But I think it’s only an issue if we carry on building more distilleries on Islay. Anyone recently looking to build one here has come across that issue of getting enough water.’

Kilchoman, which has recently doubled production with the addition of two more stills, is planning for the future, building its dam bigger and deeper, and drilling two boreholes to supply its cooling water.

Water availability is more of an issue on Skye, thanks to its unhelpful geology and topography. Talisker owner Diageo has spent more than £1 million in the last few years on reducing its cooling water abstraction, using sea water on a loop from Loch Harport for cooling in the still house. The company has also invested in a similar scheme at Caol Ila on Islay.

Malt whisky’s vital raw material is, like all arable crops, at the mercy of the elements. Bad harvests reduce supply and drive up prices, but they also create issues for maltsters and distillers.

‘If we get warm and wet weather at harvest time, the grain becomes weathered,’ explains Steve Rowley, operations director at Simpsons Malt. Because modern varieties are bred to break dormancy quickly, that can make barley pre-germinate in the field, leading to ‘skinning’, where the grain loses its husk before malting.

Ironically, the distiller can benefit, as the reduction in husk and increase in the amount of endosperm and starch creates more extractable and fermentable material, expanding spirit yields. However, reduced husk also means a less efficient filtering bed in the mash tun, sometimes impacting separation and creating a less clear wort.

For maltsters, ‘skinning’ means reduced yields – and that’s expensive. ‘In 2017, that reduction had a seven-figure impact on our bottom line, just through lost yield,’ says Rowley. ‘We’re still going to sell the same amount of malt, but we’re having to buy 2-3% more barley to achieve the same tonnage. That has a big impact.’

Adapt and survive: Adjustments to malting regimes are needed during hot weather

There are maltings in Africa and in Siberia; the difference lies in the engineering technology required to cope with the climate. As that climate changes, some adaptation may be necessary, but this is usually costly.

Spells of hot weather can lead to germination running out of control, and maltings in the south of England and Northern Europe are now beginning to invest in refrigeration to combat this.

But the greater impact is on kilning. ‘You ideally want cold, dry air which will dry the malt more quickly,’ explains Rowley. ‘But warmer air will carry more water. It means that kilning programmes become extended because it won’t dry as quickly.’

This can have a knock-on effect on fermentation in the distillery. ‘We’ve already seen a swing from winter to summer in terms of fermentation performance, which dips down during the summer,’ says Rowley. ‘Those swings will become bigger, with an impact on yields in distilleries.’

Distilleries with floor maltings will also be affected. ‘When it gets really warm, it can be a struggle to stop it overheating,’ says Anthony Wills. ‘Then it’s a question of changing your steeping regime – you don’t have to steep it quite so much.

‘You need to keep an eye on the ambient temperature. On the floor, you can control it by spreading it very thin indeed. It’s all a learning process.’

‘When it’s roasting hot, you can save a little bit of energy with your mashing,’ says Brendan McCarron, head of maturing whisky stocks at The Glenmorangie Company. ‘But, at the end of mashing, you want to cool down your wort. You want it warmer in the winter and cooler in the summer, because you match it up to the ambient temperature in the distillery. That will keep the fermentation at the right speed.’

Here’s the problem: in the winter, the water and the ambient temperatures are both colder, so cooling your wort is no problem; on hot summer days, you need to cool it further, but you’re trying to do so with much warmer water, so, in McCarron’s words: ‘It’s never going to happen.’

Wills adds: ‘The biggest issue we have is getting cool enough water as the ambient temperature rises in the summer, in this summer particularly. You end up using more when you haven’t got it.’

McCarron agrees. ‘You use far more water for your heat exchanger, and you get less yield for every tonne of barley,’ he says. ‘That means less alcohol, and a drop in production. You get less yield, less throughput when you have a very hot summer.’

Some distilleries have a desired character that requires a lot of copper contact and reflux, while others need less – but, in both cases, consistency is a must, and that’s hard to achieve as temperatures rise.

‘When it’s hot, it’s harder to get the liquid to condense on the copper,’ explains McCarron. ‘When it’s cold outside the still and warm inside, it’s very easy. The difference in temperature means that there’s less reflux, less copper contact.

‘You need to be careful to adjust so that you don’t end up with a sulphur note in your spirit. How you combat that is you run your stills slower and less often, but of course that has an impact on production.’

Take a break: Glenfarclas was silent for 10 weeks last summer – the hottest for 40 years

Prolonged hot weather can create a series of headaches for distillers, but there are ways of addressing them. ‘It’s often trial and error,’ says McCarron. ‘You listen to your still house, listen to the people working at the distillery. If your fermentations are coming off too soon, you need to cut back. It’s a constant balancing act.’

But sometimes you have to stop completely, as with Glenfarclas last summer. ‘We could have carried on and reduced what we were doing, but there wasn’t any point,’ says Grant. ‘Once production gets below a certain level, it’s not worth it. But then we’ve had no summer like it for 40 years.’

That said, shutting down becomes even less desirable in this era of whisky tourism; as visitors flock to distilleries in the peak summer months, nobody wants echoing, empty still houses and nothing going on.

Summing up, it’s important to keep the challenges in perspective. ‘It’s usually only two months of the year when this happens,’ points out McCarron. ‘It’s better to cut back slightly, as a protection against any change in spirit character, and last year was particularly tough.

‘But we don’t get hot summers in Scotland very often. That’s the main reason why Scotch is so famous and why Scotland is such a great place to make whisky: because it’s so cold and wet.’