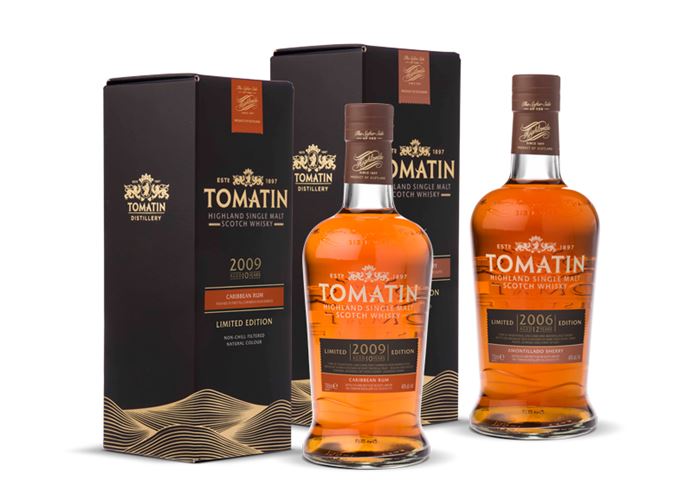 The Tomatin 2009 Caribbean Rum Finish has been matured in a combination of first-fill and refill casks for nine years, before being finished for one year in rum casks.

Bottled at 46% abv, the whisky is said to contain notes of ‘soft tropical fruit, mocha and salted caramel’ as a result of the rum cask finishing.

Also bottled at 46% abv, the whisky is said to carry rich flavours of ‘dark chocolate, dried fruits, espresso and a hint of nut’.

Graham Eunson, distillery operations director at Tomatin, said: ‘We are constantly striving to produce exceptional expressions that appeal to existing customers and a wider audience – the array of tropical notes, sweet mixed spices and rich Sherry infusions will hopefully entice a range of enthusiasts.’

Both limited editions are available worldwide from selected speciality retailers.

A previous nine-year-old Caribbean rum cask finish from the Highland distillery is said to have proved ‘hugely popular’ according to Tomatin.

The distillery also released the third expression in its Warehouse 6 Collection in March 2019, a ‘heavily Sherried’ 43-year-old single cask malt.