Despite donating more than £200,000 to charitable organisations in the last 24 months, the head of the Scotch Whisky Association (SWA) has said more needs to be done to tackle alcohol misuse in Scotland. 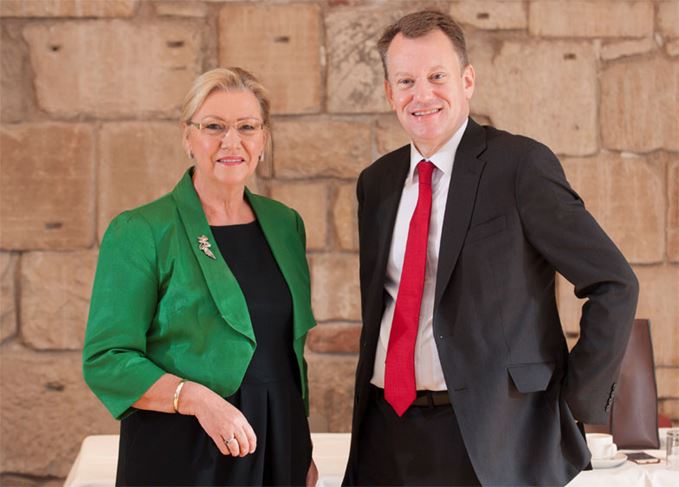 The £500,000 Scotch Whisky Action Fund, founded in December 2013 and chaired by Professor Dame Joan Stringer, aims to combat alcohol-related harm by donating £100,000 a year for five years to various organisations and charities.

Speaking at an event held in Glasgow to celebrate the fund’s achievements, David Frost, CEO of the SWA, said: ‘Alcohol misuse is a difficult issue for Scotland. It is true that the trends are improving, but more needs to be done. As a responsible industry the association and our members undertake a huge range of activity to promote responsible consumption and reduce alcohol misuse.’

In 2015 the SWA helped fund philanthropic ventures as mixed as a mobile alcohol intervention team (MAIT) in Fife to the sum of £6,981, a carer scheme in West Dunbartonshire which has been awarded £11,430 over two years for people who have suffered ‘alcohol-related challenges in the home’ and given £24,985 over one year in order to help pay the salary of a senior youth worker for Youth Alive!, a service providing alcohol-related training for youths.

According to the National Records of Scotland alcohol-related deaths have been rising slowly in the last three years, with the highest rates among those aged 45 or over.

Outside the Box — an organisation for older people who want to enjoy alcohol responsibly but are unsure about complications that could arise — has used the money granted to them by the SWA to produce literature aimed at raising awareness and confidence.

Anne Connor, CEO of Outside the Box, said that older people had found it difficult to find information about the effects of drinking in later life. The literature, which is titled Enjoying a Drink and Staying Safe as We Get Older, was released on Monday 30 November.

‘The money from the SWA has been really helpful,’ Connor said. ‘The leaflet actually had contributions from around 3-400 older people who were aged from their early 50s through to their late 80s and early 90s.’

The fund will end in 2018 but, while Frost described its work as being ‘important’, he said the SWA will continue to fight alcohol misuse.

‘It is not the only initiative we are involved in,’ Frost told Scotchwhisky.com. ‘We will continue to work with others in the industry and the government to do all we can to combat misuse – this takes time and requires education and a change in culture.’

Applications for next year’s funding will open in January 2016.