Men and women are being advised to drink no more than 14 units of alcohol a week – the equivalent of 14 25ml drams of Scotch whisky – in order to reduce risks to their health, including cancer and heart disease. 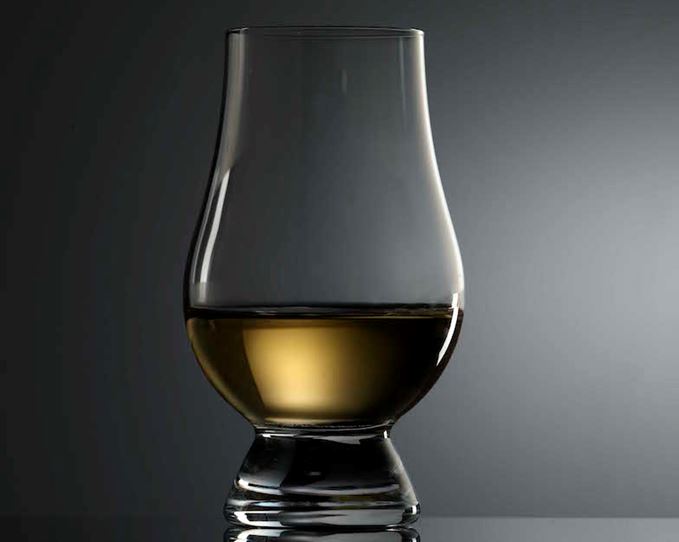 A toast to your health: reducing weekly alcohol intake and avoiding 'binge' drinking could lengthen lives, the new guidelines claim.

The new advice comes from the British Department of Health in what is the first shake-up of the UK alcohol guidelines in more than 20 years.

Previously, the guidelines recommended men drink no more than 21 units per week, while women were already encouraged to consume less than 14 a week.

However the UK Chief Medical Officer is now encouraging drinkers to allow for several alcohol-free days per week and spread their consumption evenly over three or more days.

It goes on to warn that just one or two heavy ‘binge’ drinking sessions could result in long-term illnesses and even death.

For the first time, the guidelines include official advice on how to indulge in a ‘single episode’ of drinking.

To keep short-term health risks low, drinkers are advised to ‘limit the total amount of alcohol drunk on any one occasion’ and ‘drink more slowly, with food and alternate with water’.

The new guidelines published today (8 January), also debunk the notion that drinking alcohol can be good for the heart. Experts found that the only UK group with the potential to benefit from drinking alcohol is women aged over 55, and even then only at a rate of five units per week.

Pregnant women are now also advised to avoid alcohol altogether – an update on the previous guide that suggested the consumption of up to two units of alcohol each week was safe.

Dame Sally Davies, Chief Medical Officer for England, said: ‘Drinking any level of alcohol regularly carries a health risk for anyone, but if men and women limit their intake to no more than 14 units a week it keeps the risk of illness like cancer and liver disease low.

‘What we are aiming to do with these guidelines is give the public the latest and most up to date scientific information so that they can make informed decisions about their own drinking and the level of risk they are prepared to take.’

The guidance has been developed based on research evidence from around the world.

A public consultation on the proposed new guidelines will be conducted until 1 April 2016.

The UK is now one of only six countries that recommend the same alcohol intake for both men and women, joining Australia, Netherlands, Albania, Guyana and Grenada.

Henry Ashworth, Chief Executive, Portman Group, said: ‘What is surprising is that the UK is breaking with established international precedent by recommending the same guidelines for men and women. It also means that UK men are now being advised to drink significantly less than their European counterparts.’

The UK has one of the lowest alcohol guidance limits in the European Union, ranking alongside Netherlands, Poland and Bulgaria, Croatia, Finland, Slovenia, Czech Republic, Denmark and Germany. However, in the majority of those countries men are advised they can drink twice as much as their female counterparts.

Earlier this week the US Department of Agriculture (USDA) and Health and Human Services (HHS) underlined its own alcohol consumption recommendations as part of the 2015-2020 Dietary Guidelines. Men are advised to stick to less than two alcoholic beverages per day, while women should consume less than one.