Can Scotch embrace the low-abv trend?

As more of us look to maintain healthier lifestyles, the world of low- and no-alcohol drinks continues to innovate. But, finds Lucy Britner, Scotch whisky is yet to find its place in this new landscape. 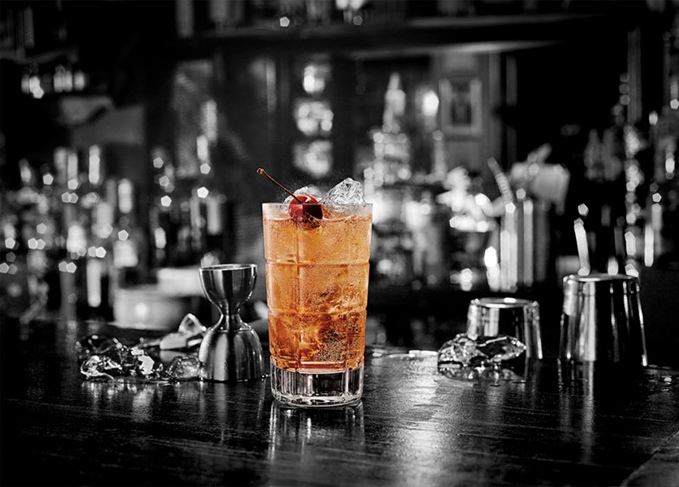 Change is in the air. This year, around four million Brits took part in Dry January (according to a YouGov survey). Our new-found interest in health and wellness means that, as a nation, more of us are teetotal, while those who drink do so less frequently (according to ONS).

These changes have given rise to alcohol-free releases from just about every major beer brand. In spirits, the march on no-abv has centred around botanicals, as products such as Seedlip and Ceder’s straddle both gin’s success and our desire to ‘cut down’ or ‘cut out’.

Over in the lower-alcohol arena, aperitifs and liqueurs are enjoying their moment in the sun, while half-strength beers and cool-climate wines have filled a few more spaces in the modern drinker’s repertoire.

Until recently, however, there has been little in the way of low- and no-alcohol innovation coming from the Scotch whisky industry. With its tight regulations and passionate fan base, the category appears to be having a hard time finding its place in this brave new world.

David Borthwick, sales director at Glen Turner Co., owner of Cutty Sark and Glen Moray, says Scotch’s category rules mean making moves in the low-/no-abv space has been ‘in many ways impossible’; though he also says the same regulations have helped to ensure Scotch’s success.

The whisky world took note in May as Whyte & Mackay was among the first to stick its head above the parapet with the release of Whyte & Mackay Light, a 21.5% abv spirit drink. The company’s head of innovation, Rod Gillies, said at the time of the release that the product uses ‘the strength of one of our existing brands to deliver an attractive option for the growing number of consumers who may be looking to keep an eye on their alcohol intake’.

At £12 a bottle, the proposition isn’t much cheaper than its full-strength counterpart. Then again, considering some alcohol-free ‘spirits’ retail for close to £30 a bottle, perhaps price is a moot point.

At Glen Turner Co., Borthwick views Whyte & Mackay Light as an ‘interesting development’ for the Scotch whisky industry, adding that ‘areas that were previously seen as off-limits are now options’.

Among those options will be alcohol-free, Scotch whisky-style ‘spirits’, which are very slowly starting to appear. This July, Australian non-alcoholic spirits firm Lyre’s launched in the UK, bringing with it both an American malt and a Highland malt.

The company describes the drinks as ‘an alcohol-free homage’ to their well-known counterparts. Founder & CEO Mark Livings says that whisky is ‘the most polarising drink to turn no-abv’. He says the category attracts ‘fanatical fans who see it as sacrilege’.

Livings describes the creation of Highland malt simply as an opportunity to fulfil a drinking occasion. ‘Bars need to offer products that are relevant,’ he says, highlighting the fact that wider trends around health and wellness mean people ‘drop in and out’ of alcohol consumption.

He says the rise of fitness programmes such as CrossFit and F45 mean people stop drinking for months at a time, but then return to their normal levels of consumption. This creates space not only for premium whisky to take up the ‘less but better’ challenge, but also for alcohol-free alternatives.

In fact, drinkers and bartenders alike are ‘screaming out’ for no-abv dark spirits, according to Craig Hutchison, the founder of non-alcoholic spirit Ceder’s. He says creating such a thing is a ‘more difficult product and proposition’ than creating the gin-like no-abv spirits for which Ceder's is known, because ‘distilled dark spirits are known to be more statement- or status-type brands, with not as much focus on natural botanicals, from which no-alcohol spirits are made’.

Hutchison reveals that, as a separate project to Ceder’s, he and his team are working on a dark no-alcohol ‘spirit’ offer. ‘The dark spirit will take a similar approach to Ceder’s,’ he says, ‘highlighting the craft of the blenders and the production team.’ The new product is expected to be released in the coming months.

‘The mindset of the drinker has changed, and to have a sophisticated drink doesn’t mean it has to contain alcohol,’ Hutchison says. ‘It’s about the ritual, the serve, the taste and the adult price-point.’

Speaking of serves, Scotch will likely find more immediate lower-alcohol appeal in mixed drinks, where a little can go a long way.

‘Whisky has such a unique trait in that it possesses real power of flavour; therefore it naturally lends itself to the opportunity to be used in a more sparing fashion, without taking anything away from the drinking experience as a whole,’ says Will Meredith, head bartender of London bar Lyaness.

‘As a result of this, it can be incredibly malleable when used to make drinks. There is also such a diversity in Scotch whisky as a category, so those using it to make drinks can really push the boat out in regard to styles and profiles of drinks.’

‘Bars have been conditioned to upsell – that needs to change,’ he says, pointing out the oft-used ‘make it a double’ suggestion.

L’Anson is also keen to highlight the modest alcoholic strength of whisky’s favourite long serve, the Highball. If the drink features a single serve of whisky (25ml) and around 150ml of soda, for example, the Highball is 5% abv, he says, a similar strength to beer.

Diluted serve: Some whisky cocktails, such as the Highball, offer a low-abv alternative

In fact, Pernod Ricard does own Scotch-based lower-abv whiskies in South Korea, under the Imperial brand (as does Johnnie Walker owner Diageo, under the Windsor brand). The Imperial expressions, which are around 31-35% abv, take advantage of the trend in South Korea for less spirituous sips – a trend that has been progressing since around 2015.

However, when it comes to launching something in the UK, Pernod’s l’Anson would not speculate.

At Cutty Sark’s Glen Turner Co., Borthwick says his company is not working on any Scotch whisky-style products in the low-abv arena at this point, though it is ‘mindful’ of the trend. After all, parent company La Martiniquaise-Bardinet has the know-how. The company recently introduced a 25% abv brandy, called Bardinet Light, to Asia.

Overall, there appears to be a feeling in the industry of ‘wait and see’; indeed, several companies either declined or failed to respond to requests for comment for this article. While the likes of Lyre’s make early inroads in alcohol-free ‘Scotch’, for now, we drinkers can expect lower-abv innovations simply to come from longer mixed drinks.