Are whisky investors deluded souls who have missed the whole point of Scotch (ie drinking it) – or are they simply participants in a market whose dynamics remain ‘robust and positive’? You be the judge. Tom Bruce-Gardyne referees the contest. 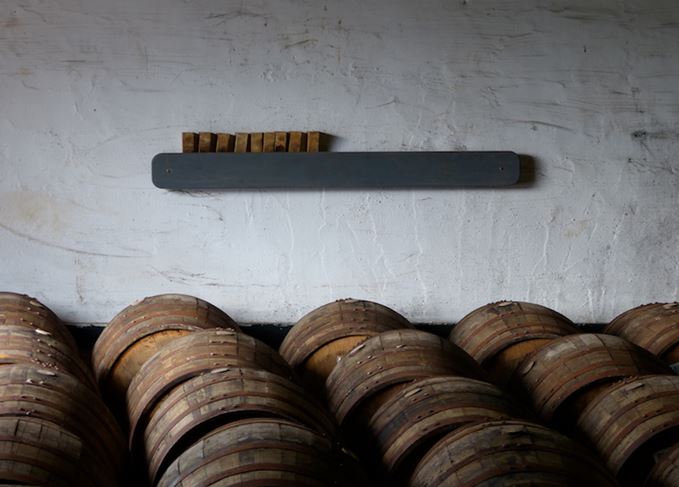 Investible asset: but should we focus more on Scotch whisky's primary purpose – to be consumed?

‘If you love whisky, set it free,’ was Ian Buxton’s earnest plea in an opinion piece he wrote for Whisky Advocate in late 2011. ‘Mark my words, this “investment” bubble will end badly and people – and whisky – are going to get hurt.’

Five years on, that day may be drawing closer with ‘investment-grade whisky’ set to follow its fine wine equivalent. It was in early 2011 that boom turned to bust for the First Growths of Bordeaux, though some still talk of that as a ‘market correction’.

But Andy Simpson is having none of it, and believes all the signs ‘remain robust and positive’ for ‘the right bottles’ of rare whisky, given shrinking supply and growing demand.

As he says: ‘If a bottle of Macallan Private Eye ever sells for its original retail price of £35, then I fear we’ll have a lot more in the broader economy to worry about than some bottles of drink!’ And if India’s wealthiest consumers ever embrace rare whisky he insists: ‘All bets are off!’

So here’s the big question: Is investment in rare whisky a bubble waiting to burst?

‘I don’t know whether it’s a bubble, but I sincerely hope it is. It strikes me that whisky investment is the worm in the apple, and something I find deeply depressing.

‘People who invest in whisky, and at the same time tell me they love whisky, are deeply deluded about their motivation at a conscious or subconscious level.

‘Deluded because, if you love it and care for it, you understand that it only has meaning at the point of its own destruction. Whisky has no meaning until you drink it, and that’s an important philosophical point.

‘If you never intend to drink it, and instead put it on a shelf or in a vault, and measure your spreadsheets every quarter and study your annualised returns, then you have completely missed the point of whisky and the reason it was put on this Earth.

‘If you want to invest in whisky, buy shares in Diageo, or go onto the crowd-funding sites and support one of the new distilleries that are opening up in someone’s garage. But a bottle of whisky was made to drink, that’s why it was put on this Earth. Its value is in the pleasure it gives.

‘Of course the industry is complicit because brand owners love the fancy prices of their oldest, most lavishly packaged whiskies. If they can sell a bottle of 50-year-old for £10,000, £50,000, £100,000, the marketing theory says that image cascades down and supports the brand.

‘I find that sad and rather offensive. These whiskies weren’t originally made to use as an investment – that only started when the sharks and speculators piled in.

‘And, if the value is within the whisky, I challenge the investment and marketing community to sell it in a simple bottle, as they do with investment-grade wine, and not in something hand-blown in a wonderfully crafted oak case.

‘One day, I hope soon, whisky buyers will realise the packaging and associated PR flimflam make up a massive percentage of the money they pay. Is that an investment? I don’t think so.’

‘Firstly, we’re going to put aside the overused nonsense that whisky’s a drink – it’s there to be drunk… we all get that. Secondly, the word bubble is overused and over-dramatises an investment in rare whisky.

‘Bubbles burst instantly and leave nothing but an empty void. However, if a bottle of Macallan Private Eye ever sells for its original retail price of £35, then I fear we’ll have a lot more in the broader economy to worry about than some bottles of drink!

‘Unless you do what we term a “double-d” (drop it or drink it), you’re going to have some intrinsic value in your physical asset. Companies can go pop and leave nothing (remember the .com boom-bust, anyone?), but the likelihood of a bottle of rare Scotch doing that is slim.

‘The more realistic question is: could values for rare whisky experience a significant and sustained re-trace? The answer has to be: yes, of course they could.

‘Look at Karuizawa values through 2015: rising 75% in the first nine months, then tumbling 6% through the last three months and continuing to fall through early 2016. That particular part of the market became way too overheated way too fast; a natural correction was almost inevitable.

‘But when we look at the current market dynamics in the short and medium term, for the right bottles, all signs remain robust and positive. The simple rarity of some of the most sought-after bottles is pushing prices higher.

‘We’re talking Black Bowmore here, not your Ardbeg Auriverdes (although even these vast “limited” releases are starting to see some upside).

‘The quality of the liquid from some of the older discontinued releases is also driving values – older vintages of Macallan 18-year-olds are stellar drinks, so there’s no real surprise we see values increasing… what is one person’s investment or collection today is very possibly another’s drink tomorrow: And people are opening these rarities for consumption.

‘So, in the current market, for the right bottles we have a perfect storm: diminishing supply, increasing demand… and this is really before certain key markets in Asia get going, and while India is a virtual non-market.

‘If Asia’s tastes turn more to rare Scotch and India ever agrees to end its punitive import duties, then all bets are off! Make sure you have stocks of cherished bottles now, because there’s no way you’ll afford them if these two market behemoths come to the table.’

Scotch whisky seems made for the alternative investment club known as SWAG (silver, wine, art and gold). It has the right initials and the crucial rarity factor among the ‘right bottles’.

If supply really is shrinking because such bottles are being drunk, as Andy Simpson claims, whisky investors have little to fear. But at a certain point even the wealthiest drinkers will be priced out by the ‘sharks and speculators’, at which point brace yourself for a loud pop or ‘sustained re-trace’.

And yet maybe Ian Buxton is morally right in claiming that those few billion yeast cells died with one wish – that we should simply drink the stuff and never speculate on it.