Can malts ever be more valuable than blends?

There’s no denying the fact that, year by year, single malts are eroding the market share of blends. But will they ever overtake them, in value terms at least? Tom Bruce-Gardyne goes in search of answers. 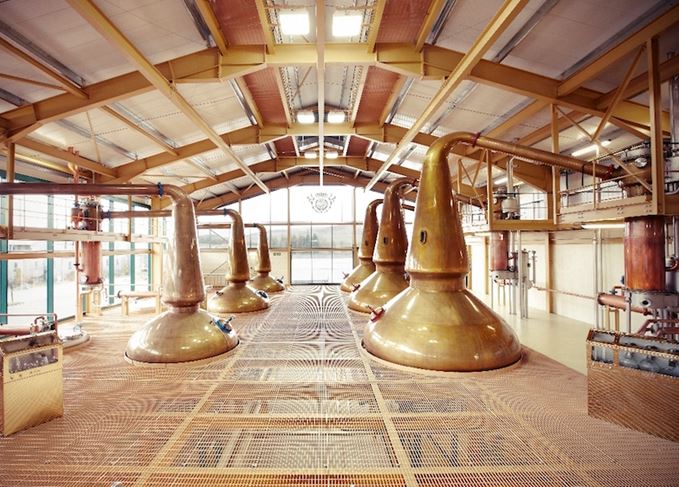 Unstoppable momentum?: Malts such as The Glenlivet are building sales all the time

Once upon a time, there was nothing but pot still malt whisky. According to romantic legend, the still was almost invariably illicit, tucked away in a glen and tended by a couthy wee Highlander from central casting.

Then came the Industrial Revolution and grain whisky from a continuous still, ushering in the complete dominance of blended Scotch until Glenfiddich helped reinvent the malt category in the 1960s.

In turn, this provoked a deluge of whisky books and articles almost entirely about single malts. The authors often suffered from acute ‘blend-phobic snobbery’ – to borrow a nice phrase from Jonny McCormick (see below), while the trade would wearily point out that malts made up just 10% of sales.

And yet tastes are changing, particularly in mature markets like the US. Single malts are growing strongly, while many blends are suffering. Bottle for bottle, malts are worth far more, and their share of exports by value has trebled in the last 30 years to 24%.

Extrapolate that trend forwards and who knows where it might end? Or, to put that question another way, could malts ever become more valuable than blends?

‘The foundation of the modern Scotch whisky industry is built upon large companies dedicated to making the finest blended whiskies, despite all the exciting launches of new single malt ranges and a distillery building boom. In some export markets, the single malt sector is in its infancy and will remain dwarfed by the internationally recognised brand names that will dominate Scotch whisky for the foreseeable future.

‘Advertising budgets dedicated to promoting blended Scotch whisky eclipse anything backing a single distillery’s output, making it an uphill battle for the value of single malts to overtake blends.

‘Economic factors that influence currency and export conditions will broadly affect single malt Scotch whiskies and blended Scotch whiskies similarly. Yet selling single malts can be much more profitable than blends, and the value of the single malt market continues to close the gap on blends.

‘Undeniably, the cost of buying single malt Scotch has increased at all levels from the supermarket to the specialist retailer, but one of the consequences of this has been the development of a multi-million pound secondary auction market.

‘Many whisky enthusiasts feel priced out of the market and now look to whisky auctions to acquire interesting whiskies unavailable at retail. Here, they can enjoy the thrill of the chase and secure winning bids considerably below the price of some of the latest releases.

‘Finally, there are still some drinkers haughtily clinging to the notion that they should be exclusively consuming single malts. Such self-imposed, blend-phobic snobbery is robbing people of the pleasures of exploring the whole spectrum of Scotch whisky.

‘Next time you encounter someone espousing such blend abstention, please will you pour them an educational measure of your choice?’

‘Volume is vanity, profit is sanity and as such the canny distillers of Scotland are likely to ensure that malts will, over time, overtake blends as the driver for commercial success. However, it is really the consumer, those around the world that crave provenance, single source, innovation, craft (yes, I know it is an over-used word) and diversity that will truly champion this change.

‘These passionate fans love the category, cherish flavour and quality, and, in most cases, reject the big, bland blends in favour of the magic of single malt. This liquid sunshine inspires and delights in a way that “over-marketed” blends never can.

‘Of course we know that even the largest malts are a fraction of the size of the monolithic blends. But change is sweeping the world. Even the likes of Diageo, who for many years paid modest lip-service to the malts opportunity, have now stated their ambition to drive change and support their malts businesses with real investment.

‘Turning to another (adjacent) category, we have seen the dynamic impact of craft beers versus what the big commercial operators call beer. Ultimately, the consumer decides. Walk into any bar or store today and the range of craft beers is mind-boggling. This, driven by consumers and exploited, in a positive way, by the smaller brewers, will be the model for what will happen in malt.

‘No truly big malt brand dominates, and even today’s market leaders of The Glenlivet, Glenfiddich and Macallan are small businesses in the grand scheme of things. This leaves room for others to explore and develop their own offerings in the sector.

‘Globally, we see change happening. The big blend markets, of which there are many, are now suffering strong headwinds – be it the luxury crackdown in China or the drive for premium value in global travel retail. Operators will sell what sells and give consumers what they want. Malts will gain shelf space and blends will lose.

‘A key indicator for Rare Whisky 101 is the rare whisky auction market, where tremendous growth in volume and value has been experienced, and where connoisseurs, collectors and investors go to source the best of the best. Growth in 2015 was over 25% to £9.56m!

‘Finally, the most important market for Scotch, the US, has recently reported that malts account for some 45% of Scotch whiskies by value: proof, if yet more proof were needed, of the change now happening.’

The definitive answer to the question? Nobody really knows and few of us will be around to find out. The pace of change in this trend of malts versus blends is nothing if not gradual.

Ultimately, it is for the distillers to decide on the destiny of their new-make spirit as it matures in cask. It would take a brave man at Diageo to deny fillings for a certain well-known blend.

Somehow, even if we went back in time to those misty lochs and illicit stills, the looming presence of Johnnie Walker would still be with us.