Later this month, UK voters will have their say on the country’s future membership of the European Union. As the polls narrow in advance of the big day, would a Brexit vote damage Scotch whisky – or give it a boost? Tom Bruce-Gardyne reports. 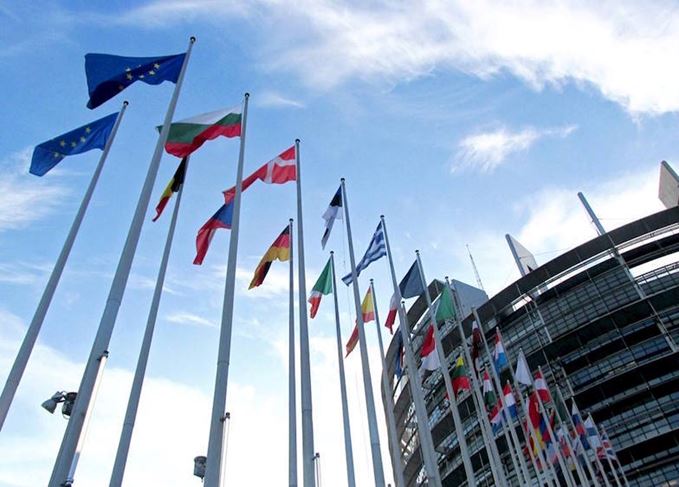 Blue sky thinking: Does anyone really know what would happen if the UK left the EU?

‘This indecision’s buggin’ me,’ sang The Clash in their pre-Brexit hit Should I Stay or Should I Go? Whether whisky or fears about Europe influenced the lyrics, the decision is coming soon and it’s bound to have an impact on Scotch.

As head of the Scotch Whisky Association (SWA), David Frost knows Brussels intimately, having previously been director for Europe, trade and international affairs at the Department of Business, Innovation & Skills. He predicts an uncertain and burdensome future for Scotch whisky if we vote to leave.

But wily pundit and former Scottish politician Brian Monteith believes it’s all just scaremongering, and that the real burden is the EU itself. Citing the failure of Eurocrats to reduce India’s crippling import tariffs on Scotch, he insists the UK could thrash out a better deal on its own.

Here in the land of Scotch, the more the debate descends into a ‘blue-on-blue’ shouting match at Westminster, the further away it feels. But lurking in the background is Alex Salmond promising he’ll be revving up his ‘neverendum’ on independence within two years if Brexit wins.

So the big question is: Would a Brexit vote benefit the Scotch whisky industry?

NO: DAVID FROST, CHIEF EXECUTIVE OF THE SCOTCH WHISKY ASSOCIATION

‘As an industry we live on our exports. Scotch whisky is the biggest single contributor to Britain’s trade balance in goods. Ninety percent of our production – £4bn a year – is exported. About a third of that goes to the EU. The single set of rules in the single market makes it easier for us to operate across all of Europe.

‘Outside Europe, when we export, we face all kinds of barriers: high tariffs, like the 150% tariff in India; discriminatory taxes; burdensome licensing; or complex labelling rules. The EU helps us secure fairer access to those markets. For example, the free trade deals with Korea and Vietnam will cut the tariff on Scotch to zero.

‘The EU also helps us protect the term “Scotch whisky”. European rules make it illegal to misuse the term within the EU, and help us chase down those unfairly taking advantage of our reputation by embedding it in free trade deals.

‘Of course, many point out – rightly – that we would still trade with the EU without being a member of it. And it is true that Scotch whisky’s existence does not depend on the EU – but, without it, life would be much more complex, burdensome and uncertain.

‘Exports to the EU would face additional paperwork and other border formalities. We would find it much harder to influence EU rules that affected the Scotch whisky industry. And Scotch whisky would no longer be covered by European free trade deals, so tariffs could go up.

‘In short, we have nothing to gain, and a lot to lose, from Britain having the status of Norway, Switzerland or Canada, the models pushed by the proponents of Brexit, still less from relying on WTO rules only.

‘For all the EU’s frustrations, it makes production easier, paperwork simpler and competition stronger – and hence prices cheaper. Let’s not turn our back on the world's greatest free trade area, on our own doorstep: instead, let’s make it work.’

‘I walked into the supermarket and over to the serried ranks of spirits on the shelves. The range of whiskies whispering: “Please buy me, please buy me!” was immense. This is France, where I live most of the time when I’m not working in Edinburgh, London, Gaberone or Port-of-Spain. France loves Scotch whisky, and Scotch whisky distillers love France.

‘Most British people are probably unaware just how popular Scotch whisky is in France. That more is drunk in one month than Cognac in a year would surprise them. Scotch whisky is available in all types, from bargain blends to exclusive malts. French people always want to talk to me about it when we are having drinks.

‘This tells me something. It convinces me that, when the UK leaves the EU – and it is really a question of when, not if – there will be no trade war. Any French politician slapping a tariff on Scotch whisky in a trade war with the UK will feel the heat of public outrage. And in France that can be very hot.

‘Trade will trump politics and the huge business interests will prevail, telling the politicians that, while they sort out the detail in the two years the Lisbon Treaty provides for a member country leaving the club, it must be business as usual.

‘When the dust settles, we can expect the access to the illusory single market to continue in much the same way as before. It’s not as if I can’t buy non-EU Jack Daniel’s, saki or spirits from Brazil and the Caribbean in my local Super-U at prices that are cheaper than in the UK. So let’s put to bed the scaremongering. More important are the opportunities for Scotch whisky after we leave the EU.

‘India has a tariff of 150% on Scotch whisky. Forget any talk of an EU-India trade deal. It’s dead in the water. Just ask those MEPs monitoring it like I have. It isn’t going anywhere. Once free of the EU, the UK can very quickly negotiate its own trade deals, slashing those tariffs in those emerging markets – and some of them like India are truly huge.

‘Just consider how tiny Switzerland or even Chile have more free trade deals than the EU and you can see we can do better. The potential to grow our business is massive and it is the EU that is holding Scotch whisky back.’

Of course the truth is that nobody really knows what will happen, and that’s what makes it all so exciting, or scary, or both. Yet, amazingly, there are still some people who have yet to catch referendum fever, despite the wall-to-wall coverage in the media and the ever-more hysterical claims and counter-claims made by both sides.

With the prospect of referendums to come, certainly in Scotland, 23 June could be just the start… Or maybe not, with both camps predicting Armageddon if they lose. It’s enough to drive anyone to drink.