As the UK prepares to vote on future membership of the European Union, the battle lines have been drawn. An industry of global stature, does Scotch whisky reap the rewards of EU membership – or is it shackled by it? Richard Woodard investigates. 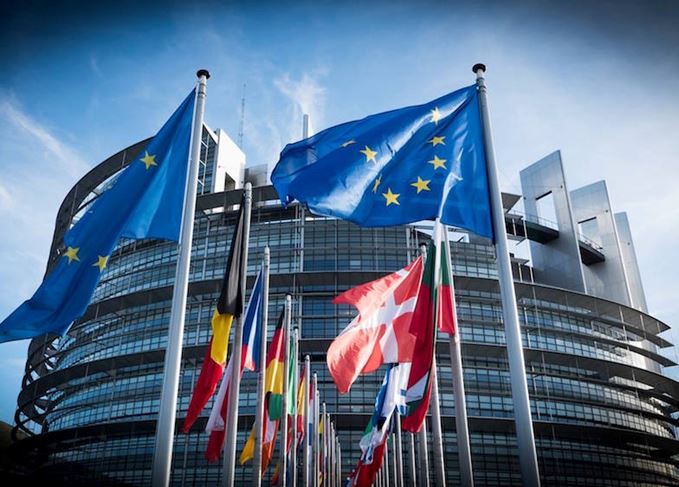 In or out?: In less than a month, UK voters will decide on the country's EU future

Scotch whisky exports about 90% of what it produces; of that figure, roughly one-third is shipped to EU nations, with France, Spain and Germany huge markets within the industry’s top 10 international destinations. Surely staying in the EU is a no-brainer for Scotch? The truth is a little more nuanced.

Let’s be clear: Scotch is broadly pro-EU membership. The Scotch Whisky Association and its two most prominent stakeholders – Diageo and Pernod Ricard – have publicly stated their opposition to any thoughts of Brexit.

‘SWA members are clear just how important it is for the UK to remain part of the European Union,’ says SWA public affairs director David Williamson, reiterating some of the arguments put by the organisation to a Treasury Select Committee Inquiry into the economic and financial costs and benefits of EU membership in October last year.

‘The EU’s single market, including its regulation of food and drink, and its single trade policy, are central to Scotch whisky’s success. The single market lets us trade across the EU simply and easily.

‘The EU’s weight and expertise in international trade helps give us fair access to overseas markets through the agreements it is able to negotiate with third countries.

‘And of course the protection of the Scotch whisky geographical indication is rooted in European law. In all these areas, British influence can shape the rules in a way that supports industry jobs and growth.’

But, according to the Vote Leave campaign, these arguments are based on a fundamental misunderstanding of the reasons for Scotch whisky’s long-term export success. ‘Pro-EU campaigners are unable to comprehend that our leading exports and industries have prospered because of hard work at home, not because of EU membership,’ says Robert Oxley, a spokesman for Vote Leave.

‘In fact, we cannot even harness the biggest growth export markets for Scotch whisky because we’ve handed control over our trade deals to the EU, which is terrible at negotiating them.’

Vote Leave blames EU membership for the failure to strike a trade deal with India, a market of huge potential for Scotch, but one where tariffs currently sit at a crippling 150%.

It points out that, for all the success of Scotch whisky, the UK imports more beverages from the EU than it sells to its member states, meaning that EU nations ‘are sure to want to negotiate a new deal to preserve access to the world’s fifth largest market’.

Finally, it accuses the SWA of using the European Court to frustrate public health policies, highlighting the court’s ruling in December last year that the Scottish Government’s policy of minimum alcohol pricing was against EU law unless raising excise duties could not have the same effect.

So far, so predictable, perhaps. Battle lines drawn; positions entrenched. But Vote Leave has also got its hands on a leaked email from SWA chief executive David Frost, in which he dismisses Prime Minister David Cameron’s much-vaunted EU renegotiation as ‘a massive missed opportunity’ and criticises the way in which the government went about the talks.

‘It is telling that, in private, even the Prime Minister’s backers recognise how weak his arguments for remain are, and how little the renegotiation has achieved,’ says Oxley.

To place the email in context, it was sent from Frost’s private account to fellow members of the advisory council of the Open Europe think tank (which has pledged to remain neutral during the EU referendum campaign), and not in his capacity as SWA chief executive; nonetheless, his comments hint at broader concerns about the EU.

Go back to that SWA submission to the Treasury Committee and you’ll see that the broad enthusiasm for retaining EU membership is tempered by a recognition that things could be better.

Single market arrangements in the spirits drinks area are ‘far from perfect’, labelling rules could be improved, excise duty structures are – paraphrasing freely – a mess.

Turning to external trade, the SWA has more to say. ‘We certainly believe there could be further improvements to the EU’s approach to external trade and FTAs [Free Trade Agreements],’ the submission says.

‘The Commission’s priority in recent years has been on developed markets. There is a strong case to re-focus the FTA effort on emerging markets, such as India and [Latin American trading bloc] Mercosur, where the biggest commercial gains are likely for the Scotch whisky industry.’

None of this changes the basic industry and, therefore, SWA position, which remains emphatically in favour of continued UK membership of the European Union. Yes, the EU could do better, the SWA argues, but it’s more likely to make the necessary changes that would benefit a global industry like Scotch if the UK fights for change from within, rather than leaving the room altogether.

‘The existence of the [Scotch whisky] industry does not depend on the EU,’ David Frost told the Crichton Conversations event in Dumfries last October.

‘It depends on our ability to make a great product, at acceptable cost, and to beat the competition. Over the last 100 years we have always done that, and I am confident we will carry on doing so in the future.’

Those remarks were seized upon with some glee by Vote Leave, which claimed it was therefore ‘absurd’ for Frost to claim later that the single market was ‘central to the success of Scotch’. However, for a more complete understanding of the SWA attitude to Europe, you need to keep reading.

Frost continues: ‘But our life is made a lot easier by the existence of the EU. For all its frustrations, the EU allows us to develop, gradually, a single business model for the whole of the European continent. That makes production cheaper, paperwork simpler and competition stronger and hence better for the consumer.

‘The EU may punch under its weight globally. But that weight is still very strong, and it is able to secure trade agreements that really make a difference with other global powers.

‘These help us get Scotch whisky into new markets and to knock down discriminatory barriers when we are in them. Emerging markets is where future growth will come from and, therefore, trade agreements with these countries will be vital to our future success.’