Is cannabis whisky on the way?

On 17 October 2018, Canada will become the first G7 country to legalise recreational cannabis, joining nine US States, Washington DC, plus Portugal and Uruguay, where it has been decriminalised. By 2020, cannabis drinks are expected to launch in Canada – and that, says Tom Bruce-Gardyne, could have some interesting repercussions. 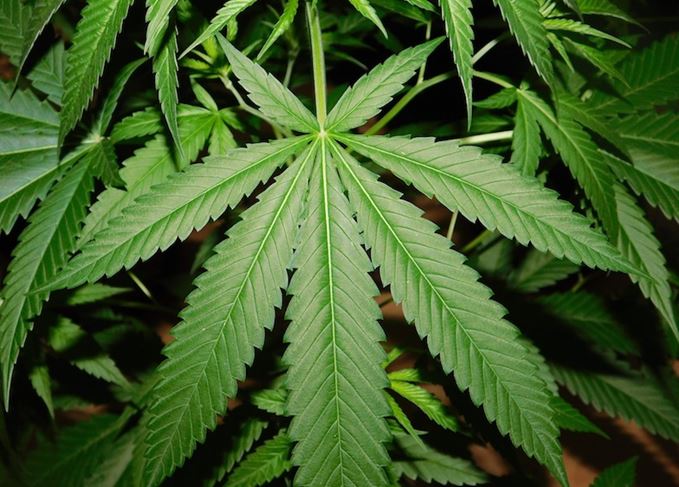 ‘About once a month, a suspicious character, looking nervous, comes into our distillery with his hand under his coat,’ writes Darek Bell in his book, Alt Whiskeys. ‘We always think we are about to get robbed. Instead of a gun, he pulls out a mason jar of cannabis moonshine.’

As owner and co-founder of the Corsair distillery in Nashville, Tennessee, Bell has ‘distilled every grain possible, from blue corn to black rice and popcorn’, reckons Bill Owens, president of the American Distilling Institute. ‘And has then,’ he adds, ‘jumped over to distil all the beers he could get his hands on.’

Many of the recipes are featured in the book, though none would cut the mustard with the Scotch Whisky Association (SWA), even if distilled in Scotland – least of all the recipe on page 118 for cannabis whiskey (included purely for academic interest).

Try making that in the UK and you would be in big trouble. But in Canada, by the end of next year, that might be just fine provided you have a federal distilling licence. Canadians are now free to buy cannabis over the counter, and in 12-18 months that relaxation of the rules is expected to extend to edible cannabis, which includes drinks.

The trouble with eating the stuff (so I’m told) is that it takes ages to have an effect. Picture yourself at a party, feeling shy and completely incapable of flirting with that rather gorgeous person you’ve just met, despite devouring a plateful of cannabis cookies.

A few hours later, the buzz suddenly kicks in and your inhibitions dissolve as you begin to feel stoned, but to no avail as you are all alone, heading home in the back of a taxi. So, in other words – it’s not much of a social lubricant.

The Spectator magazine once imagined an ambassador’s drinks party at some point in the future when smoking and booze had been banned, while cannabis was legal, though to lubricate the guests it had to be inserted as a suppository. Somehow that’s never going to catch on…

New leaf: Canada has joined a growing list of countries and states to legalise cannabis

But, assuming we don’t go back to Prohibition for alcohol, maybe cannabis whisky could be a solution. Or perhaps cannabis highballs, as the carbon dioxide in the soda would help speed up the journey from mouth to brain via liver, as it does with Prosecco and Champagne. That’s why fizz is made for parties.

No doubt scientists are working day and night on cannabis to try to narrow this gap between cause and effect. However, in Canada and in the growing number of American states where recreational cannabis is now legal, it is unclear what sort of drinks will be allowed in a year’s time.

Initially, the authorities may limit the number of permitted intoxicants per bottle to only one, giving producers a choice of whether to include alcohol or Tetrahydrocannabinol (THC), the psychoactive ingredient in cannabis. You imagine such rules would be hard to apply in a cocktail bar.

The most likely scenario at present seems to be alcohol-free beer with THC, and a good partner could be something like Brewdog’s surprisingly tasty Nanny State at 0.5% abv. Alcohol-free wines are best avoided, and the same goes for spirits though, believe it or not, there are examples of non-alcoholic whisky. Googling around, you can even find references to 0% abv vodka, otherwise known as water.

The alternative would be to keep the spirit intact and flavour it with the various essential oils, known as terpenes, in the cannabis after removing the THC. To scientists, these terpenes, or terpenoids as they become through oxidation, are organic hydrocarbons.

With names like limonene, pinene and eucalyptol, they would enhance the spirit’s character and fragrance, but they wouldn’t make you high – although this may lessen its appeal to the estimated five million Canadians who bought weed last year.

High and low: New drinks could be created using the flavour compounds found in cannabis

It’s hard to see them sipping on a THC-free spirit, saying: ‘Hey man, dig that aromatic intensity.’ Like former US President Bill Clinton who, as a student, famously smoked but didn’t inhale, it just doesn’t ring true.

But it makes sense for the booze trade to engage with cannabis as legalisation spreads out from Canada and across the US. A recent report by the Canadian Imperial Bank of Commerce predicted that the country’s cannabis sales will be worth C$6.5bn by 2020, while the spirits market netted C$5.1bn last year.

Should distillers be quaking in their boots? Well, Chris Watt, Whyte & Mackay’s CEO for the Americas, didn’t sound too worried when I asked him. He felt it was going to be more of an issue for beer and wine, and said: ‘From a single malts perspective, it just feels a very different consumption occasion and potentially a different demographic.’ With a Dalmore 12-year-old he may be right, but what of Jameson or Jack Daniel’s and Coke?

There have been myriad reports on the potential dent in sales that legalisation could cause the drinks trade, but Spiros Malandrakis, Euromonitor’s senior alcoholic drinks analyst, believes that the booze barons need to realise that they can’t stop the big green tide. ‘They can complain, but this is going to happen,’ he says. ‘They can either sit in their offices and say: “Oh my God, our industry’s going to die,” or they can do something and evolve alongside it.’

Which brings us to the UK, and whether the country’s politicians can continue to hold back the tide like King Canute. I suspect not, and that, once recreational cannabis gains Federal approval across the US, Britain will slowly succumb, initially on medicinal cannabis.

By then, the Canadian government will have proved that you can take a multi-billion dollar industry out of the hands of criminals and control it properly for the first time. Alcoholic drinks with THC will then follow and, eventually, some time next century, the SWA will give its approval.

One day it won’t be just peat smoke billowing from the pagoda roof at Bowmore.