Another of Speyside’s workhorses, Allt-a-Bhainne was one of the first distilleries designed to be operated by one person.

All the equipment is contained in a single room with mash tun at one end and four stills at the other. Originally designed to produce a light, estery malt for blending requirements, in recent years it has also occasionally produced a heavily-peated variant. Allt-a-Bhainne is only very occasionally seen as a single malt bottling. 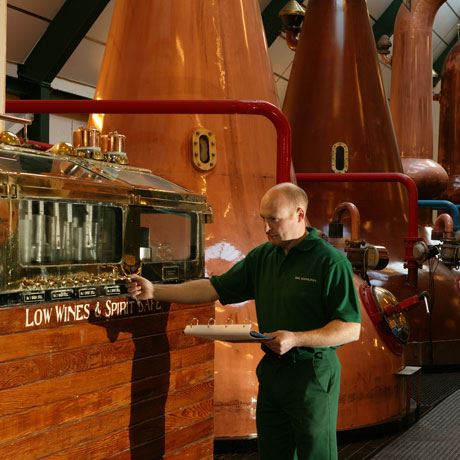 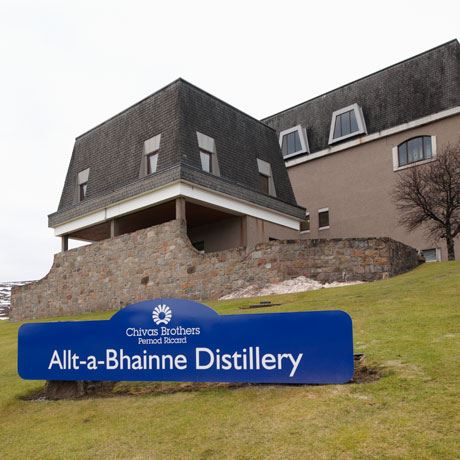 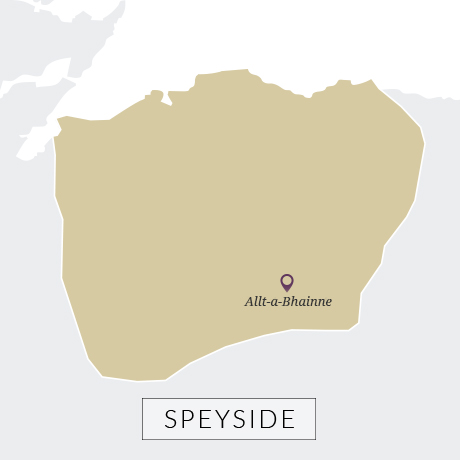 Its modernist design singles Allt-a-Bhainne out as an oddity within Speyside, a region whose distilleries often seem to have sprouted from the bedrock. It was built by Seagram in 1975 during a period of growing optimism in the Scotch industry when the Canadian firm (which at the time owned Chivas Regal) was increasing its production capacity. It has had a chequered history with periods of being placed into mothballs (the most recent being between 2003 and 2005). With global demand rising, owner Chivas Brothers has it in full production once more.