It might be reasonably assumed that Jura would make a peaty whisky. After all, the island is smothered in the stuff. It was, however, built in the 1960s with backing from a major blender, Mackinlay, and at that time light whisky was what was needed. Jura, therefore, conformed to the requirements of the market.

Inside, Jura is a classic 1960s distillery – large rooms, a clear flow from a semi-lauter tun, stainless steel washbacks, and a capacious stillhouse with very tall (7.7m) stills with a capacity of more than 20,000 litres. Clearly it was not built solely to satisfy the thirst of the local populace. Relatively short ferments give Jura background rigidity – meaning that this is a whisky that needs time (or active casks) to open fully.

Peated malt began to be run for a small period annually from the late 1990s onwards. This was blended with unpeated in some expressions, as well as on its own. From 2018, the core range of Jura has a subtly smoky character, from incorporating a small amount of peated spirit into the vattings. 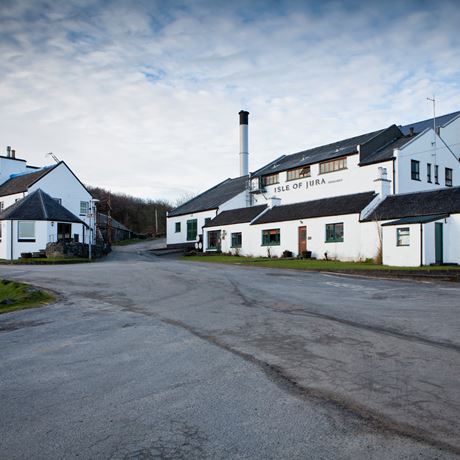 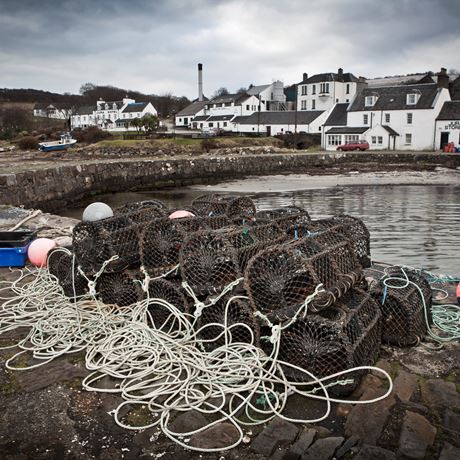 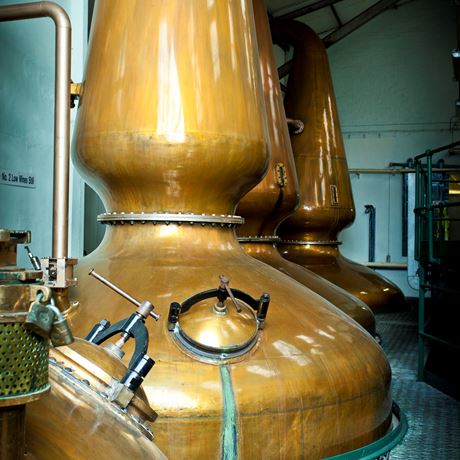 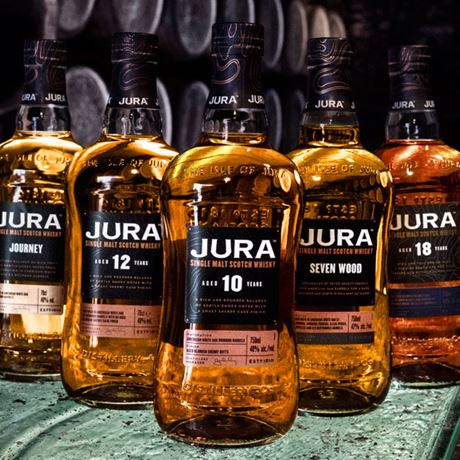 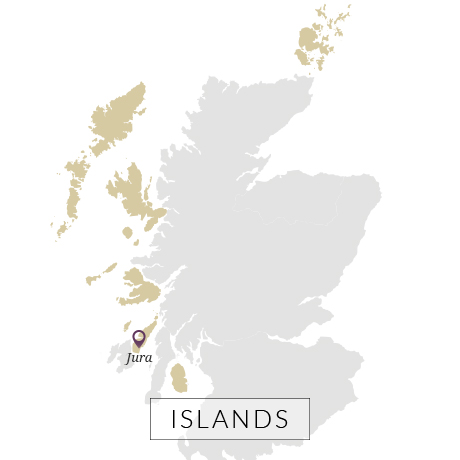 Although the large southern Hebridean island of Jura has always been sparsely populated, it has a fascinating distilling heritage. In the 18th century, it was reported that islanders made spirit from rowan berries, as well as using the bitter fruit to acidulate their whisky punch.

The distillery went through a number of names: Craighouse, Small Isles, Caol nan Eilean, Jura, and various owners without garnering any great fame until 1901 when it was among many to close in whisky’s first great sales slump. The cost in running a remote island site is always expensive, and a lack of direct transport to the mainland (all ferry traffic still has to go via Islay) also counted against its survival.

It was these economics which ruled Jura out of the distilling equation for over six decades. Then, in 1963, two of the island’s landowners, Robin Fletcher and Tony Riley-Smith, decided to start whisky-making once more – predominantly as an incentive to stop any further decline in the island’s population. With financial backing from Leith-based blender Charles Mackinlay & Co, the famous designer William Delme-Evans was hired and a large, modern distillery was built which was further expanded in 1978 to its current size. In 1985, Invergordon Distillers bought Mackinlay and from there the firms were folded into Whyte & Mackay.

It began being sold as single malt in 1974, and the range has grown steadily since. The start of peating saw some smoky whisky being included in the no-age Superstition brand, launched in 2002, while a 100% smoked Prophecy was released in 2009.

In 2018, Jura underwent a radical revamp, introducing a completely new range of whiskies with a lightly smoky character, from the entry-level NAS expression Jura Journey through 10-, 12- and 18-year-old malts, plus Jura Seven Wood. Further expressions, including Jura Time and Jura Tide, have been launched into travel retail.