La Martiniquaise designed Starlaw distillery to produce a light, easy-drinking whisky that not only matched the style of its Label 5 blend, but could also be easily traded for malt whisky from other distilleries. The distillery also has the ability to produce neutral grain spirit. The column stills were designed to show no high supporting steel work, which resulted in significant works to ensure they are supported at the foundation. 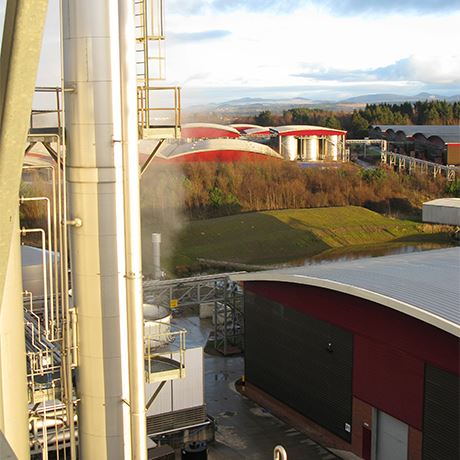 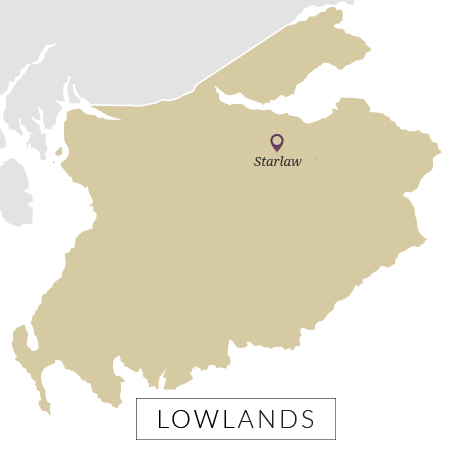 Although the La Martiniquaise group claims to be France’s second-largest spirits group and is owner of two Scottish distilleries (among an extensive portfolio that also includes rhum and Port) it prefers to keep itself out of the glare of publicity.

In 1969 it launched Label 5, currently France’s No.2 blend (and the world’s ninth biggest Scotch) and in 2004 built a maturation, blending and bottling plant in Bathgate over 28 hectares to service the brand.

The move into production started in 2008 with the purchase of Glen Moray from Glenmorangie and with the widening of the Label 5 portfolio – there are now four variants – there was need to have greater control of the group’s grain requirements.

The plan to build Scotland’s first new green-field grain distillery for 40 years started in 2007 and the project was completed three years later. With a capacity of 25 million litres, the plant is fully integrated within the firm’s existing facility.

Starlaw produces both grain and grain neural spirit (the latter for vodka). The columns have been designed to be flexible allowing different fractions to be withdrawn and copper interaction increased thereby giving the group’s blenders a wider range of flavours to work with.

In 2015 Starlaw is due to build a further four maturation cellars on the premises, bringing its total tally up to 25.